AMMAN—UNFPA Goodwill Ambassador, Princess Basma Bint Talal, received the Fund’s The State of World Population 2010 at a round-table forum at the United Nations building. The report, entitled “From Conflict and Crises to Renewal: Generations of Change”, was presented to her Royal Highness by Luc Stevens, the United Nations Resident Coordinator/UNFPA Representative.

In welcoming remarks, Mr. Stevens thanked Princess Basma for her support to UNFPA as Goodwill Ambassador. He also emphasized the role and responsibility of all United Nations organizations in helping countries prepare for any kinds of disasters.

Princess Basma expressed appreciation for the efforts invested in preparing such a report, which highlighted the real stories of women in peace and war. She also stressed the need for enhanced cooperation among civil society and international organizations to support vulnerable groups, especially women, in crises. 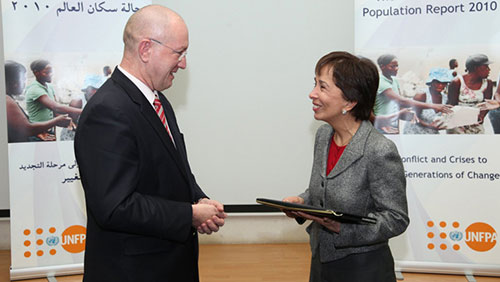 Speaking on the report, Muna Idris, UNFPA’s Assistant Representative, said it highlighted serious human conditions and also the many promising efforts made by concerned people to understand post-conflict trauma within their own cultures and to seek ways to alleviate the sufferings around them.

Ms. Idris explained that this year’s report differed from previous editions, as it was based, for the first time, on life stories from territories that had experienced conflicts or disasters: Bosnia and Herzegovina, Liberia, Uganda, Timor-Leste, Occupied Palestinian Territory and Haiti.

In addition, the report discussed Jordan, where many Iraqis had fled from the violence of the latest war. It touched on the important role that the Jordanian Government played in providing services to help the refugees. 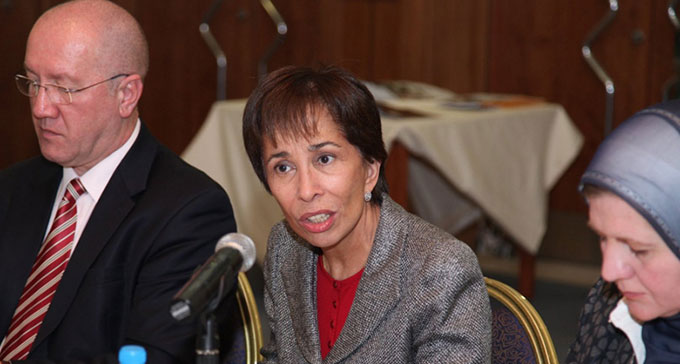