Obstetric fistula is one of the most serious and tragic childbirth injuries. A hole between the birth canal and bladder and/or rectum, it is caused by prolonged, obstructed labour without access to timely, high-quality medical treatment. It leaves women leaking urine, faeces or both, and often leads to chronic medical problems, depression, social isolation and deepening poverty. Hundreds of thousands of women and girls in sub-Saharan Africa, Asia, the Arab States region, and Latin America and the Caribbean are estimated to be living with fistula, with new cases developing every year. Yet fistula is almost entirely preventable. Its persistence is a sign of global inequality and an indication that health and social systems are failing to protect the health and human rights of the poorest and most vulnerable women and girls. As the leader of the global Campaign to End Fistula, UNFPA provides strategic vision, technical guidance and support, medical supplies, training and capacity building, as well as funds for fistula prevention, treatment, and social reintegration and advocacy programmes. UNFPA also strengthens sexual and reproductive health care, including timely and quality emergency obstetric services to prevent fistula from occurring in the first place.

Obstetric fistula has been virtually eliminated in industrialized countries through the availability of timely, high-quality medical treatment for prolonged and obstructed labour – namely, Caesarean section. Today, obstetric fistula occurs mostly among the poorest and most marginalized women and girls, especially those living far from medical services and those for whom services are not accessible, affordable or acceptable. Childbearing in adolescent girls before the pelvis is fully developed, as well as twin pregnancy, breech position of the baby, malnutrition, small stature and generally poor health conditions are among the physiological factors contributing to obstructed labour. However, any woman may experience obstructed labour, including older women who have already had babies.

Left untreated, obstetric fistula causes chronic incontinence and can lead to a range of other physical ailments, including frequent infections, kidney disease, painful sores and infertility. The physical injuries can also lead to social isolation and psychological harm: Women and girls with fistula are often unable to work, and many are abandoned by their husbands and families, and ostracized by their communities, driving them further into poverty and vulnerability.

Prevention is the key to ending fistula. Ensuring skilled birth care at all births and providing timely and high quality emergency obstetric care for all women and girls who develop complications during delivery would make fistula as rare in developing countries as it is in the industrialized world.

These issues are likely to be exacerbated due to COVID-19, as health systems struggle to cope with the pandemic and as sexual and reproductive health services are potentially sidelined. UNFPA estimates that COVID-19 could result in an additional 13 million child marriages taking place that otherwise would not have occurred between 2020 and 2030. And if significant disruptions to family planning services are seen for an average of six months, the world could see 47 million women in 114 low- and middle-income countries being unable to use modern contraceptives. All of these issues could affect the incidence of obstetric fistula.

In 2003, UNFPA and its partners launched the global Campaign to End Fistula, which is now active in more than 55 countries, working to prevent and treat fistula, and to rehabilitate fistula survivors. To date, UNFPA, as the leader of the global Campaign, has directly supported more than 113,000 surgical repairs for women and girls, and partner agencies have supported thousands more. These treatments help to restore survivors' health and hope, empowering them to reclaim their lives and dignity.

Thousands of women and girls have also received reintegration services, including skills training and small grants to start businesses, with support from the Maternal and Newborn Health Thematic Fund. UNFPA has also supported the training of thousands of health workers, including surgeons, midwives, nurses and community health workers. These health professionals all play a crucial role in treating fistula, preventing its occurrence in the first place, and identifying survivors and referring them to care.

In 2013, the United Nations commemorated the first International Day to End Obstetric Fistula, on 23 May, to raise awareness of this issue and mobilize support around the globe. The International Day to End Obstetric Fistula is observed annually around the world by partners committed to ending fistula. In 2016, on the occasion of the day, UN Secretary-General Ban Ki-moon called upon the world to end fistula within a generation, a message reiterated by UNFPA's Executive Director. In December 2018, Member States adopted a new UN resolution on fistula, calling for an end to fistula within a decade, in line with the 2030 Agenda for Sustainable Development.

This bold vision raises the bar for addressing fistula, putting it on the same level as other major global initiatives, including ending preventable maternal and newborn deaths, ending HIV, ending female genital mutilation and eradicating polio. 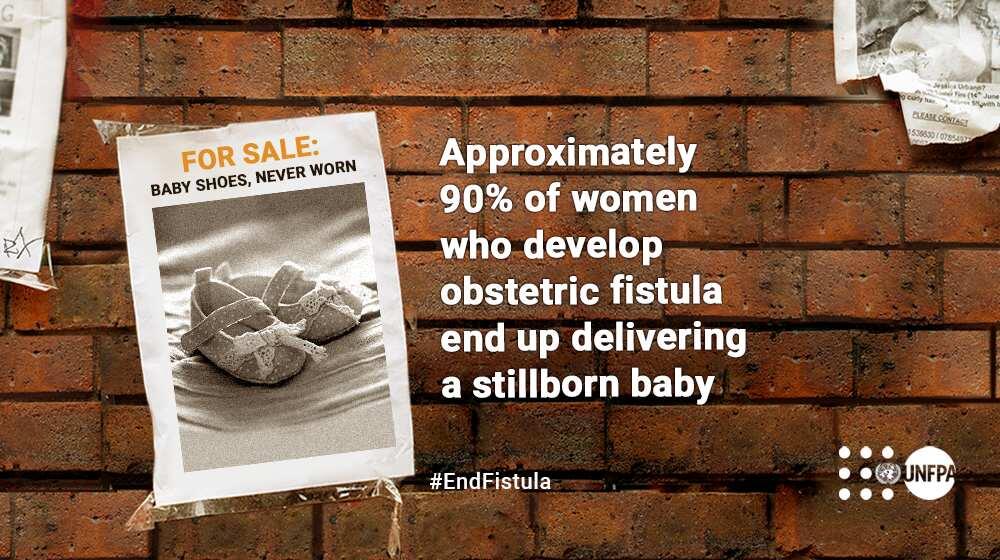 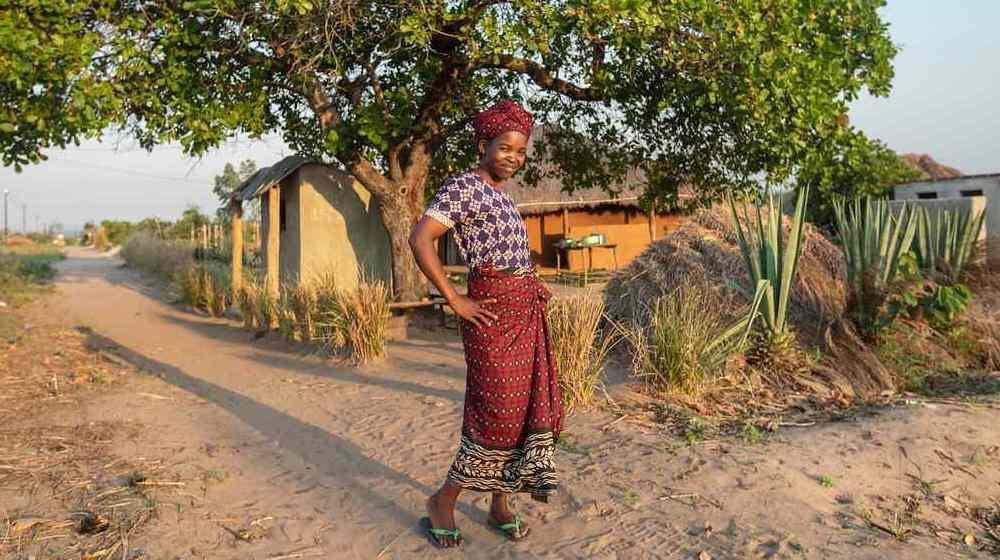 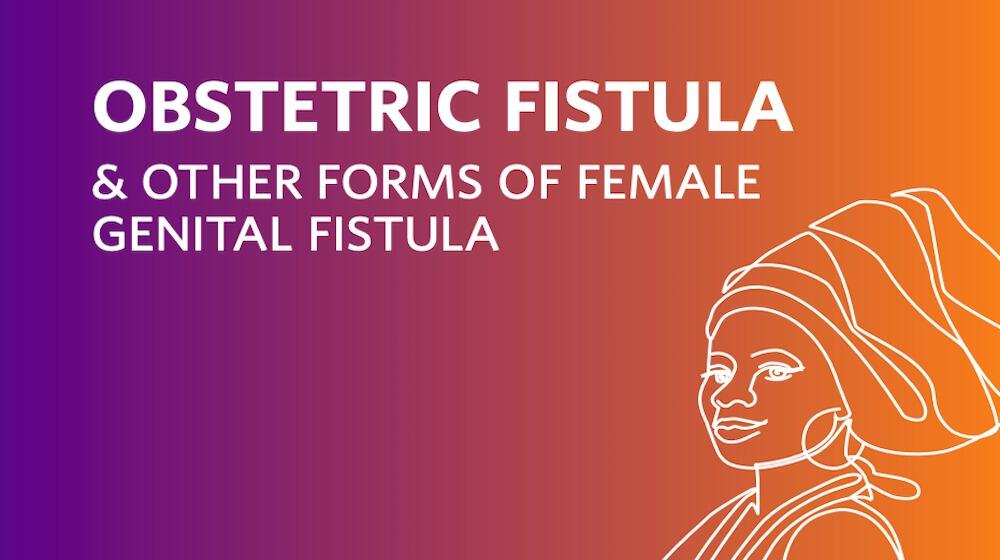 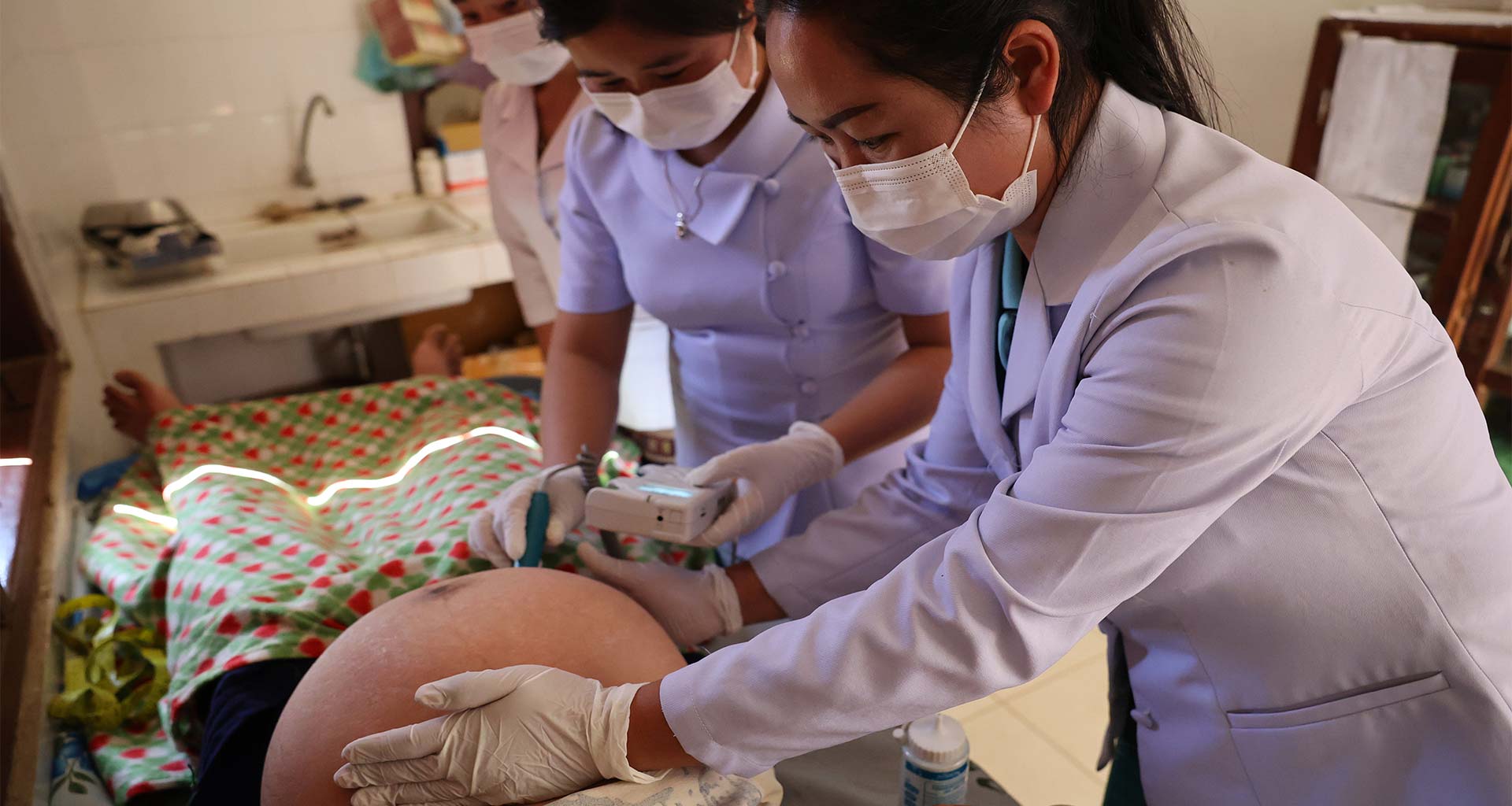