Much the world is poised experience a demographic dividend – the economic growth that can occur when a population shifts from one with many dependents and comparatively few working-age people to one of many working-age people with fewer dependents. Demographic dividends have helped produce unprecedented economic growth in several East Asian countries. The Republic of Korea, for example, saw its per-capita gross domestic product grow about 2,200 per cent between 1950 and 2008.

But, as Egypt’s Minister of Population Dr. Hala Youssef told the policymakers and leaders present, “The demographic dividend is not automatic... It is a window of opportunity.”

Igniting the potential of 1.8 billion

To realize the dividend, countries must invest in the empowerment, education and employment of their young people. There are 1.8 billion young people in the world today, representing a staggering amount of human potential. Yet too many of them are trapped in poverty, with few opportunities to learn or to earn a decent living. 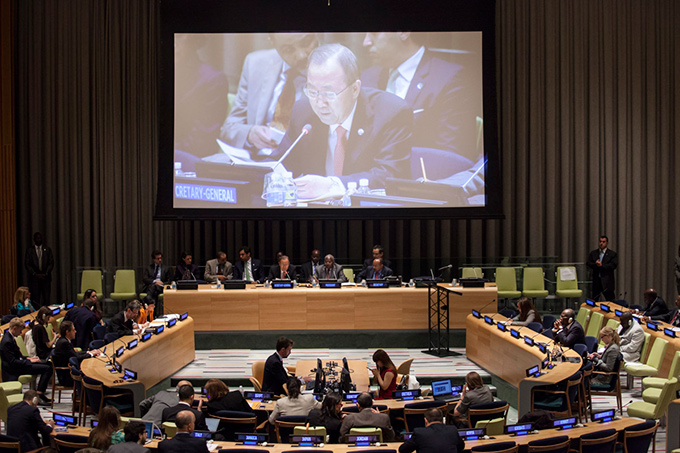 “We all appreciate the massive waste of human capital in our world when 74 million young people cannot find work,” said Mr. Ban.

Young people are hungry for better options. “They are rejecting the status quo and demanding a better future. Many of them are claiming their right to a decent living, and they are willing to take risks to do so. We have seen in recent times the high numbers of young people taking risks around the Mediterranean, trying to reach a better life,” said Dr. Babatunde Osotimehin, Executive Director of the United Nations Population Fund, UNFPA.

But if these youth are allowed to realize their full potential, developing countries could see huge economic gains.

“The more young people grow into well-educated adults with fewer dependants and new opportunities to acquire wealth, savings and purchasing power, the more they will be able to accelerate economic growth and development,” said Sam K. Kutesa, President of the 69th Session of the General Assembly, who convened the high-level event with support from UNFPA and the International Labour Organization.

“It is estimated the African continent could add up to about $500 billion per year to its economy for as many as 30 years,” Mr. Kutesa added. 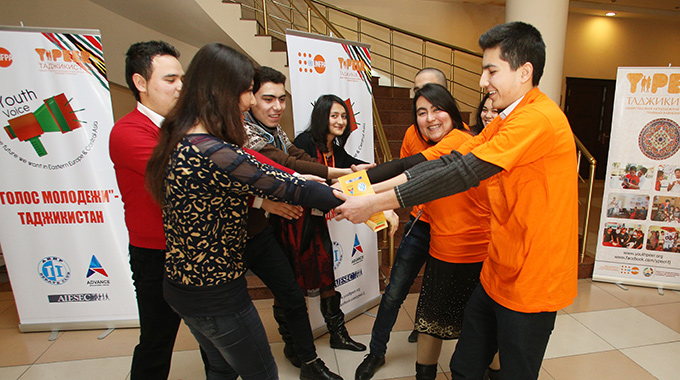 The world now has 1.8 billion young people. With the right investments, they can transform the world. Peer educators in Tajikistan. © UNFPA/Nozim Kalandarov

Steps towards a better future

There are clear steps that can help countries achieve a demographic dividend.

Increasing investment in young people is key. This includes promoting quality education that prepares them for future opportunities. A “diversity of training will be needed – from quality primary and secondary schools to technical training, to two-year colleges and to research-intensive universities," said Dr. Osotimehin.

Also essential is “empowering women and girls, and ensuring their sexual and reproductive health and human rights,” he noted. “This would enable them to determine when and whom to marry and the number of their children.” When women and girls are able to make these decisions, they are better able to complete their educations and pursue jobs.

Countries must also increase employment opportunities for young people. Daniel Johnson, Minister of Youth, Sports and Culture of the Bahamas, stressed this point. “Many young people will be forced to sit on margins of society, waiting on the train track for a train that may never come,” he said, referring to the lack of employment options available in many communities.

There is also a critical need to involve young people in decisions that will affect them. “We cannot talk about sustainable development without the active involvement of youth,” Mr. Ban said, adding: “When we give young people decent jobs, political weight, negotiating muscle, and real influence in our world, they will create a better future.”

“Let us take these ideas forward to harness the demographic dividend, holding human rights, gender equality, human capital, and dignity at the center of all our investments,” Dr. Osotimehin said at the close of the event. “Only by ensuring opportunities that open the future to all young people do we create a better future.”