THIMPHU, Bhutan – The pandemic has laid bare many painful truths, not least how tough and isolating the road is when we go through difficult times alone. We’ve seen how working in solidarity is the way to reach where we are heading faster. This International Women’s Day, on 8 March, we celebrate the women supporting other women, even when their own burdens are great and growing. When women uplift other women, we all rise.

Bus conductor Kelsang Tshomo is just such an example.

When Bhutan’s queen, Her Majesty Gyaltsuen Jetsun Pema Wangchuck, voiced concern over the number of domestic violence cases reported during the first COVID-19 lockdown last summer, Ms. Tshomo called colleagues and friends every few days to check in on their well-being. If anyone was experiencing abuse, she gave them crucial information in seeking assistance.

Ms. Tshomo had participated in an information session on preventing gender-based violence, organized by UNFPA in collaboration with local non-profit partner RENEW (Respect, Educate, Nurture and Empower Women), which taught her any form of abuse against women is a violation of human rights. It was a revelation, as she had grown up thinking gender-based violence was normal.

The eldest of four siblings, Ms. Tshomo had grown up with the traditional belief that girls took care of the household while boys pursued opportunities outside of the home. She dropped out of high school to help support the family and so her siblings could complete their educations and eventually became a conductor at Thimphu City Bus Services, where she took on the role of peer counsellor to a staff of 87.

“The UNFPA training made me realize that any form of abuse – verbal, emotional, sexual or physical – is not acceptable,” she said. According to RENEW, reports of gender-based violence in Bhutan increased nearly 37 per cent in 2020 from the previous year.

As a counsellor, Ms. Tshomo speaks up at work meetings to educate colleagues about forms of gender-based violence and how to report cases and access psychosocial support. “It was considered a taboo. It took some time to convince colleagues that gender-based violence affects both men and women and that participation by everyone is required to end it,” she said. “Colleagues, some of whom had lived subdued lives in fear of their husbands, are now confident and engage in discussions during these meetings.”

Now she and her team are taking their support and advocacy on their routes. Harassment and abuse in public spaces is all too common in South Asia, data show. This includes public transport.

In Bhutan, city bus drivers and conductors interact with a diverse range of passengers every day – including vulnerable young women – making them ideal change-makers in Bhutanese society.

UNFPA’s partnership with Thimphu City Bus Services has trained 25 bus drivers and conductors on COVID-19 safety measures, gender-based prevention and sexual and reproductive health and rights education and will expand to 20 more buses. It has also trained 47 taxi drivers to look for signs of abuse in passengers.

While the response to her advocacy has largely been positive, older women with traditional notions of male superiority tell Ms. Tshomo to mind her own business. It doesn’t stop her from continuing to spread the message. “To bring about a real change, women have to provide each other the space to share, learn and grow together,” she said. “Women supporting women is crucial to ensure a safe, equal and happy society for both men and women.” Buses may traverse the same paths day after day, but attitudes like hers can take a community far. 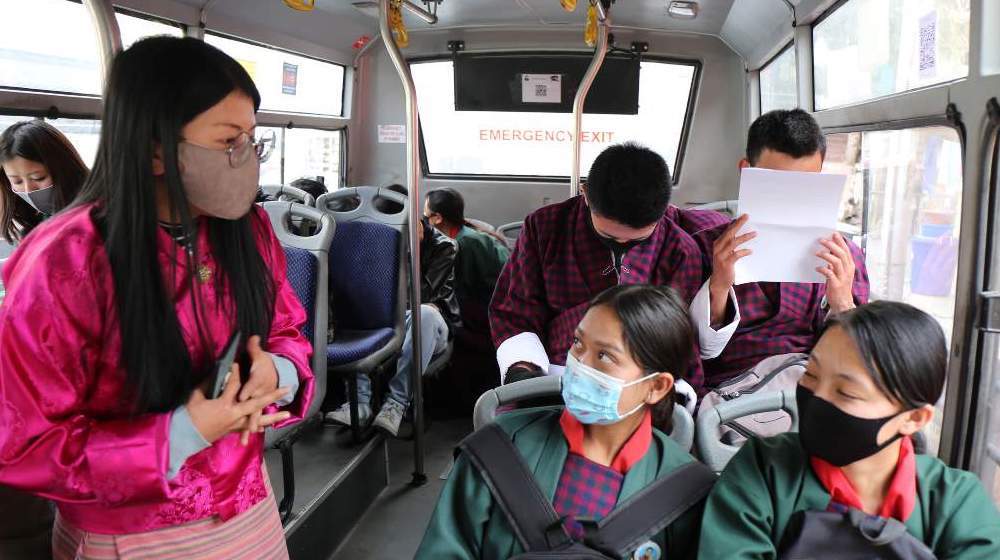 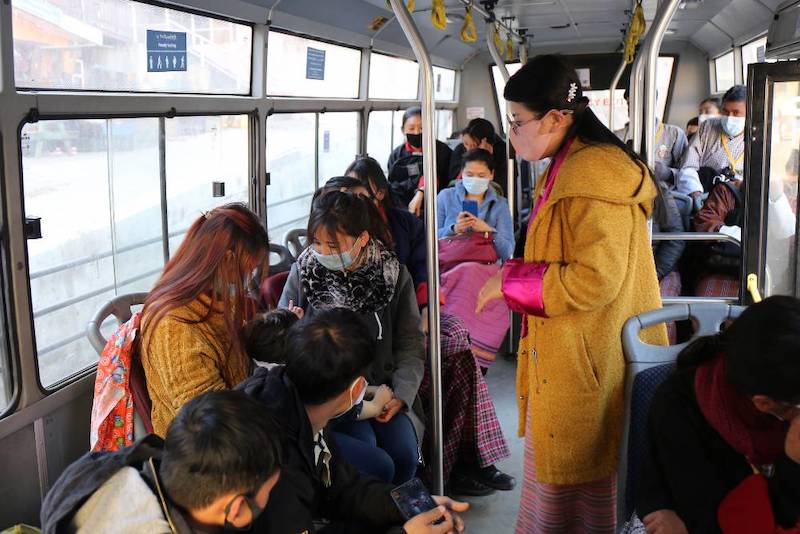