“We are working against all odds”: Despite progress, FGM and child marriage numbers cause alarm

DOMBOYA, Ethiopia/NEW YORK, United Nations – Tadelech Ermias remembers the ridicule she faced when she refused to undergo female genital mutilation (FGM), which was considered a requirement for brides in her community. “It was inconceivable then for a girl to get married without being cut,” she said.

That was 10 years ago, in the southern Domboya District of Ethiopia.

Members of her family were aghast. But she gathered strength from the lessons she learned in a special group of girls – the uncut girls club.

“The teachings I received in the discussions in the club were revealing to me on the harms of FGM,” she recalled recently.

The uncut girls club, supported by the local NGO KMG-Ethiopia, also provided lessons about the harms of child marriage, abduction and other harmful practices, she explained.

Despite the ridicule, she was steadfast in her decision. “I got married uncut,” she said.

FGM can cause dangerous, even deadly, complications in childbirth. When Ms. Tadelech safely gave birth a year after her wedding, she felt assured she had made the right choice.

Since then, she has been a prominent advocate against FGM. She says nearly 40 women in her community have married without being cut. UNFPA has since become a partner of KMG-Ethiopia and Ms. Tadelech in these efforts.

Twenty-five years ago, world leaders at the International Conference on Population and Development agreed that countries must uphold each individual’s right to make free and informed choices over their own sexual and reproductive health. This includes the right to live without gender-based violence and free of harmful practices that violate girls’ rights, such as FGM and child marriage.

Rates of both FGM and child marriage have declined in the intervening years. In 1994, in 24 countries where FGM is practiced and data are available, 49 per cent of girls were affected. Today, 31 per cent are. In 1994, 34 per cent of young women were married before age 18. Today, it is 25 per cent.

Yet by some measures, the situation is actually getting worse.

Because of population growth, the absolute number of girls affected by these practices is actually increasing.

“We’re needing to speed up,” said UNFPA Executive Director Natalia Kanem at a high-level panel at the United Nations in New York on Wednesday.

Attended by ministers from around the world, the panel shone a spotlight on the enormous work that remains to be done.

“We know if we’re going to meet the target to end child marriage by 2030, we need to make progress at least 12 times faster than we are now,” said Darren Welch, Director of Policy for the United Kingdom’s Department for International Development.

“Child marriage, FGM and other harmful practices, and sexual and gender-based violence, condemn women and girls to being left behind,” Dr. Kanem said

“Sacrificing ourselves for the work”

UNFPA and partners are working to accelerate progress against these practices.

The UNFPA-UNICEF Joint Programme to Eliminate FGM and the UNFPA-UNICEF Global Programme to Accelerate Action to End Child Marriage are supporting local partners around the world, reaching tens of millions of people with information about the harms of these practices.

Government policies against these practices have also been strengthened. And programmes are helping to empower girls with sexual and reproductive health information and services, as well as access to education – tackling some of the gender inequalities that fuel these harmful and discriminatory practices.

“I can say that our hard work has paid dividends, as we are seeing so many tangible results,” said Tagesech Bishe, who is also working to end FGM in Ethiopia’s Domboya District. “I feel that we are saving girls from the ordeal that I and other older women went through.”

But the path forward will not be easy, Ms. Tadelech acknowledged.

“We are working against all odds. We cover a lot of ground. Some of the localities are remote and inaccessible to transportation, which makes our work even more challenging,” she said. “We are sacrificing ourselves for the work.” 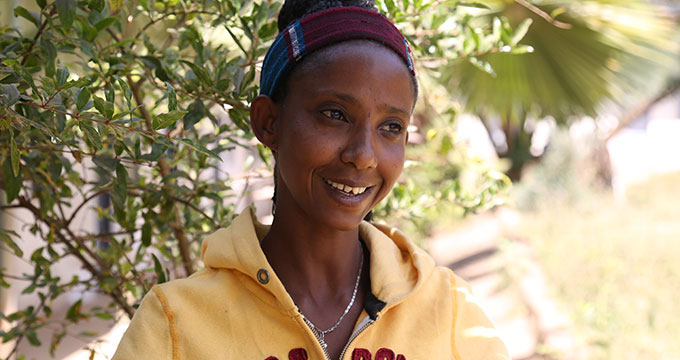 “We are working against all odds”: Despite progress, FGM and child marriage numbers cause alarm