UNITED NATIONS, New York – How much would it cost to achieve a world where no woman dies from pregnancy-related causes, lacks access to modern family planning, or is subject to harmful practices such as female genital mutilation (FGM) or child marriage – all in about 10 years?

New preliminary figures compiled by researchers from UNFPA and Johns Hopkins University, in collaboration with Victoria University and Avenir Health, reveal that to end preventable maternal deaths in 76 high-burden countries by 2030, annual spending would need to rise six-fold, to $7.8 billion from $1.4 billion in 2018.

Achieving zero women dying from preventable causes related to childbirth within the next decade in those 76 countries has a total price tag of $61 billion in direct health service costs. This includes paying for medical staff, drugs and obstetric supplies.

More investment in maternal health would also make easily preventable and treatable conditions that arise from complications in childbirth – such as obstetric fistula – extremely rare.

Updated figures will be made public in November at the Nairobi Summit on ICPD25 as the analysis is refined and expanded.

Modern family planning is not only a human right – it saves women’s lives by reducing the incidence of unintended pregnancies. Family planning is additionally essential for achieving gender equality and women’s empowerment, and it is a key factor in reducing poverty. Yet it remains out of reach for millions around the world.

Ensuring universal access to family planning in 78 countries with high levels of unmet need by 2030 would require almost doubling the users of modern contraception to 560 million, from 300 million in 2018. This would require twice the annual spending: $4.5 billion compared to $2.3 billion last year.

The total bill would be in the region of $40 billion.

The money would go towards ensuring a steady, reliable supply of quality contraceptives and strengthening national health systems in these countries. It could also pay for information campaigns raising awareness of the benefits of voluntary family planning, and help gather data to support this work.

Return on investment of girls’ education is “phenomenal”

Eradicating FGM in 30 countries with a high incidence of the practice by 2030 would cost $2.9 billion over the next 10 years. This is enough to save 26 million women from being cut for non-medical reasons, and comes out to $111 per woman.

FGM is often a precursor to child marriage, another harmful practice that could be reduced by half by 2030 in 31 high-prevalence countries, at a cost of $30 billion spent on interventions related to education and changing social norms.

Ending child marriage is also makes economic sense. The new estimates show that every dollar invested to reduce child marriage in these countries could yield more than $7 in direct benefits from more education.

When a girl has more years of education – whether she returns to the family farm or gets a job in the formal employment sector – her earnings increase dramatically, said Bruce Rasmussen, a professor from Victoria University who took part in the costing exercise. The preliminary data show that a woman who has completed six years of primary education earns on average at least four times more than a woman who dropped out after only a year, as child brides often do.

"If you extend that to someone who completes secondary education, it can be 50 times more," he told UNFPA. When you factor those income gradients into extending a girl's education, he emphasized, the return on investment is “phenomenal." 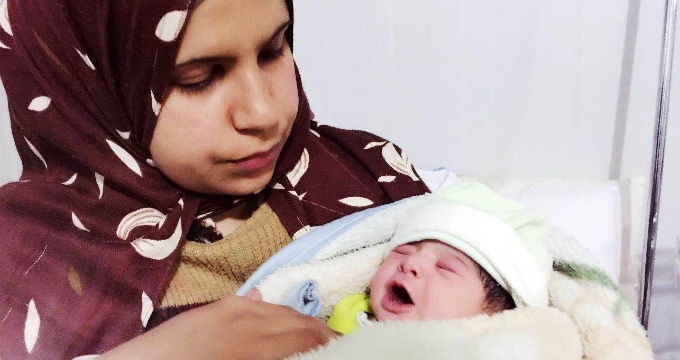