Gemila had been married off, despite her protests, at age 17. A few years into her tumultuous marriage, the conflict in Syria forced their family to flee to Iraq.

Eventually, the couple decided to separate. Gemila’s husband promised to give her custody of their son in exchange for all of her savings – but then he disappeared with both.

She tried to start a new life in Turkey. But the loss of her son, on top of the horrific violence she witnessed during the conflict, left her reeling.

“These things were circling in my mind,” she said.

The grinding conflict in Syria has greatly increased the vulnerability of women and girls. Even after escaping the country, many continue to struggle with the violence, fear and trauma they tried to leave behind.

“Coming here has helped,” Gemila said of the safe space where she received counselling.

Bissal* had an experience similar to Gemila’s. “I was married at 14. My husband had a very short temper and he was violent,” she told UNFPA.

She was able to obtain a divorce only after her husband beat her sister, as well. “He insulted my sister, then he slapped her across the face,” Bissal recalled.

A few years later, she lost her sister in the conflict: “A bomb hit my sister’s home, killing her, her husband and her two year old,” she said. “My sister was pregnant.”

Bissal, now 25 and living in Sanliurfa, visits one of the safe spaces frequently. “I feel relieved when I talk to the counsellors,” she said.

“The most common issues I see are trauma and violence,” explained Najdin Askar, a psychologist at one of the centres. “Some of it is violence triggered by conflict. Others were subjected to violence by their husbands before the war. Others are experiencing financial hardships that increase stress and violence.”

Counsellors work with the survivors to find lasting solutions. “Shelters can be made available, protection can be arranged. But if the wife wants to stay with her husband, social workers get involved and intervene with the husband,” Ms. Askar said.

Yet many are afraid to seek help.

“Women don’t want to be seen coming here. They cover up and only reveal their faces in the privacy of the consultation room,” psychologist Besime Yayuz said.

And many women do not recognize their experiences as abuse, said Sevda, a social worker. “Physical violence they know is violence and wrong. But they are often unaware of other forms of violence, such as economic violence or restricting freedom.”

Some survivors come forward only after attending these sessions.

“As they come to the trainings, over time, trust is built,” Sevda said. “They might even say, ‘I am a survivor of domestic violence, which I didn’t know before.’”

The sessions also help parents and spouses change their ways.

“One participant said she was about to marry off her 18-year-old daughter but she decided against it,” Sevda said. “We also see parents willing to sign their daughters up for school after speaking to us.”

The four safe spaces – part of UNFPA’s support to the Turkish government’s humanitarian relief efforts – reached 16,000 people with services related to gender-based violence in the first five months of 2018 alone.

For women like Gemila, these services have helped her move forward. 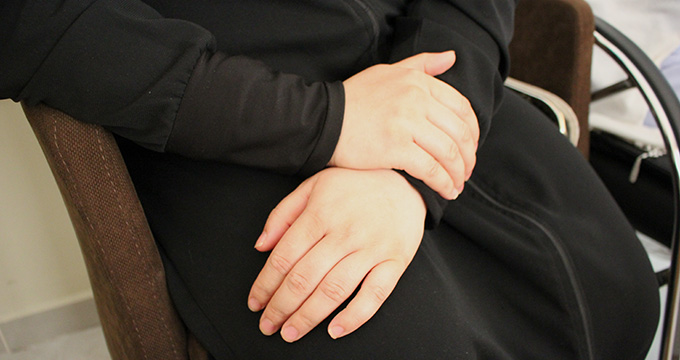