LIMA, Peru – Nearly every morning for the past six years Gabriela Gonzales has been going to the Honorio Delgado Community Mental Health Centre (CMHC) in the Jesús María neighbourhood. She is a psychiatrist who treats survivors of gender-based violence, a population that has risen during pandemic lockdowns.

Her first patients of the day are usually new to the recovery process, who come to see her after an initial health examination. Later she will review medical histories with specialists from the multidisciplinary team, which includes other psychiatrists, psychologists, family physicians, social workers and nurses.

Sometimes her patients are children or adolescents, a reminder that any of them could be her own three-year-old daughter. She applies her professional expertise on preventing violence at home – making sure child care responsibilities are shared with her husband, an executive – to show equality in practice – and instilling in her daughter that she has a right to a life free of violence and discrimination. “We teach her, for example, that no one should touch her body without her permission, not even a relative,” Dr. Gonzalez said.

According to the National Observatory of Violence Against Women and Family Members, between January and September 2020, almost 70 per cent (34,098) of all cases managed at CMHCs in Peru were female survivors of violence. In addition, 54.8 per cent of women between the ages of 15 to 49  reported having suffered physical, psychological or sexual violence by their partners at least once, according to the 2020 Peru Demographic and Health Survey.

Dr. Gonzalez describes the case of a woman who had experienced psychological, physical and sexual violence. “I kept a stone that she brought me from the hot springs during an empowering trip she made after having the courage to ask for help and follow through with her therapy,” she said. “For her, that stone symbolized the process she had gone through.

Now, the woman is in a different emotional place. “I come to the centre because of many years of depression and anguish,” she said. “Today, I feel fine and am making progress in my treatment.”

Through training provided by the UNFPA in partnership with the Ministry of Health, Dr. Gonzalez strengthened her case management skills, in particular her knowledge on the rights and needs of survivors. Last year, the partnership trained more than 13,000 health professionals to help survivors of violence both physically and mentally. In addition, pilots of joint case management combining socio-legal services supported by the Ministry of Women with health care services have been implemented. From January to September 2020, the programme has reached more than 34,000 women, adolescents and girls.

Today, Dr. Gonzales is even more aware of the important role of the health sector in the prevention of and response to gender-based violence. “Each case is an opportunity for improvement,” she said, “so that little by little, girls, adolescents and women can live free of violence.” 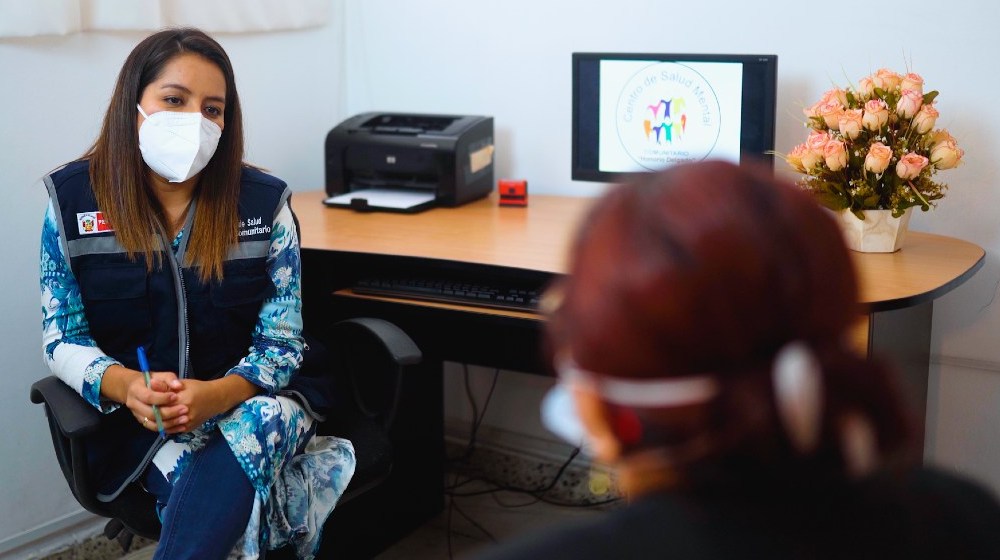