UNITED NATIONS, New York—United Nations Secretary-General Ban Ki-moon has said that UNFPA’s Thoraya Ahmed Obaid will be remembered for her global leadership on human rights, reproductive health and the empowerment of women.

Secretary-General Ban was addressing an event held last night to bid farewell to Ms. Obaid as head of UNFPA and introduce her successor, Dr. Babatunde Osotimehin, to United Nations partners, such as members of civil society and foundations. The event was organized by the United Nations Foundation.

Mr. Ban expressed confidence that the new Executive Director, Dr. Osotimehin, would carry the UNFPA torch forward and build on its achievements. “He has a wealth of experience and, more than that, true dedication to the health of women and children,” the Secretary-General stressed.

Responding to the Secretary-General’s remarks, Ms. Obaid said: “During the past 10 years, I have done my utmost to make UNFPA an institution of the 21st Century that is valued and trusted by partners.”

“After I leave UNFPA,” she said about her future plans, “I will return to my two countries. My own Saudi Arabia and, of course, my husband’s Egypt, and I will continue to be a champion for the ICPD cause. I plan to write and speak, and support civil society organizations to raise the voices of women and young people to support change from within.” 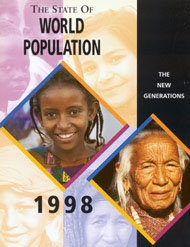