SAVANNAKHET, Lao People’s Democratic Republic — Kids grow up fast in some remote villages in southern Laos. With limited options to attend school, many opt to marry at age 14 or 15, or even younger, and start having children of their own.

That can be risky. When she was first pregnant at 15, Tod went into the forest to give birth, following local custom in her ethnic group. She barely understood what was happening, and had no one with her with the skills to help if anything went wrong. Tod survived, but her premature baby did not.

At 16, Tod is expecting again. This time, a community midwife has given her a prenatal exam and advice about staying healthy. Kiangthong, a graduate of a new government midwifery programme, now visits Tod’s village once every three months. She has advised Tod to deliver her baby at a clinic to be safe.

But Tod is not likely to go. The clinic is in another village, separated by two rivers. In the rainy season, Tod’s village is cut off completely.

“If we had a health centre here, I would use it,” Tod says. “But it’s too hard to get to the next village. I will probably give birth in the bush again.”

Geographic isolation and a lack of opportunity contribute to the perpetuation of child marriage and adolescent pregnancy in isolated communities like Tod’s. The age-old practice persists despite overall progress in addressing women’s health needs. The Lao Government has built health facilities in remote areas and deployed skilled providers like Kiangthong.

However, the country’s adolescent birth rate is still high. Each year, nearly one out of ten Laotian girls between 15 and 19 gives birth, according to the latest Social Indicator Survey. The proportion is much higher in remote areas, where some cultural practices, such as giving birth in the wild, pose additional risks to the health of young mothers and their babies.

Staying in school is key to reducing pregnancy

Starting a family is still considered the ‘normal’ thing to do for young teenagers in some communities in Lao PDR, especially for those out of school, and parents typically don’t object when their children decide to marry.

In Acheu’s village, few children attend classes for more than a year or two. The school for higher classes is in another village. Many parents don’t see the value of sending their children there, particularly girls, when they could be helping with housework instead.

Acheu and her husband dropped out of third grade to marry. She got pregnant right away and again soon after the first child was born. The young parents, now 17, want to wait two years before having a third baby, but they don’t know about modern contraceptive methods and are not using any.

Living off the land in is a constant challenge for the couple. Both wife and husband work from dawn to dusk to feed and care for their family. They want to build their own house, but dwindling forest resources are making it increasingly difficult to earn income from collecting firewood.

“If we had stayed in school, we could get jobs,” says Acheu. “We’d both like to go back to school, but it isn’t possible now.”

Enabling girls to stay in school is key to reducing pregnancy among adolescents and expanding their options, according to the State of World Population 2013 , a new report on the challenges of adolescent pregnancy, to be launched by UNFPA on 30 October.

“If a girl is educated, healthy, safe and skilled, she will invest in herself, her present and future family, her community and in the end this will help to build a healthy nation,” says Esther Muia, UNFPA Representative in Lao PDR.

To increase school enrolment in poor villages like this, residents need to be convinced that education brings real economic benefits. And to improve education in ethnic communities, linguistic and cultural barriers must be overcome along with geographic challenges.

“We have to improve primary education and secondary schools, to a point where everyone sees that education can really lead to better livelihoods and living conditions,” says Dr. Phankham Viphavan, Lao PDR’s Minister of Education and Sports. 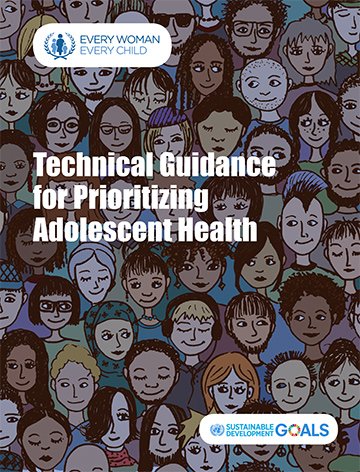