Tackling fallen uterus and its causes in rural Ethiopia

ASSOSA, Ethiopia – Santibe Kurben, 40, suffered for years from uterine prolapse – a condition in which the pelvic muscles been weakened, causing the uterus to slip down into, or even out of, the birth canal. The condition is often painful and debilitating.

The condition, also called fallen or dropped uterus, is widespread in the Benishangul-Gumuz Region of Ethiopia, where Ms. Santibe lives. The region has the country’s second highest of child marriage, according to Ethiopia’s 2011 Demographic and Health Survey. Skilled birth attendance – by a trained professional such as a doctor, nurse or midwife – also remains very low, in part because of harmful practices like unattended childbirth in the bush. Women are also expected to attend to laborious household chores soon after childbirth.

Fertility rates are also high in Ethiopia, and multiple pregnancies are a possible risk factor for the condition.

Ms. Santibe, like many women in the region, gave birth to all of her five children out in the bush, unattended.

Several years ago, she began to pass urine frequently, and suffered from bleeding and severe back pain, all symptoms of uterine prolapse.

When her condition worsened in the last year, she sought help from a traditional healer, who provided herbal medicines, but to no avail.

Finally, she learned from the local NGO Mujejego Loka Women Development Association (MLWDA), a UNFPA partner, that treatment was available at the Assosa Referral Hospital, some 200 km away. 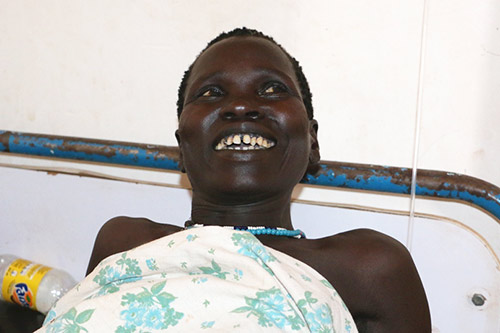 Ms. Santibe, a single mother who had never before set foot in a health facility, was initially reluctant to go. But she was ultimately persuaded, and the transportation fare, treatment costs and other expenses were covered by MLWDA.

At the hospital, she was one of 63 women to receive treatment for the condition, part of a week-long campaign coordinated by MLWDA, UNFPA, the regional government, the regional health bureau, and the regional chapter of the National Coalition of Women against HIV/AIDS.

It was the third such campaign held at the hospital.

The treatments – mostly surgical – were performed by a visiting team of obstetricians and gynaecologists, mobilized by the Ethiopian Society of Obstetricians and Gynaecologists, with logistical and financial support from UNFPA. The team also provided cervical cancer screenings to a total of 128 women.

The Assosa Referral Hospital is planning to begin regular treatments for uterine prolapse when it gets a gynaecologist on staff later in the year.

The regional government is also planning to start providing uterine prolapse treatment at another hospital in the region.

But even with these added treatment facilities, Dr. Belete says, the condition will remain a formidable challenge for the region.

Outreach efforts are underway to help address the underlying causes leading to this condition.

Through grassroots organizations – including MLWDA, with UNFPA support – outreach workers are meeting with community members to discuss the importance of giving birth at health facilities, under the care of a skilled birth attendant. They also discuss the harms caused by child marriage and physical labour immediately after birth.

Health extension workers – community health workers who provided door-to-door information and services – are also speaking with women about healthy practices for themselves and their families, including birth spacing, which can be accomplished with family planning.

Recovering from her surgery in an MLWDA-supported rehabilitation, Ms. Santibe was cheerful and relieved.

And like other survivors who received treatment through the programme, she plans to participate in outreach efforts when she returns home.

“I am happy that I came all the way here,” she said. 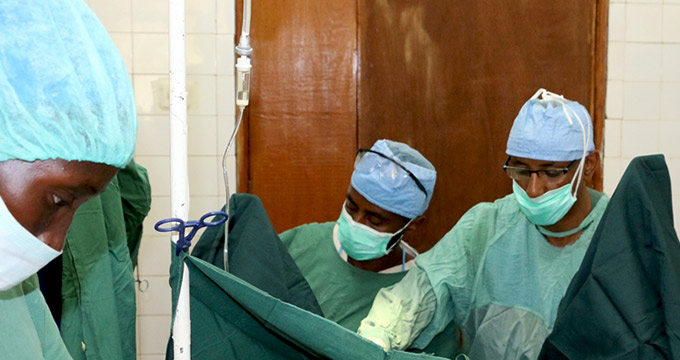 Tackling fallen uterus and its causes in rural Ethiopia