PUJEHUN/BUEDU, Sierra Leone – When Aminata Kabba became pregnant last year, at 15 years old, she had no idea how difficult her life would become.  “Having a child at my age was a big mistake,” she said.

Becoming a mother has disrupted her education and her life trajectory. “I don’t work. I am a school dropout due to my pregnancy. I am not happy that my peers are in school while I am at home nursing a baby.”

Yet her situation is all too common: Sierra Leone has one of the highest adolescent birth rates in the world, at 125 births per 1,000 girls aged 15-19.

Aminata said early motherhood had simply seemed normal in her village, Sembehun 17, in Pujehun District. Nearly half of girls 15-19 years old in Pujehun were pregnant or had been pregnant, according to a 2013 survey. “When my two best friends got pregnant within a short interval, this influenced me to also start thinking of doing the same,” Aminata said.

But in Sierra Leone, girls who are visibly pregnant are not allowed to attend school, a factor contributing to girls’ low school completion rates. Only about 35 per cent of Sierra Leonean girls of secondary-school age are enrolled in secondary school, according to the 2016 State of World Population report.

These figures represent a major loss in girls’ opportunities and capabilities, constraining their future potential. Collectively, their communities and country miss out on the labour, income and ingenuity they might have provided had their full potential been realized.

But Aminata has found an option that could help get her life, and the lives of many young girls, back on track: Contraception.

Getting back on track

“I had very little knowledge about contraception and the different kinds of contraceptives available,” explained Aminata.

But when her newborn fell sick, she visited her local health facility. There, she learned that Marie Stopes Sierra Leone and UNFPA were providing contraceptives. “I became moved by the talks they gave on family planning and the different methods,” she said.

After receiving counselling from a health worker, Aminata decided to get an intrauterine device, which can prevent pregnancy for years. If she is able to return to school, the contraceptive will help her reach her goal of becoming a nurse.

“The staff encouraged me, and they talk to me regularly about going back to school because that is where my future lies,” she said.

Memunatu Fofanah, in Buedu, Kailahun District, had a similar experience. She also got pregnant at age 15 and dropped out of school.

“The father of the baby abandoned me, and my aunt, with whom I was staying, drove me out of the house. I had to stay in the neighbourhood with friends,” she said. “After I gave birth in 2015, I had no income or support for my baby or myself from any family member.”

But she received a little help from neighbours, and started selling fried cakes to make ends meet. Through sheer determination and hard work, Memunatu was able to return to school.

Still, she was concerned about her future. “My worry was how to prevent myself from [having] another pregnancy,” she said.

Fortunately, “the opportunity came sooner than expected,” she said. She learned about a youth group, supported by UNFPA and the Planned Parenthood Association of Sierra Leone (PPASL), that helps vulnerable adolescent girls learn about sexual and reproductive health. 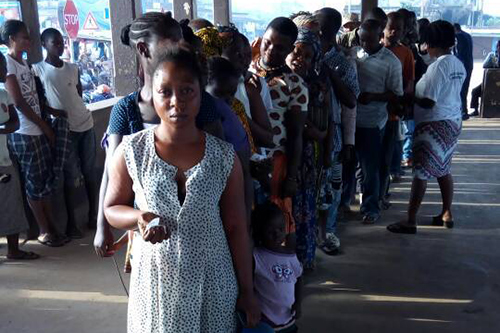 Through the programme, Memunatu learned how to prevent another pregnancy. She ended up getting a contraceptive implant at a mobile outreach event operated by PPASL, with support from UNFPA.

During this time, she also became a “peer educator,” teaching other young men and women about their reproductive health and rights.

Since 2016, over a million Sierra Leoneans have been reached with family planning messages and services, according to the latest figures from UNFPA.

But much more work remains to be done. Access to voluntary family planning is one of the most effective ways to empower girls to finish their educations and find productive employment, helping to end the cycle of poverty in developing countries like Sierra Leone. Yet in developing countries, more than 214 million women and girls who do not want to get pregnant are not using safe, reliable forms of contraception.

Tomorrow, on 11 July, World Population Day, a global summit in London will call for countries to renew their commitments to expanding access to modern contraception to an additional 120 million women and girls – a goal set five years ago.

The importance of this goal is not lost on Aminatu, who says she wants more people to understand the link between contraceptives and education.

“My advice to my family members and friends is that family planning is the only thing that will keep us in school when we are sexually active,” she said. 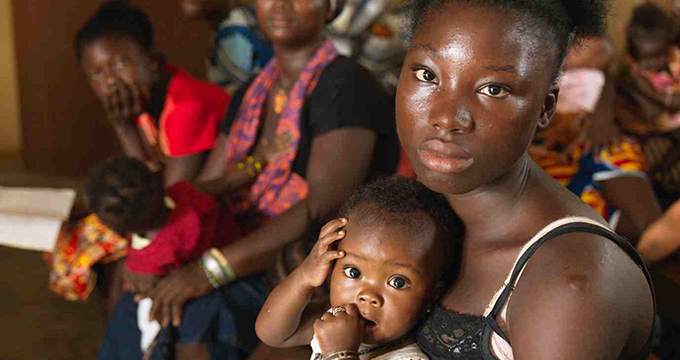