NAIROBI, Kenya – Cycling back to his church from the local health centre, Pastor James Ochiel wondered whether he should just ask his local member of parliament to construct a maternity ward inside his church compound.

“This is the third time this week that a woman has come to me requesting me to rush her to the health centre,” he said, explaining that much of his pastoral work involves taking care of the health needs of the members of his church.

Because of this, UNFPA and the Ministry of Health have started working with faith leaders like Pastor Ochiel to combat Kenya’s high rate of maternal death. 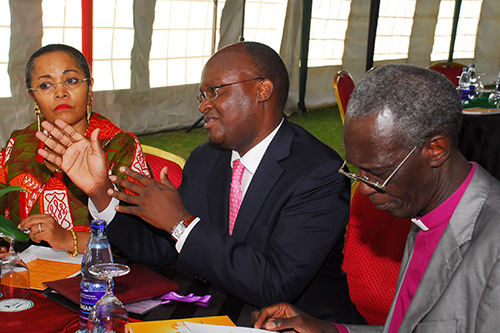 A Kenyan woman’s risk of dying from causes related to pregnancy or childbirth is 1 in 53, much higher than the global risk of maternal death.

Yet an estimated 98 per cent of Kenya’s maternal deaths take place in just 15 out of 47 counties – Garissa, Homa Bay, Isiolo, Kakamega, Kisumu, Lamu, Mandera, Marsabit, Migori, Nakuru, Nairobi, Siaya, Taita Taveta, Turkana and Wajir – according to a recent study by the Population Studies Research Institute at the University of Nairobi.

UNFPA and the Ministry of Health are working with the Inter Religious Council of Kenya to engage a broad range of faith leaders in these 15 counties, including those from Christian, Muslim, Jewish and Hindu communities, on improving maternal health.

A meeting of these faith leaders, along with officials from the government, UNFPA and other partners, took place in Nairobi early March.

"Childbirth should be a joyous moment for families and communities,” President Uhuru Kenyatta said at the meeting. “It is a matter of great concern to my government that in this country as many as 21 women die every day while giving birth."

The religious leaders signed a call to action, pledging to incorporate positive health messages into their work. They also pledged to help change attitudes and behaviours that are harmful to women and children, including by “advocating against harmful traditional practices that infringe child survival and maternal health.”

The leaders also said they would dedicate more resources to maternal health in the health facilities they run. In Kenya, about one-third of health facilities are sponsored or managed by religious organizations.

UNFPA partners with many religious leaders in the country, and is set to scale up these collaborations. For example, UNFPA will help religious leaders develop advocacy materials for the 15 counties with the highest maternal mortality rates.

“When we empower women and couples to make informed choices – including the choice to plan the number, optimal timing and appropriate spacing of their children and to prevent unplanned pregnancies – women thrive,” said UNFPA Executive Director Dr. Babatunde Osotimehin in a statement delivered at the meeting. “And when women thrive, families benefit.”

This event follows another campaign, from August, in which the governors of the 15 counties signed a communique agreeing to allocate more resources to reducing maternal and child mortality, and to prioritize maternal and child health and the elimination of harmful traditional practices. 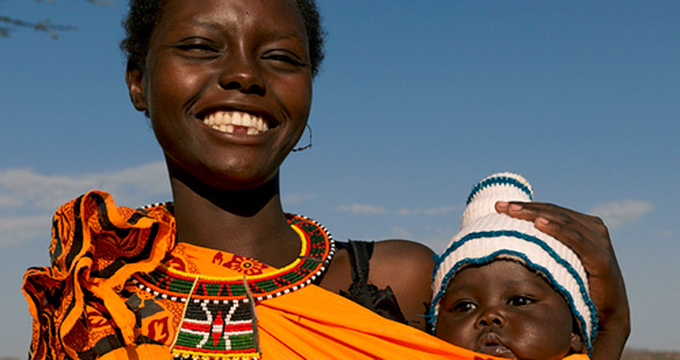