UNITED NATIONS, New York – A staggering 225 million women in developing countries want to avoid pregnancy but are not using modern contraceptives, and tens of millions of women do not receive the basic pregnancy and delivery care they need. These are the findings of Adding It Up: The Costs and Benefits of Investing in Sexual and Reproductive Health 2014, a report released today by the Guttmacher Institute and UNFPA.

“I know women who have been pregnant 10 times before the age of 30,” Marlin Zeiken Angelo, a family planning advocate in South Sudan, told UNFPA  earlier this year. Ms. Angelo, who was training to be a midwife, knows from experience that lack of access to modern contraceptives can derail women’s goals and jeopardize their welfare.

“I want them to consider the benefits of family planning,” she said.

The benefits of family planning and other essential sexual and reproductive health services – such as pregnancy and newborn care, services for pregnant women living with HIV, and treatment for four other sexually transmitted infections – can dramatically improve maternal and newborn survival, reduce rates of unsafe abortion and nearly eliminate the transmission of HIV from mothers to newborns.

“I almost lost my life and right leg during the birth of my last baby,” Jartu Kollie, in Liberia, told UNFPA. “I had been in labour for more than one week in the village before I was rushed to the local clinic.”

The 39-year-old had given birth to 13 children, five of whom died because she lacked access to adequate healthcare services.

But if all women who want to avoid pregnancy were able to use a modern contraceptive method, the number of unintended pregnancies would drop by 70 per cent and unsafe abortions would fall by 74 per cent. If, additionally, all pregnant women and their newborns received the basic standards of care recommended by the World Health Organization, the number of women dying from pregnancy-related causes would fall by two-thirds, from 290,000 to 96,000, and newborn deaths would drop by more than three-fourths, from 2.9 million to 660,000.

Providing these services to all women in developing regions each year would cost, on average, $25 per woman.

This is roughly double the current level of spending, the report says. But with far fewer unintended pregnancies, the cost of providing maternal and newborn care to all who need it would become more affordable.

Ultimately, for every additional dollar invested in contraceptive services, $1.47 is saved in maternal and newborn health care.

“We must ensure the quality of services and availability of a full range of choices so women and men can get the health care they need,” Dr. Osotimehin added. 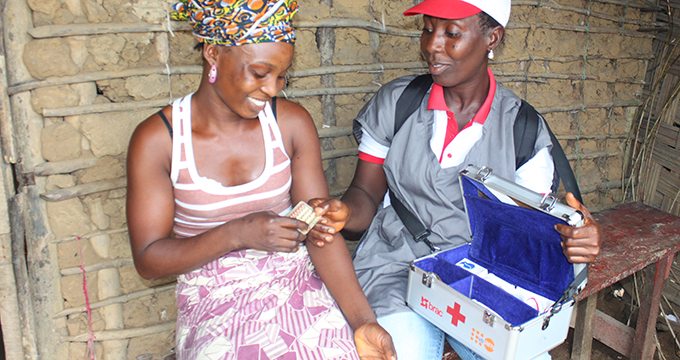