Otse, Botswana – When Rose Matuulane was pregnant five years ago, she had to wait for a nurse to visit her small village, Otse, to provide antenatal check-ups. When the nurse could not make it, Ms. Matuulane had to travel 84 km to the nearest clinic, in Shoghong, arriving the day before so that she could rise early and queue for hours.

If she or any other woman additionally needed a family planning consultation, cervical cancer screening, HIV testing and counselling, or HIV treatment, they would have to come back another day, waiting again for hours.

“I had to be at the clinic very early in the morning,” she told UNFPA, “and if I wanted a different service I would have to return again on a different day.”

To make matters worse, the system made it obvious which services people were seeking.

“There was also a lot of stigma as there were different queues for different services. We could easily identify those who were HIV-positive,” Ms. Matuulane said. 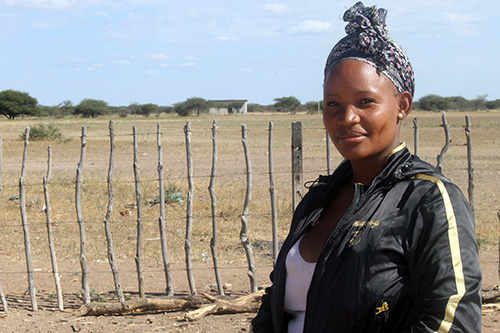 In the past, Otse Village, some 180 km from the capital, Gaborone, did not have a full-time nurse. © UNFPA Botswana/Nchidzi Smarts

Ms. Matuulane, 24, is now a mother of two. The experience she had with her second pregnancy was worlds apart from the first.

In 2011, shortly after she had her first baby, UNFPA helped to introduce integrated reproductive health care services at the Otse Health Post. It meant Ms. Matuulane no longer had to travel all the way to Shoshong.

The new approach – called a “one-stop shop model” – also meant women no longer had to return time and again for different sexual and reproductive health services.

“During my second pregnancy, I could get HIV testing and counselling, cancer screening and family planning all in one visit,” she said.

Although health workers spend more time with each client, the variety of services available at each visit actually saves time by reducing the number of trips required.

After her second baby was born, Ms. Matuulane received post-natal care and family planning counselling at the health post.

“This integrated approach has worked really well,” said Gertrude Ganetsang, the health post’s nurse-in-charge. It has led to decongestion in the health facility and improved client satisfaction, she added.

The one-stop shop model is helping to increase women’s access to life-saving maternal health care and family planning. It is also a critical tactic in the fight against Botswana’s devastating HIV epidemic. The country has an HIV prevalence of 22 per cent among 15-to-49 year olds, according to 2015 UNAIDS estimates. A staggering 18 per cent of maternal deaths in the country are due to HIV-related causes.

By integrating a full suite of reproductive health care together with a full range of HIV services – including prevention, testing and antiretroviral treatment – health workers have more opportunities to provide both kinds of care.

The project – a partnership between the Ministry of Health, UNFPA and UNAIDS, with funding from the European Union, and the Swedish and Norwegian development agencies – is being piloted in seven countries in the East and Southern Africa Region.

Botswana is the first of the pilot countries to implement the approach nationwide.

Since the programme’s launch, the number of women visiting clinics for post-natal care, who are then able to simultaneously receive HIV and family planning services, has increased by 63 per cent, according to a recent report. The number of women seeking family planning, who are now able to access HIV services at the same time, has increased by 89 per cent.

And the number of women seeking HIV services, who are now able to receive family planning care at the same visit, has increased by 79 per cent. There has been a 47 per cent increase in women receiving HIV services who are also screened for cervical cancer.

A government survey of nine pilot sites found that client satisfaction is over 80 per cent. 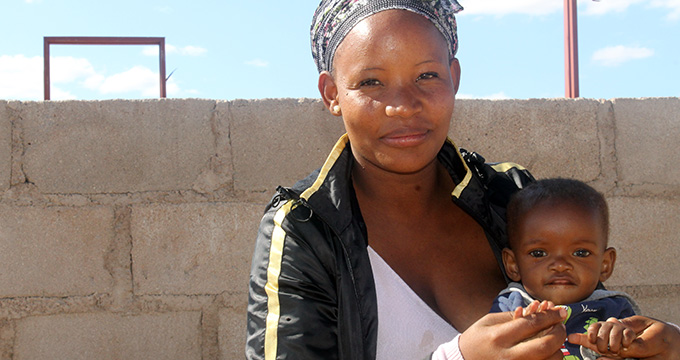