ULAANBAATAR, Mongolia – When Dulam* first sought help from a one-stop service centre in northern Mongolia, she was suffering from post-traumatic stress disorder.

For years, she had experienced violence by her husband – as had her four children, aged 2-16. Dulam, now 38, hid the violence from family and friends for fear of bringing shame upon her children. Hope that things would ever get better was all but lost, and she had contemplated suicide.

One winter night, Dulam’s husband returned home in a state of drunken rage and lashed out violently. Fearing for his mother’s life, her 16-year-old son called the country’s ‘102’ helpline, managed by the National Police Agency. It was the first time anyone in Dulam’s household had called the helpline.

With the helpline’s guidance, Dulam and her children escaped to the one-stop service centre in the provincial centre – one of 17 UNFPA-supported centres in Mongolia that provides safe accommodations, health care, psychosocial counselling, protection services, and basic legal guidance to women experiencing violence.

A spike in violence

According to a 2017 study conducted by the National Statistics Office and UNFPA, 58 per cent of women in Mongolia have experienced some form of violence – physical, sexual, emotional, economic and/or controlling behaviours – by an intimate partner, most often a husband, in their lifetime. In the year prior to the survey, 35 per cent of women experienced at least one of these forms of violence.

The COVID-19 pandemic and attendant containment measures have exacerbated gender inequalities, contributing to a drastic rise in gender-based violence globally, while also jeopardizing prevention efforts and the availability of services for survivors.

The one-stop service centre where Dulam and her family received help served nearly twice as many clients in March 2020 compared to March 2019. In response to the influx of reports of gender-based violence, two centres opened in the country’s capital, Ulaanbaatar.

UNFPA also distributed guidelines and organized training sessions for centre staff to help them adapt during the pandemic, including by adopting alternative methods of service delivery.

“Services for survivors are generally still available, but many consultations and counselling sessions are now done online or over the telephone,” explained J. Tsetsegmaa, chief social worker and administrator of the local one-stop service centre. “Technology like mobile apps, websites and TV programmes also help us continue reaching people in need through remote support.”

Ms. Tsetsegmaa and her colleagues are also hosting virtual meetings to coordinate with health workers and legal advisers – a feat in a country where a population of approximately 3.2 million is spread across remote communities, and where a nomadic herding lifestyle is still practiced by many.

“The lessons learned in responding to gender-based violence amid the challenge of COVID-19 will be taken forward,” said Kaori Ishikawa, UNFPA’s representative in Mongolia.

A new lease on life

Dulam’s family stayed at the centre for a month, participating in therapy and ‘life-skills’ sessions to help them cope with their trauma and gradually build confidence. The children also received support to continue their studies. In preparation for becoming the family breadwinner, Dulam graduated from the centre’s ‘Empowered Mothers’ programme, a two-part initiative in which domestic violence survivors share their experiences in support groups and learn skills they can use to earn a living.

Inspired to help other survivors find ways out of violent relationships, Dulam now raises awareness about gender-based violence in her community and works as a nursing assistant in a private hospital with hopes of supporting even more women experiencing these challenges.

“The one-stop service centre helped rebuild my life,” Dulam said. “I smile a lot more now than before. I have faith in my future. I found a ‘new me’ and feel like I have been reborn.”

* Name has been changed for the survivor’s protection. The survivor provided informed consent for use of her story. 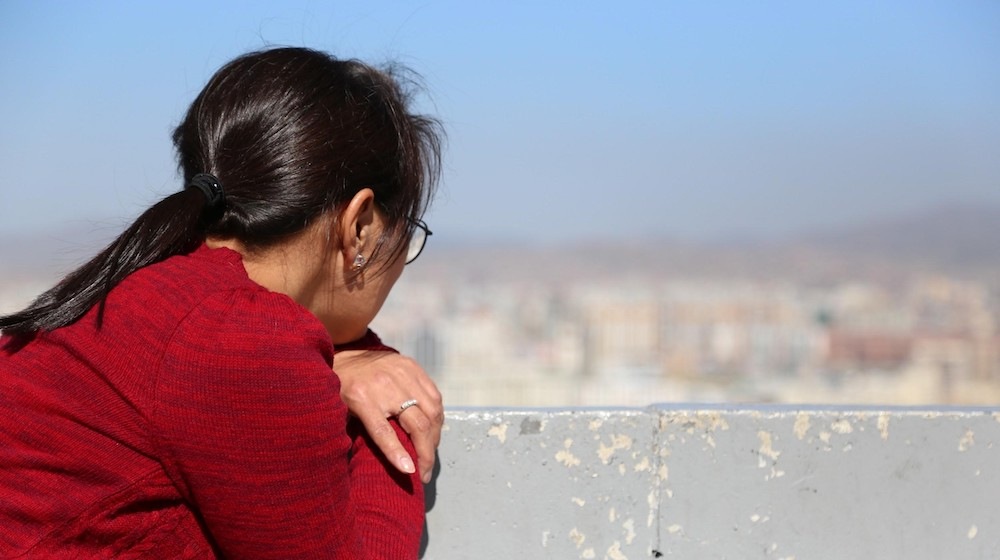