UNITED NATIONS, New York – A clear view of the toll of the COVID-19 pandemic is only beginning to take shape, but experts estimate the human cost could be extraordinary. The economic and physical disruptions caused by the disease could have vast consequences for the rights and health of women and girls, a new analysis by UNFPA and partners shows.

Significant levels of lockdown-related disruption over 6 months could leave 47 million women in low- and middle-income countries unable to use modern contraceptives, leading to a projected 7 million additional unintended pregnancies. Six months of lockdowns could result in an additional 31 million cases of gender-based violence.

The pandemic is also expected to cause significant delays in programmes to end female genital mutilation and child marriage, resulting in an estimated 2 million more cases of FGM over the next decade than would otherwise have occurred. These delayed programmes, on top of growing economic hardships globally, could result in an estimated 13 million more child marriages over 10 years.

These figures – produced in collaboration with partners Avenir Health, Johns Hopkins University (USA) and Victoria University (Australia) – are rough estimates. A great deal is still unknown about how the pandemic, and the response to it, will unfold around the world. But together, the projections offer an alarming view of the future that could confront women and girls if efforts are not urgently made to secure their welfare and ensure their rights.

The world is already seeing signs of a surge in violence against women and girls, with increased reports to domestic violence hotlines, crisis centres and justice officials.

The new assessment foresees two ways the pandemic could contribute to more gender-based violence. The first is through disruptions in programmes to prevent violence and provide services, care and support to survivors. The second is through increased total acts of violence as lockdowns keep women inside with their abusers and as households endure stressors like economic turmoil.

Ghadeer Mohammed Ibrahim Qara Bulad has seen both of these factors play out already. She is the director of the Women’s Development Project at the Islamic Charitable Association, which works with UNFPA in Homs, Syria.

“During the curfew period, I have met a lot of woman who face violence by their husbands,” she told UNFPA. “It has clearly increased.”

Many safe spaces have been closed, Ms. Bulad said, meaning that for those in abusive relationships, “the woman has been imprisoned in the house.”

She also witnessed abuse first-hand while visiting families to raise awareness about disease prevention efforts: “I saw a woman being beaten by her husband during the curfew, as the husband lost his job and the woman was unable to control their nine children,” she recalled. “One woman told me that she is exposed to intimate violence from her husband, repeated on a daily basis, since he had lost his job. I also saw a wife being beaten in front of her children.”

In many places, health facilities are closing or limiting services. Where health systems are overwhelmed with COVID-19 cases, clinical staff may not have the time or personal protective equipment needed to provide family planning counselling and commodities. In some places, women are refraining from visiting health facilities due to movement restrictions or fears about COVID-19 exposure.

Additionally, supply chain disruptions are limiting the availability of contraceptives in many places. Over the next six months, stock-outs are anticipated in more than a dozen of the lowest-income countries. On top of all that, UNFPA anticipates significant delays in planned efforts to scale-up access to family planning for the most vulnerable and marginalized populations.

“The pandemic is deepening inequalities, and millions more women and girls now risk losing the ability to plan their families and protect their bodies and their health,” said Dr. Kanem.

Millions of girls at risk

FGM and child marriage are also projected to increase, in large part due to delays in the implementation of programmes to end these harmful practices. Programmes addressing these harmful practices are often communal, involving the exchange of information and perspectives. Without such programmes, UNFPA’s analysis estimates that 2 million additional cases of FGM could take place over the next decade that otherwise would have been averted.

But these do not have to be our future, Dr. Kanem emphasized. The world can take steps to ensure continued access to reproductive health care and to protect the rights and dignity of all women and girls.

“Women’s reproductive health and rights must be safeguarded at all costs,” she said. “The services must continue, the supplies must be delivered, and the vulnerable must be protected and supported.” 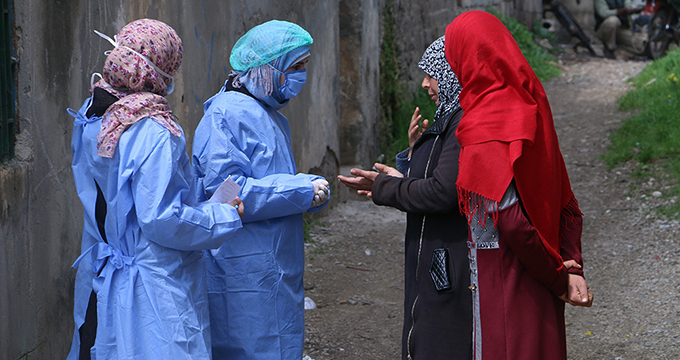 COVID-19 Situation Report No. 6 for UNFPA Asia and Pacific