With a midwife’s help, quadruplets are safely delivered in remote Afghanistan

BALAKOH, Afghanistan – It was midnight in the remote Afghan village of Balakoh, and 37-year-old Zainab was entering her tenth hour of labour in her mountainside home. With no skilled birth attendant present and her pain steadily increasing, her worried family had to make a decision: Allow her to continue her struggle in the comfort of her bed, despite her worsening pain, or risk carrying her several hours over dark, rocky mountain roads to the nearest clinic, the Qaramat Family Health House (FHH), supported by UNFPA.

She was anaemic and malnourished, and her condition was rapidly becoming critical. Her family decided that, despite the risks of transporting her, they had to act. After fashioning a stretcher out of a wooden bed, they placed her on their shoulders and set out into the mountainous terrain.

When the entourage finally arrived, exhausted and covered in dust, at the FHH the next morning, Safia, a midwife who was trained at a UNFPA-supported program, immediately began examining her – and what she found shocked even her experienced hands.

Zainab, who had not received a medical check-up during her pregnancy, was pregnant with quadruplets and did not know it.

“It was time for the babies to be born, and I was very nervous,” says Safia. Childbirths of multiple babies are more likely to result in complications, such as obstetric fisulta, and even death. And as Safia continued her exam, she found that only two of the babies were properly positioned for birth – with one positioned to come out shoulder first and the other in breech.

She then set to work. 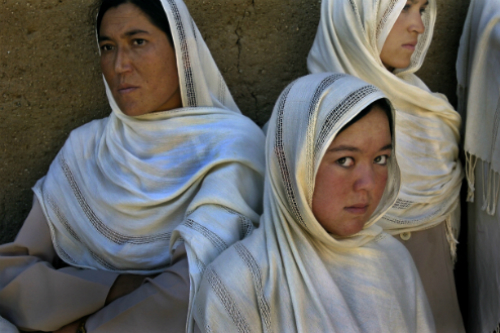 This week global leaders and experts in maternal health, including midwives, are gathering in Copenhagen for the fourth Women Deliver Conference to discuss the critical role girls' and women's health and rights – including improved maternal and midwifery services – should play in countries' development efforts. According to UNFPA estimates, increasing the world’s force of midwives could help avert roughly two-thirds of the 300,000 maternal and nearly 3 million newborn deaths that still occur globally each year.

In remote Balakoh, the ratio was 1,600 maternal deaths per 100,000 births in 2002, one of the highest rates in the country, according to a 2005 study. However, even in the remote regions with the highest rates of maternal death, not a single woman died during a childbirth assisted by a trained birth attendant, underlining the critical need to expand the reach of midwives.

UNFPA is working with its partners to improve access to quality maternal and sexual and reproductive health services in these remote regions to further reduce maternal deaths and complications. The FHH where Zainab was taken is one of 115 community-based FHHs piloted by UNFPA as part of this effort. The first clinic opened in 2012, and each facility is staffed by a trained midwife and is designed to serve between 1,500 and 4,000 people living within a two hour walk.

However, some areas, like Balakoh, are still outside this boundary. “The plan is that within 10 years all areas that now have no coverage will be covered by Family Health Houses,” says Dr. Ahmadulla Molakhail, UNFPA Afghanistan’s sub-national coordinator.

In addition, only 39 per cent of births in the country were attended by a skilled attendant between 2006 and 2014, and additional facilites and midwives are still needed nationwide.

Safely bringing quadruplets into the world

Back at her clinic, Safia’s was able to adeptly reposition Zainab’s babies and guide her through the delivery. And all four babies were born without complication – an impressive accomplishment. 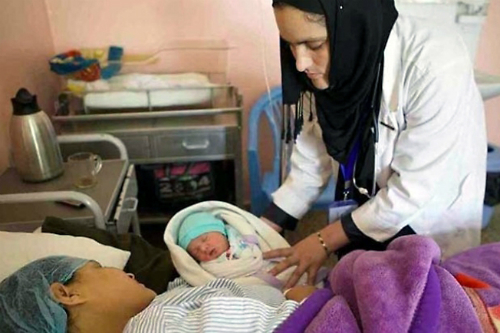 Fahima Nazary, head of midwifery at the CURE Hospital in Kabul, checks on a new mother and her baby. © UNFPA Afghanistan

“Such cases make the best of us nervous,” says Dr. Nazifa Hamrah, head of the obstetric fistula ward at Kabul’s Malalai Maternity Hospital. “But Safia was successful in managing the case and helping the babies come into the world, which is just brilliant.”

And though this was Zainab’s sixth pregnancy, and she is busy at home with four newborn babies and her older children, she has paid Safia a few visits to receive a check up and thank her.

“She said that I helped give her a new life, and helped keep her babies alive,” says Safia. “I could see the appreciation in her eyes.” 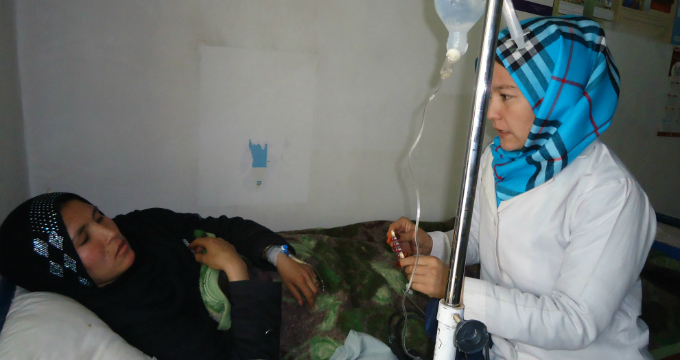 With a midwife’s help, quadruplets are safely delivered in remote Afghanistan

High-level Ministerial Meeting on the Humanitarian Situation in Afghanistan