TRIPOLI, Libya – After a divorce following a violent marriage, Muna* found herself facing a different set of challenges. “I suffered abuse, mistreatment and discrimination,” she recounted. “It is the stigma that accompanies many divorced women in my society.” In a country marred by a decade of civil conflict, violence and instability, Muna had no income to feed herself or her child, and her family could not afford to help. The abuse during and after the marriage and lack of support left emotional wounds.

“When my family turned its back on me, I went to an internally displaced persons [IDP] camp with my only child,” she said. “My living needs were fulfilled, but my soul was in ruins with no sense of purpose or future.”

A UNFPA-supported women and girls safe space altered the direction her life would take. “We met Muna during our visits to one of the schools that were set up to accommodate IDPs in Tripoli. She was suffering from a traumatic situation due to multiple forms of violence,” explained Affaf, manager of a women and girls safe space located in the capital. “It was not easy to deal with her case at the beginning. The social and economic issues and incessant fears had a deep impact on her.”

In the last two years, UNFPA’s four safe spaces throughout Libya, run with support of partners including Al-Bayan organization and with funding from the European Union Trust Fund for Africa and the governments of Japan and Denmark, have provided services to more than 15,000 gender-based violence survivors and other women and girls at risk. Those services include case management, psychosocial support, awareness sessions, dignity kit distribution and livelihood and life skills training such as courses in the English language, sewing and computer skills.

A time to heal

At the women and girls safe space, Muna received psychosocial counselling and began to take nursing classes with the aim of becoming self-sufficient, restoring her dignity and self-esteem and learning skills to address much-needed medical needs in her community. She had arrived weak, aloof and hesitant to participate in activities.

“Within a year we observed a positive change,” Affaf noted. “She started showing serious commitment in nursing classes, and her behaviour improved considerably.”

Today, Muna, 40, is a nurse in a health facility that allows her to provide for herself  and her child, who attends school regularly and has resumed a normal, happy life. She also shares her story with other women to show the possibility of turning around one’s life.

“I feel confident and empowered to face challenges in life,” Muna said with a smile. “I have become a source of strength and inspiration to other survivors. I am grateful for all those who helped me stand on my feet and gave me hope.” 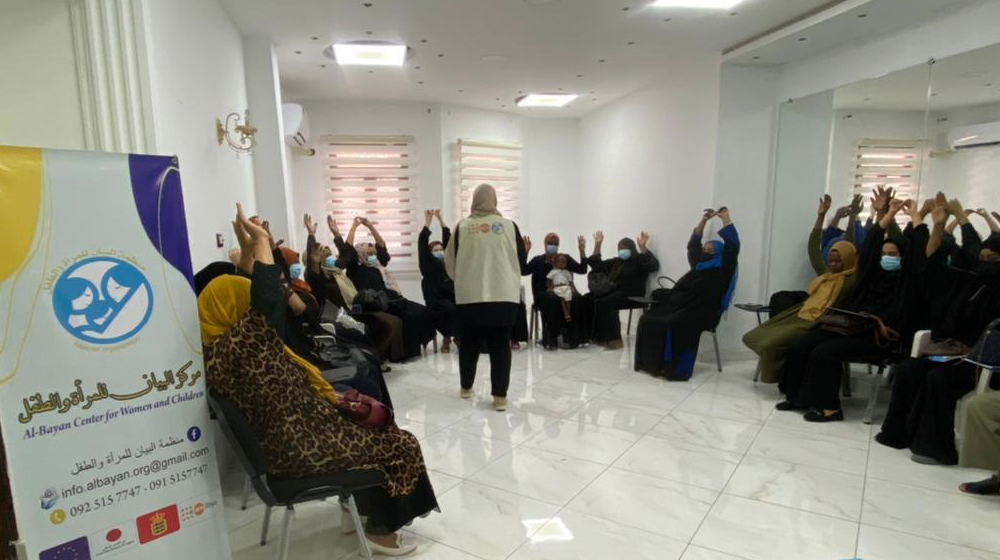