Ms. Dabor was pregnant at the time, and a widow – her husband had been killed in the conflict. As her family was being evacuated to the Kakuma refugee camp, in northern Kenya, she lost sight of her two children.

It would be days before she saw them again.

Haunted by memories of the conflict 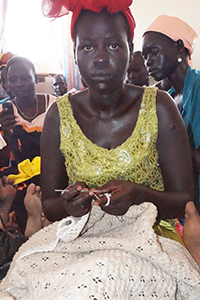 A knitting class in the support centre in Kakuma. © UNFPA/Bernard Muthaka

Today, the shade of the tree has been replaced by the Kakuma Support Centre, built and operated wtih UNFPA assistance. In addition to group therapy, the centre offers lessons in income-generating skills such as baking, embroidery, tailoring, crocheting and gardening. Women also learn about their rights, and can and receive reproductive health care – including antenatal check-ups and family planning counselling. Special services are also available for survivors of gender-based violence. 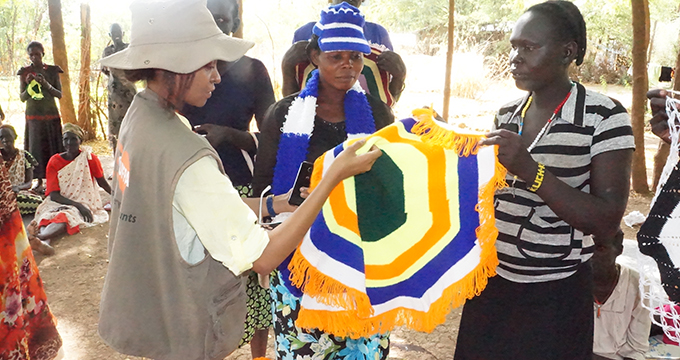