DAMASCUS, Syria – Fatima and Rasha welcomed new children into the world on the same day – an experience that would be completely unremarkable if not for their circumstances. Both women are living in uncertainty after fleeing the conflict in northern Syria, part of a wave of displacements that continues to grow.

Rasha, 24, and Fatima, 20, and their families fled the Al-Yaroubia countryside, near Al Hassake, where hostilities have pushed an estimated 5,000 people to leave in the past year, according to the UN Refugee Agency.

Many families have ended up in displacement camps, host communities or over the border in neighbouring Iraq. 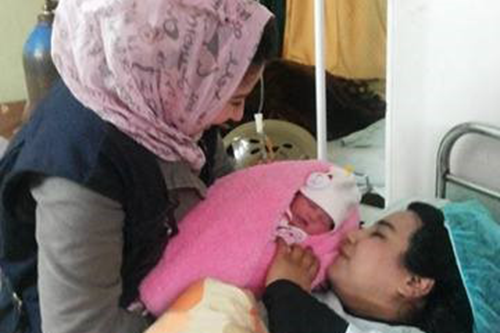 Yet in some ways, Fatima and Rasha are fortunate.

Despite the tumult of the conflict, they were able to receive skilled medical care at a clinic in their host community. The facility, supported by UNFPA, with funding from European Civil Protection and Humanitarian Aid Operations (ECHO), is equipped to support everything from antenatal check-ups to emergency surgery.

These services proved necessary for Rasha, whose last visit to the clinic took place after her due date had come and gone.

The baby was in breech position, the doctor explained at the examination. Rasha would need an emergency Caesarean section.

Within minutes, a surgical room was prepared.

Despite the drama, it was a joyous conclusion to her pregnancy. “I’m so excited to hold my first baby,” Rasha told UNFPA. 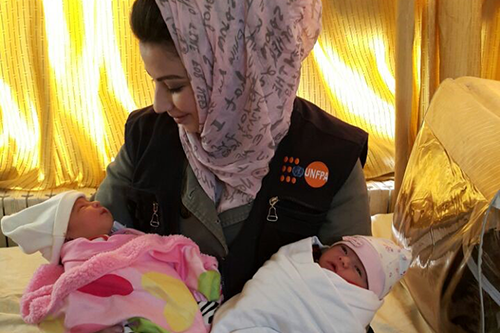 A UNFPA health worker holds both girls shortly after their births. © UNFPA Syria

Fatima’s delivery was less exciting, but no less happy.

“I have held her for nine months inside of me. It is time to hold her in my hands,” Fatima told the doctor as she was in labour.

Displacements continue to increase in northern Syria, with over 68,000 recorded in February alone.

Women and girls living in displacement require reproductive health care, including not only services during pregnancy and childbirth, but also treatment of infections, counselling on family planning and sexually transmitted infections, and referrals to specialized health care.

UNFPA and ECHO, with local NGOs, are working to meet these needs in the Hama and Al Hassake areas.

Together, they are supporting 10 mobile clinics, eight health clinics and four hospitals. UNFPA is also supporting sessions that raise awareness about the services available. 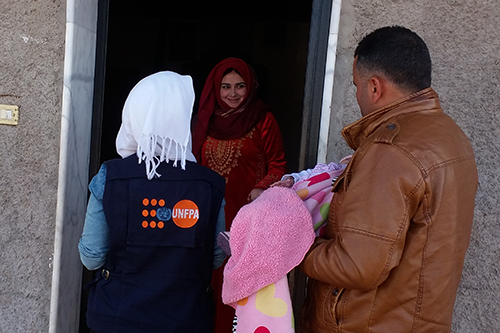 In 2016, some 47,000 people were served in the Al Hassake area, and some 146,000 were reached around Hama. It is part of UNFPA’s broader support to women and girls throughout Syria.

Rasha and Fatima, and their newborns, recovered at Al-Kalema Hospital in Al-Qamishli.

After returning home, they were visited by a UNFPA coordinator. Both mothers and daughters are doing well.

“It’s like an adventure,” Fatima said. “Having a baby is a life-changing experience.” 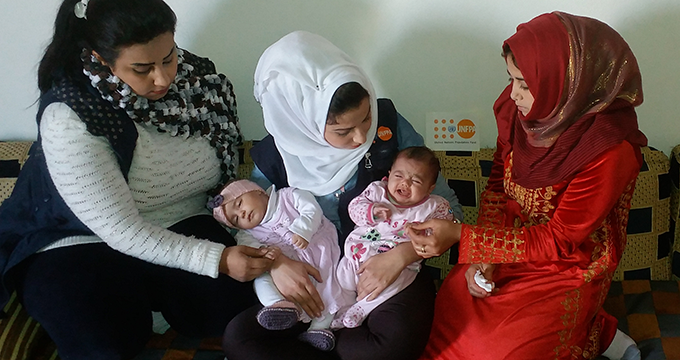