UNITED NATIONS, New York – Despite years of efforts and advances, full gender equality has yet to be realized. There is not one country in the world free of gender-based violence or discrimination. And in too many places, the burdens of inequality fall hardest on the youngest.

Around the world, as girls approach puberty, they find themselves increasingly vulnerable. Society starts to view them differently: as household help, as potential wives and mothers, as interlopers in school and the workplace.

Today is the International Day of the Girl Child, a day for recognizing the challenges facing girls around the world.

To mark the occasion, UNFPA is shining a spotlight on five girls who have spoken out about the issues affecting them and their peers.

What does gender inequality look like? These five girls can tell you. 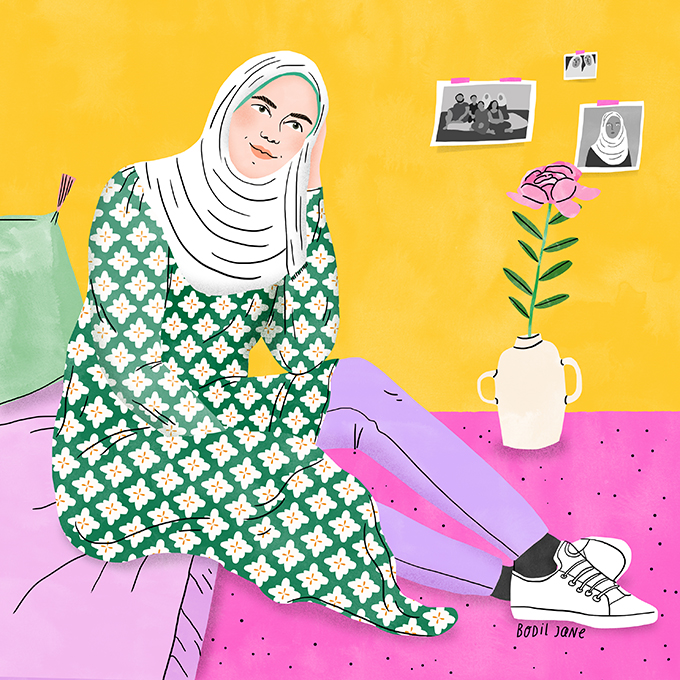 Raneem has taken a stand against child marriage. Illustration by Bodil Jane for UNFPA.

Raneem, 16, in Lebanon: “I tell my friends that getting married early will deprive them of their childhood.”

Rates of child marriage have been rising among Syrian refugee families. Under the stresses of war, displacement and economic hardship, parents are increasingly seeing marriage as a way to ensure their daughters are cared for. Some even believe marriage will protect their daughters from sexual violence.

In fact, child marriage is a human rights violation, one that leaves girls more vulnerable to violence, abuse and exploitation.

Raneem learned about the harmful consequences of child marriage in a UNFPA-supported youth programme, and she quickly became an outspoken advocate against the practice.

Raneem has become a leader and voice of wisdom among her peers. “I reach out to them to explain to them what I myself have learned,” she said. 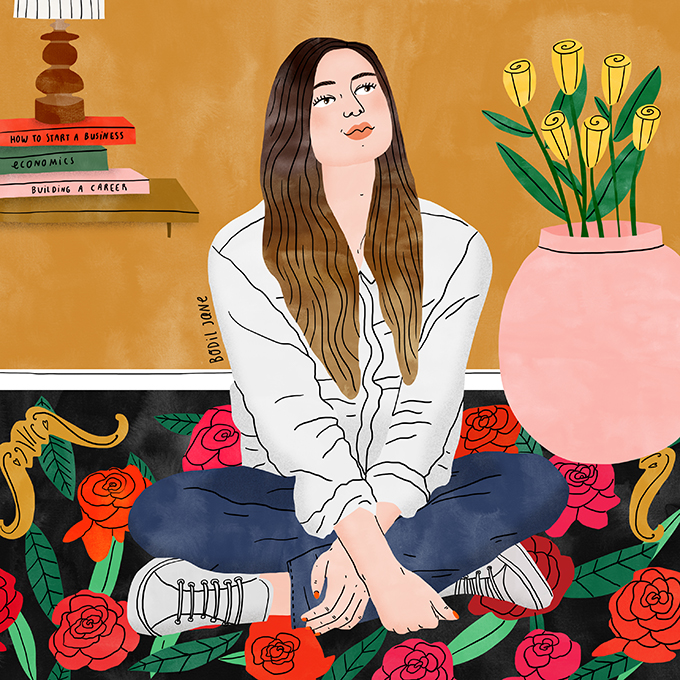 Amina, 14, in the Republic of Moldova: “I feel that if I were a boy, I would have more possibilities to find a stable and better employment.”

Although Moldovan girls attend school at roughly the same rate as boys, their future opportunities are limited by social expectations. A 2015 study showed that most people in the country believe domestic chores are a woman’s primary responsibility. Many felt that when women have jobs, they are taking opportunities away from men.

At a UNFPA-supported youth programme, Amina and others discussed the importance of investing in girls’ educations and opportunities.

She knows that, like other girls, she will have to work hard to achieve her goals. “I need to be ambitious,” Amina said. 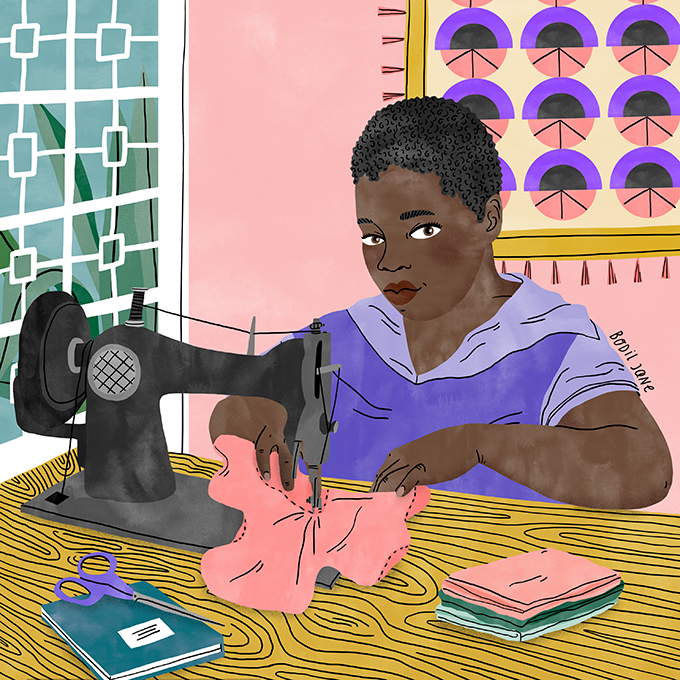 Fatima, 13, in Malawi: “There is great change in attendance in class among our fellow girls.”

Poverty is also gender unequal. Although it casts a dark shadow on boys and girls alike, it affects them differently.

For girls, it can mean the inability to afford essential hygiene supplies, like sanitary pads.

This is true in Malawi, where only about a third of girls enrol in secondary school. One of the reasons contributing to this low enrolment rate is the lack of affordable hygiene products that would enable them to attend class during their periods.

To address this problem, Fatima and her friend Deborah began a school club that makes reusable sanitary napkins, which they distribute to their fellow female students.

Today, Fatima said, “most girls come to school even during menstruation period, and never miss lessons.” 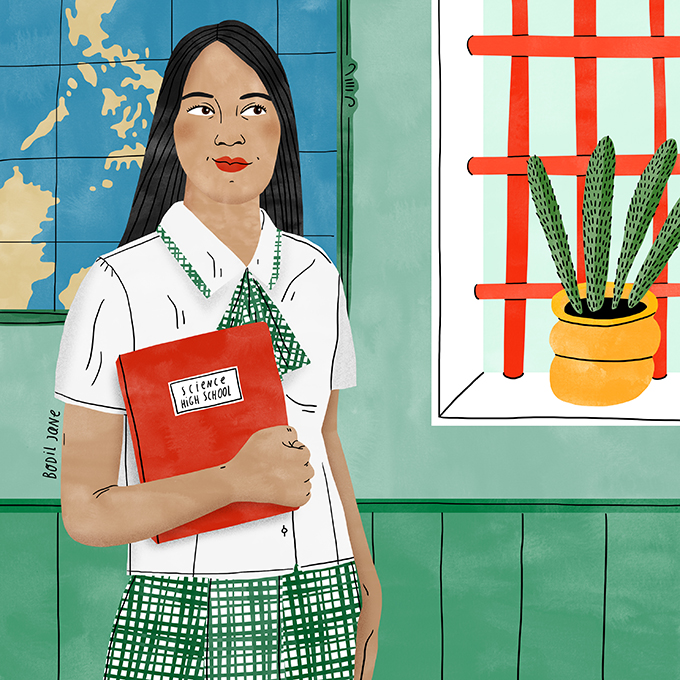 Shaina says girls need to be empowered. Illustration by Bodil Jane for UNFPA.

Shaina, 16, in the Philippines: “When a girl becomes pregnant, her life changes dramatically.”

Globally, millions of girls become pregnant while they are still children. Most of these girls are impoverished and have few opportunities. For them, pregnancy is not a choice. Rather, it is a reflection of their lack of choices.

Shaina has witnessed this in her community: “Some stop pursuing their education and their job opportunities diminish. She becomes more vulnerable to poverty and her health often suffers.”

Adolescent pregnancy can also be deadly for girls whose bodies are not yet ready for motherhood. Pregnancy-related complications are the leading cause of death among adolescent girls, according to the World Health Organization.

Shaina attended a UNFPA-supported forum where young people were able to speak out about the issue. One important step, she said, is to give girls a sense of hope and agency.

“It means a great deal to me and many other girls that our voices are heard and we’re empowered,” she said. 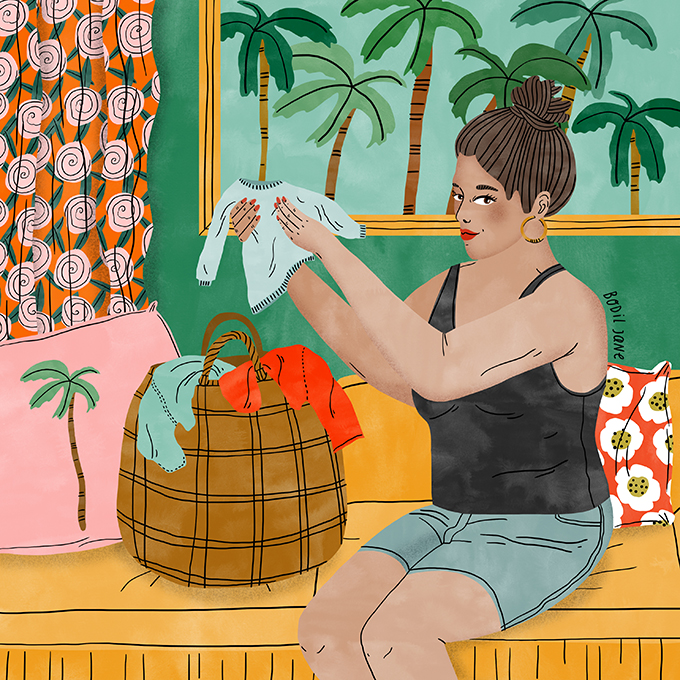 Hillary managed to stay in school as a teen mom, and is now an advocate for girls. Illustration by Bodil Jane for UNFPA.

Hillary, 18, in Costa Rica: “What is a 13-year-old girl doing taking care of a baby? She has been robbed of her childhood.”

Hillary knows all too well the hardships of adolescent pregnancy. She became pregnant at age 16.

In Costa Rica, approximately 14,000 adolescent girls become pregnant each year, according to government statistics. Many of these girls are pushed out of school, leading to worse outcomes for themselves and their families.

But Hillary managed to overcome these challenges.

She finished school and went on to become a youth counsellor and advocate. In this role, she teaches other girls about their rights. She encourages them to have confidence and ambition.

“I tell the girls they’re not alone, no matter what their situation is,” she said.

*Ages are from the dates of reporting

Number of Countries Contributing to UNFPA Reaches New High in 2004