UNITED NATIONS, New York – On 24 October, the United Nations will celebrate its 75th anniversary. Known as UN Day, this anniversary is usually a moment to reflect on the accomplishments made possible through global solidarity: the promotion of peace and human rights, scientific progress and collective public health.

Yet this year, global unity has often seemed a distant goal, with the COVID-19 pandemic forcing borders to close and people to self-isolate. In fact, the opposite is true: The pandemic has only proved that the welfare of individuals is inseparable from the welfare of humanity, and that collective action is needed for progress.

This year, the UN urges us to look forward to the future we want – a future that can only be realized if we work together. For UNFPA, that means looking at the future we want for women and girls, and the measures we all must take to get there.

For 75 years, governments of the world have united around key goals and ideals, including the eradication of poverty, the realization of human rights and the achievement of the highest possible standard of health. But gender equality is a precondition to achieving any of these goals.

“Human rights can never be fully upheld unless they are also enjoyed by all women and girls. Persistent gender inequalities and abuse, including sexual and gender-based violence, have deprived us of a more just and better world,” world leaders agreed in a resolution adopted last month.

Though there has been progress, it has been insufficient. According to the Global Gender Gap Report of 2020, gender parity in leadership is still about a century away, and gender parity in economic participation and opportunity will take some 257 years.

And COVID-19 threatens to reverse much of the progress made by increasing women’s unpaid care work, disproportionately affecting women’s labour force participation, and dramatically increasing their vulnerability to violence.

UNFPA is working with partners to continue advocacy and programmes for women and girls, even amid the lockdowns.

“Every effort counts for changing the lives of girls and women for the better,” Maryna Saprykina told UNFPA this week. She is the head of the board for CSR Ukraine, which works with UNFPA to promote opportunities for girls. “We understand that our work is of critical importance now, with the pandemic, lockdowns and quarantines affecting girls’ and women’s well-being.”

Programmes to end gender-based violence and harmful practices like child marriage and female genital mutilation are also continuing, despite the challenges of implementation amid travel restrictions.

“Sexual and gender-based violence, including female genital mutilation, has caused death among many and left others suffering throughout their lives,” said Dr. Mariam Dahir, who works with UNFPA on these issues in Somalia. “Let’s help girls to thrive and no longer be victims.”

Gender equality cannot be achieved without ensuring access to sexual and reproductive health information and services.

Poor information and care derail the lives and futures of millions of women every year: Every day, about 808 women die from preventable causes related to pregnancy and childbirth. Every day in developing countries, an estimated 20,000 girls under age 18 give birth. In developing regions, an estimated 217 million women want to avoid pregnancy but are not using safe and effective family planning methods.

But many more such efforts are needed to ensure “a future of equal opportunities and healthy independent choices,” said Nataliia Koshovska, a gender expert with UNFPA in Ukraine.

The pandemic has affected many of the facilities that provide this kind of care. Family planning and contraception are among the most frequently disrupted health services, according to the World Health Organization, with 7 in 10 countries experiencing disruptions.

One key issue is that men – and male policymakers – continue to view these issues as “women’s” issues.

“Men and boys are primarily the ones who attach stigma to menstruation. They influence the decisions of women and girls about their sexual and reproductive health, and they are the main perpetrators of gender-based violence,” said Data Gordon, founder of the Men4Women Initiative in South Sudan. Programmes like his are working to “get men and boys involved in promoting the rights and dignity of women and girls.”

“We will accelerate action to achieve gender equality, women’s participation and the empowerment of women and girls in all domains,” leaders from the world’s governments promised in September.

Women’s and girls’ advocates plan to hold them accountable.

“The proper participation of women representing half the world’s population is so important,” said Ms. Koshovska. “Although we are getting closer to gender parity, the change is not happening fast enough.”

“My life experiences have left me with a burning desire to fight for gender equality,” Kurdish Iraqi activist and artist Dashni Murad told UNFPA. “For as long as I can speak, this is precisely what I will do.” 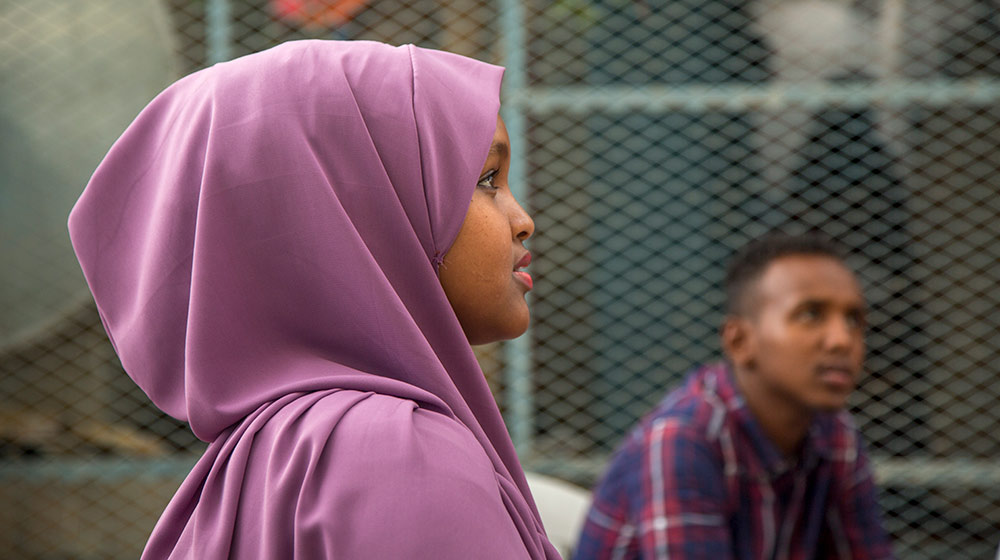