KAWORYO, Uganda – For decades, Turutea Chelangat was one of the most famous circumcisers in the village of Kaworyo, in eastern Uganda. She cannot remember how many girls she performed female genital mutilation (FGM) on every season. “There were very many,” she said.

At the time, she believed it was her calling as a member of the Sebei ethnic group. People in her family have been circumcisers for generations.

“At first I was trained as a mentor, guiding young girls and preparing them for cutting the night before, and encouraging them to be strong and ready,” Ms. Chelangat, now 77, told UNFPA. “I was told I had to keep our culture alive.”

This all changed when she attended a UNFPA-supported seminar raising awareness of the harms of FGM. 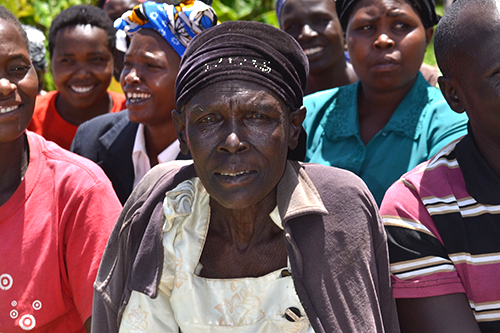 FGM is typically carried out without anaesthesia and using crude instruments. It is often performed without the consent of the person being cut. It is internationally recognized as a violation of women’s and girls’ rights.

Consequences can include haemorrhage, infection, infertility, chronic pain, complications during childbirth and even death.

Yet the practice persists.

FGM is practiced by approximately 1 per cent of the Ugandan population. Yet among the Sabiny, Pokot and Tepeth communities, in Uganda’s east and north-east, the prevalence is more than 90 per cent.

The UNFPA-UNICEF Joint Programme on Female Genital Mutilation/Cutting, which is funded in part by the European Commission, works with communities to help end FGM, raising awareness about its dangers among community leaders, religious leaders, women and the elderly. It has also helped countries strengthen the laws and policies prohibiting the practice.

“I do not cut girls anymore”

In 2010, the Uganda Government passed the Prohibition of FGM Act, which criminalized the practice.

Ms. Chelangat learned that FGM hurts women and girls during an awareness-raising exercise after the law was passed.

“When I heard the news that they were arresting people for cutting, I had to abandon it because I was told that I would be arrested,” she said.

“I threw my cutting tools into the Kapterit stream,” she said, indicating that she would never go back to the old ways. “I do not cut girls anymore.”

She has remained determined, despite the financial incentive to return to cutting.

As an alternative, she has gone into farming and spends most of her time tilling and weeding her garden.

For her, circumcision is a thing of the past.

“Long ago, they used to tell us uncircumcised girls cannot smear the house [plaster houses with mud or cow dung, which is often considered a woman's job] or fetch grain from the granary. But now I see that this is not true. Even without circumcision, women can get married and can cook,” she said.