Exploring the Human Rights Aspects of Sexual and Reproductive Health

NEW YORK — Postulating that all human beings have inalienable rights is one thing. Actually achieving that is a long process with many dimensions.

As one step in the process to address this gap, UNFPA,  partners, academicians, and a number of independent experts who monitor the International Covenant on Economic, Social and Cultural Rights met last week to work on a General Comment under that treaty. A General Comment provides clarification to the States that have signed and ratified the covenant to fulfill their obligations.

"The right to sexual and reproductive health is instrumental in fighting poverty and discrimination,” said Aminata Toure, chief of the gender, human rights and culture branch of UNFPA. “We have to define the meaning for this right and the necessary  actions to be taken  by the states in order to realize it. Decision-makers at country level  will have to make important decisions, so we have to be clear and as concrete as possible,” she said.

“A General Comment on the right to sexual and reproductive health can be very useful for UNFPA’s advocacy work as it provides a very strong international legal support to advance the Programme of Action adopted at the International Conference on Population and Development,” said Luz Angela Melo, the human rights technical advisor for UNFPA.

This  expert  meeting analyzed specific components of the right to sexual and reproductive health and how they apply to the needs and rights of specific groups, including persons with disabilities, indigenous peoples, victims of conflict, and other marginalized people. Participants presented papers and exchanged views. By the end of the second day they all agreed that the new General Comment should build upon and strengthen the existing comments related to the general right to health. They also agreed that the comment should aim to:

The meeting coincided with the United Nations observation of the 15th anniversary of the International Conference on Population and Development, which laid the roadmap for the UNFPA programming. The Beijing Fourth World Conference for Women in 1995 took this a step further and made it operational from the legal perspective.

Exploring the Human Rights Aspects of Sexual and Reproductive Health 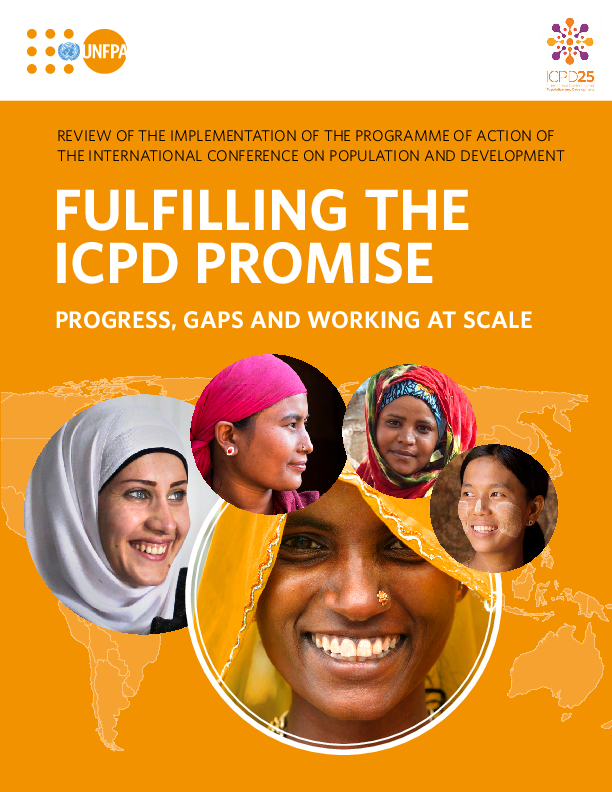