UNITED NATIONS, New York/UM RAQUBA, Sudan – More than 33,000 people have fled into eastern Sudan from the ongoing conflict in Ethiopia’s Tigray Region, according to United Nations officials. The UN Refugee Agency (UNHCR) has begun to relocate refugees from transit centres to a displacement settlement in Um Raquba, where UNFPA is working with partners to provide critical services.

A majority of the relocated refugees are women and children.

“I have seen men are slaughtered in front of my own eyes. I cannot forget that,” one young woman told UNFPA officials at Um Raquba during a needs assessment.

“I ran from home when the gunfire was going off. I still don’t know where my father and brothers are.”

Many of the women and girls are fearful for their safety. Vulnerability to gender-based violence often increases during humanitarian crises.

“When I left, I fled with seven children. We travelled for four nights on foot across the bush and forest. During day, we hid,” one 37-year-old refugee told UNFPA. “I have two daughters, 20 and 18 years old. I cannot sleep soundly because I have anxiety over the safety of my daughters.”

Additionally, refugees lack safe toilets and private shower facilities. Women and girls have resorted to walking some distance from the settlement to relieve themselves in the open, exposing them to potential violence.

“One woman lost her baby after nine months of pregnancy due to a lack of services,” said Massimo Diana, UNFPA’s Representative in Sudan. The woman had arrived at the health centre too late to deliver safely.

“No woman should have to go through this, and we are working to ensure services are available to save lives,” he added.

UNFPA estimates that, of the newly arrived refugees in Sudan, more than 700 are likely to be pregnant, and there may be around 150 survivors of gender-based violence in need of assistance. This estimate is based on the Minimum Initial Service Package for Reproductive Health in Crisis calculations wherein around 2 per cent of women of reproductive age are expected to experience sexual violence.

More than 7,500 refugees are estimated to be women of reproductive age.

“The first day I arrived in this camp, I began menstruating,” one 26-year-old refugee told UNFPA. “One day, I stayed wearing stained, bloody clothes. Then I sold my only valuable – my Android phone – to buy underwear, cotton and soap to deal with menstruation.”

UNFPA is working to establish safe spaces for these women and girls, where they can find psychosocial support and referrals to health and other services.

With partners, UNFPA is also working to distribute dignity kits, which contain hygiene supplies such as sanitary napkins, clothing, soap, undergarments and other necessities.

UNFPA is also providing clean delivery kits, which contain basic supplies to facilitate a safe childbirth, including antiseptic cream, a razor to cut the umbilical cord, a sterile sheet for a woman to deliver on, and a blanket to warm the baby. More comprehensive emergency reproductive health kits are being provided to health workers and to clinics that are being set up on-site.

But more assistance is needed.

Partners, including the UN Refugee Agency, estimate the number of refugees could rise to 200,000 in the coming six months. 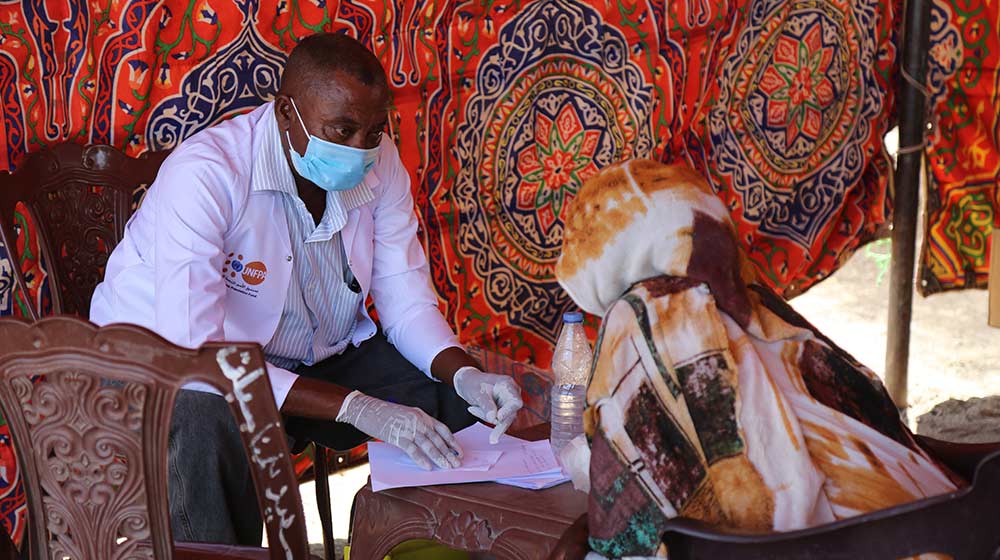