HARGEISA – It was 9 p.m. when a little girl arrived in critical condition at the maternity teaching hospital in Hargeisa. She had been bleeding all day after undergoing female genital mutilation (FGM) that morning. “When she is brought to us, she is almost dead,” recalled Edna Adan Ismail, the founder of the hospital and a pioneer in the effort to eradicate FGM.

“How could you do this?” Ms. Adan remembers asking the girl’s family. The mother replied, simply, “We wanted to purify her.”

In 2002, after working for the United Nations and World Health Organization for over 15 years, Ms. Adan, a nurse and midwife, opened the Edna Adan Maternity and Teaching Hospital in Hargeisa. Since 2006, the hospital has worked with UNFPA to develop and implement a midwifery curriculum. At Ms. Adan’s own insistence, no midwife or other health personnel can enrol in the training programme without first agreeing to work towards ending FGM. 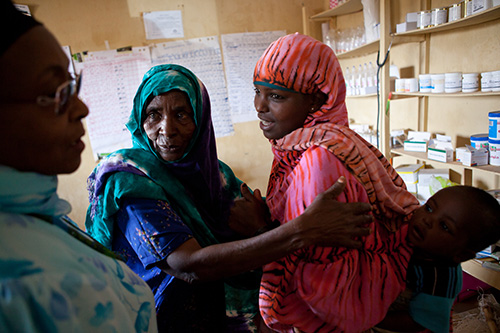 Ms. Adan meets a village midwife and a midwife who was trained at the Edna Adan Hospital. © Arthur Nazaryan/Delphin Films

FGM, a practice that involves altering or injuring the female genitalia for non-medical reasons, can cause chronic pain, infections, increased risk of HIV transmission, birth complications, infertility, and even death. It is internationally recognized as a violation of the human rights of girls and women, yet 98 per cent of women aged 15-49 in Somalia have undergone some form of the practice. While rates of FGM appear to be declining, Ms. Adan says, it is still “far from [where] I would like it to be.”

Her hospital confronts the effects and complications of FGM on a daily basis. Cases have included girls who are haemorrhaging or unable to pass urine because of their stitches. Often, the girls have been cut hours or sometimes days before being brought to the hospital. In the most severe cases, not enough skin remains to allow health workers to suture the wound. 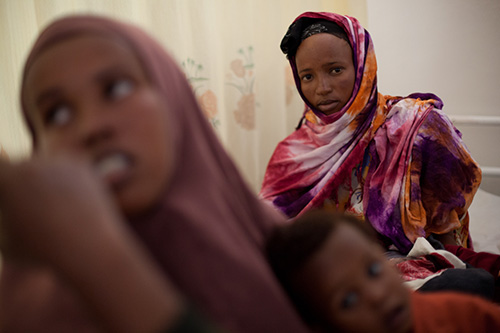 The hospital also sees frequent labour complications stemming from FGM, including prolonged and obstructed labour, foetal distress, and even stillbirth.

Fighting the tradition of FGM “I cannot keep quiet about this because it is prolonging labour. It is delaying the birth of a child. It is causing pain. It is causing an infection that should not be there. It is causing complications in women that women need not be experiencing,” Ms. Adan said.

Ms. Adan instructs her staff to educate community members about the harms of FGM. This includes dispelling common misperceptions about FGM, such as the belief that it is a religious requirement.

“Islam does not require women to be circumcised,” Ms. Adan said. “So we spread this information that it is contrary to the teachings of Islam.”

Even explaining what the practice involves can help change people’s minds, she said. “We teach what happens, because many people do not know what female circumcision entails.”

Ms. Adan also highlighted the need for FGM to be seen as a community issue – one that involves a girl’s entire family, including the men. “In recent years, we have also concentrated on the fathers,” Ms. Adan said, “and we insist the fathers also become involved in the decision whether their daughter is going to be cut or not. The family together, the father and the mother, must protect their child together.”

Midwives on the front lines

UNFPA, jointly with UNICEF, leads the largest global programme to accelerate the abandonment of FGM. The UNFPA-UNICEF Joint Programme on FGM/C and the UNFPA Midwifery Programme have begun to mobilize midwives to prevent FGM and to care for complications resulting from the practice. 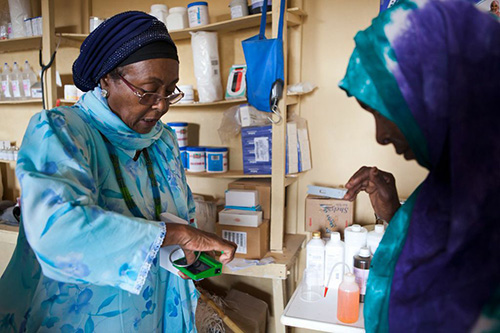 UNFPA has also launched an e-Learning module to teach midwives about the harms of FGM, and to strengthen their ability to serve as champions for change.

As Ms. Adan’s experience has shown, midwives have unique knowledge about the practices and social dynamics within a community, and they are well-positioned to identify when and where FGM occurs.

They also see its gravest consequences. “When child […who] has been bleeding all day, and has almost a foot in the grave, not because of a disease but because of what another human had done to that child – I think it is the most horrible thing,” said Ms. Adan.

“We thought we were going to lose her,” she added. “But she made it.” 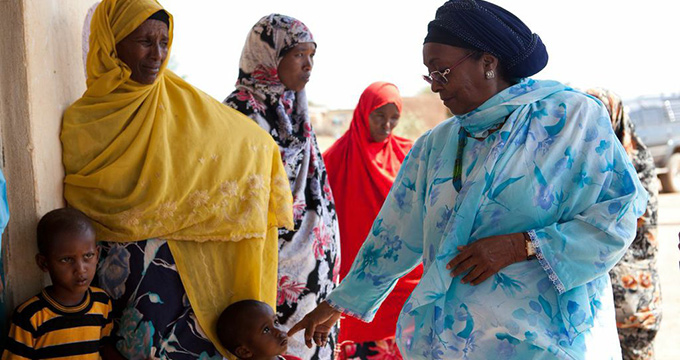 A nightmare within a nightmare: Taking on sexual and gender-based violence in…

“Crossing the river” to a safe delivery in rural Cambodia