A 2011-2012 survey found that, among girls aged 15-19, less than 1 per cent were married. But among disadvantaged minority groups, this figure is much higher. In the Roma community, for instance, 38 per cent of 15- to 19-year-old girls were married. Girls with little formal education were found to be the most vulnerable.

“We need to talk about this issue with all young people,” said Aida, a teenager who is a member of the Roma ethnic group.

Aida is helping to spark this conversation in her community – as a performer. She stars in “Ruža,” a drama about a girl being forced into marriage. 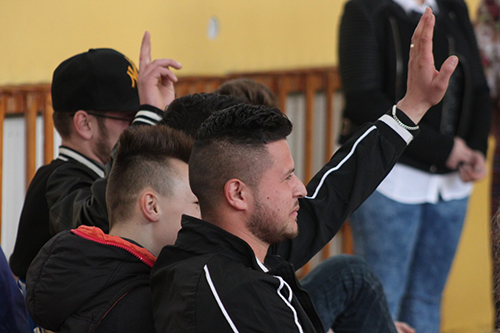 Child marriage is a human rights violation, and its effects are cascading. Child brides are more likely to become pregnant early – often even before their bodies are ready. Globally, pregnancy-related complications are the leading cause of death among older adolescent girls.

Child brides are also extremely vulnerable to gender-based violence. And they are less likely to complete their educations, limiting their ability to exit poverty.

The Roma are the largest, and most disadvantaged, minority group in Bosnia and Herzegovina. It is common for Roma girls to get married at the age of 15 or 16 – and in some cases as young as 13 or 14.

“These early marriages should not be seen as a tradition or customary behaviour of Roma groups, but as a violation of Roma girls’ human rights,” said Mujo Fafulić, the director of Romalen, an NGO that provides support to the Roma communities in Bosnia and Herzegovina. “These are forced marriages, which mean they are a form of violence and discrimination, and represent a failure to meet international obligations to realize the rights of children.”

“Ruža” aims to bring this message to affected communities. 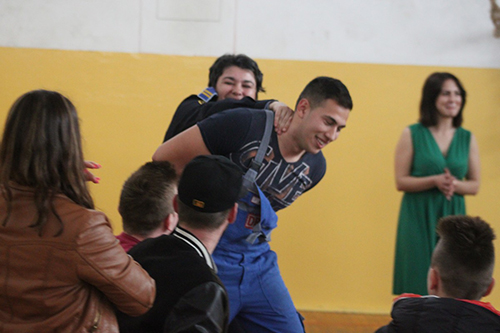 A police officer watching the play decides to join the scene, pretending to arrest the brother who is forcing his sister to marry. Audience engagement is a major part of initiative. Photo by Almir Panjeta for UNICEF/UNFPA BiH

Developed with support from UNFPA, UNICEF and Romalen, the play depicts the struggles of 15-year-old Ruza, who feels betrayed when her brother arranges for her to marry an older man. The marriage will force her to drop out of school.

Changing the outcome for Roma girls

The performance is designed to involve audience members, with discussion and debate led by a teacher or social worker, who encourages people to suggest what the characters can do to change the outcome of the story.

At one performance, 14-year-old Belma, a spectator, urged the actor playing Ruža’s brother not to marry off his sister. After some discussion, the brother conceded.

“I wanted to show that we should not act as passive bystanders; we can do something to help if a girl is being forced to agree to do something that she does not want to do,” Belma said after the performance.

“Ruža” has so far been performed 10 times across six different municipalities with large Roma populations, mostly at schools. Over 800 students and community members have watched the production.

Local authorities, police officers, social workers and teachers are also encouraged to attend – and participate – in the interactive drama.

“As many young people as possible must see this play and learn more about early marriages,” said Hana, 13. She added that she learned a lot from watching the performance.

“If I found myself in a situation like this, I would refuse,” she said. “I have a right to my childhood.” 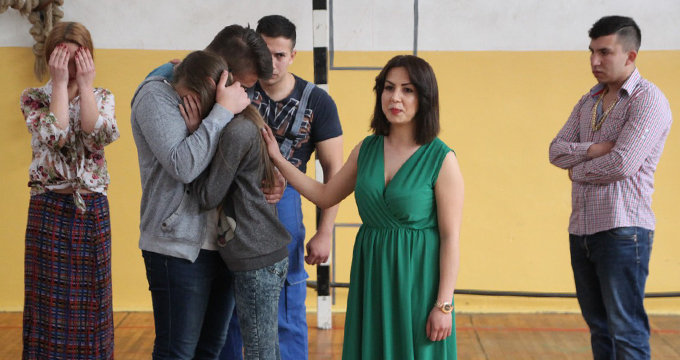