UNITED NATIONS, New York – During the 60th Commission on the Status of Women (CSW), UNFPA announced that it was appointing actor and activist Ashley Judd as UNFPA Goodwill Ambassador for the Empowerment of Adolescent Girls. In her role, Ms. Judd plans to visit all 150 countries where UNFPA works to help raise awareness about the issues and human rights abuses vulnerable girls around the world face each day – from child marriage to obstetric fistula. In addition to working with UNFPA, she has been actively involved with organizations including YouthAIDS, the International Center for Research on Women, Women for Women International, Equality Now and Population Services International (PSI), among others. During CSW, UNFPA sat down with Ms. Judd to discuss her appointment and long-time dedication to promoting every girl’s right to reach her full potential.

UNFPA: Why do you want to serve as UNFPA Goodwill Ambassador?

Ashley Judd: I’d like to answer that by speaking to all the adolescent girls around the world. I am here to serve you, and am very proud to be your UNFPA Goodwill Ambassador. I look forward to working with you and with all the activists dedicated to women’s and girls’ empowerment around the world who I’ve learned so much from in the decade-and-a-half that I’ve been doing this work.

And I’d like to tell you a story about one of those brave girls, your sister Mamitu. Mamitu was given by her parents into a forced early marriage, the sexual consummation of which resulted in fistula. Because she was leaking urine and faeces, Mamitu was immediately ostracized by her new so-called husband and her entire village. She had heard vaguely about a place in the capital where she might be able to receive help, and so somehow she found her way there and to Dr. Catherine, the great obstetric surgeon from New Zealand who founded a fistula repair practice with her husband.

But after she had the fistula repair surgery, Mamitu was unable to return home because of the ostracism caused by fistula. And she had nowhere to go. So she stayed at the clinic. She made herself useful. She swept floors. She held other women’s hands. And eventually, she learned to perform the surgery herself. Mamitu is now one of the world’s greatest fistula repair surgeons, and at the time that I first learned of her in Half the Sky, the great book by Nicholas Kristof and Sheryl WuDunn, she was getting a third grade education. She was still mostly illiterate, but doctors from North America travelled to study under her.

It’s stories like Mamitu’s that make me confident that, together, we can end harmful practices against women and girls and empower them to change the world. 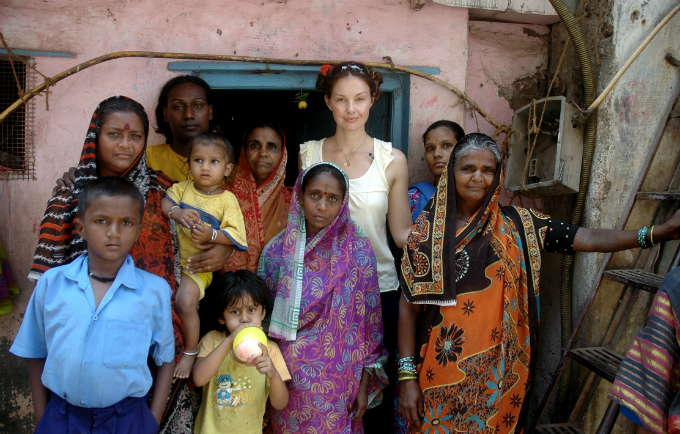 Ashley meets women and children in Mumbai while filming a documentary with PSI. © PSI

UNFPA: Why does UNFPA’s mission appeal to you personally?

Ashley Judd: When I was 10 years old, I wanted to be a cheerleader, I liked to play, and I had already experienced incest, maltreatment and neglect. And I love and adore my parents, and they love and adore me, and are so proud of me for being here today, but although my parents love me and absolutely wanted the best for me, what they were able to do at the time wasn’t a lot.

And when I was in the 10th grade, my mom went on the road as part of the now legendary musical duo The Judds. I found myself living alone in an apartment in Williamson County, Tennessee, without a single intervention or a question from a teacher, a guidance counsellor, a social worker, or even a neighbour or a parent’s friend. And I assure you, people knew.

So I physically moved myself to Fayette County, Kentucky, to live with my dad, hoping I could find better care and support there. At the time, my dad was suffering from addiction, and he has since told me that after I would go to bed at night, he would shut my bedroom door, push the furniture up against it and drug all night. Eventually, he left some money in an envelope and left the state. And again, I lived alone. And again, no one intervened on my behalf.

Eventually, I got to go to Eastern Kentucky and live with one of my grand mommies. And so I hugely value grandmothers and their role in so many girls’ lives, because mine absolutely saved my life. It took just one adult to do a little bit on my behalf with love and care and concern to get me here today. And I want to help provide other girls with that kind of safe space and empowerment. 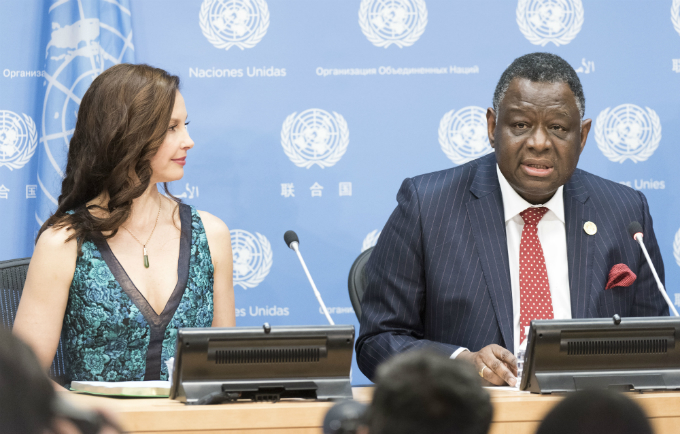 UNFPA: What is the most critical thing we as a global community can do to empower vulnerable women and girls?

Ashley Judd: The through line that allowed me to change my life was being able to complete my education. And that’s what we need to make sure all girls have access to – education. But I understand that the current barriers are large. For example, a girl who is forced into early marriage is typically taken out of school, so her access to education is hugely constrained. Plus, she has no control over her sexual and reproductive health, she is violently initiated into sexual activity, and she can’t plan and space the birth of her children.

And that causes huge psychological trauma and distress. It’s debilitating. It affects every cell of her body. It affects brain development. And it can affect social outcomes and impede her ability to care for her own children. The only way we can stop that trauma and cycle is by keeping girls in school.

Because I live in the United State, where education is more accessible than in many countries, I was able to go to University of Kentucky, where I got a wonderful education. And it was the female teachers who really inspired me. All it would take was one encouraging word in the hallway after class, and I would go home and study my guts out. Because just that little bit of encouragement allowed me to believe in myself.

And eventually, of course, I went to Hollywood, and I’ve enjoyed a wonderful career there. And guess what else? How improbable is it that I, coming from my background, was able to go to a little school called Harvard and get a master's degree in public administration. And that I was able to take a class titled Gender Violence, Law and Society and write a paper informed by own personal experience that would be awarded the Dean’s Scholars Award. And now I am applying for a Ph.D.

I am living proof that one can grow up without knowing your rights, without access to the laws, justice and basic services that were supposed to protect you and still thrive. And you can too. Let’s get it done.