UNITED NATIONS, New York/KYESHERO, Democratic Republic of the Congo – Women do not stop giving birth when disaster strikes. Every day, about 500 women die of childbirth-related causes in humanitarian emergencies or fragile settings.

Yet women’s reproductive health needs are not considered priorities in humanitarian response.

To change this, representatives of Bayer, Benetton, General Electric, and Johnson & Johnson, and advocacy organization Zonta International met yesterday with United Nations and foreign affairs officials at UN Headquarters in New York to pledge their support for the Safe Birth Even Here campaign. 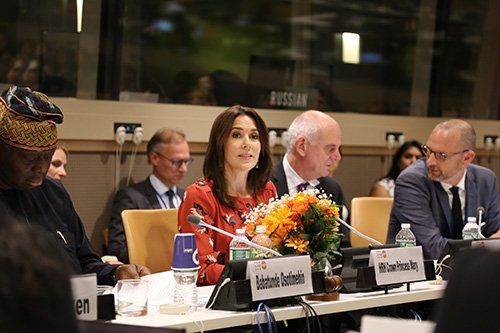 "In many humanitarian and fragile situations, we are failing to protect the fundamental human rights of girls and women," Princess Mary of Denmark said at the United Nations Headquarters in New York. Beside her are UNFPA Executive Director Dr. Babatunde Osotimehin and David Nabarro, a UN Special Adviser. © UNFPA/Koye Adeboye

The campaign aims to increase access to reproductive health care in crisis-affected areas.

Four years ago, Sarah Nyirangirimana was thrilled to be pregnant. She had struggled to conceive after her first child was born 11 years before.

“I was the happiest woman on earth and was looking forward to giving birth to that child I considered a gift from God,” she recently told UNFPA.

But Ms. Nyirangirimana lives in the North Kivu Province of the Democratic Republic of the Congo, where a brutal conflict was raging, keeping her from reaching health care.

“Roads were blocked or unsafe, and it was difficult to move,” she said. “Us women were bearing the brunt of the violence, with rape, abduction, shooting and looting throughout the area.” 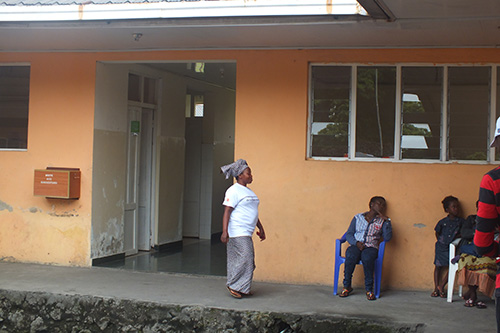 Sarah Nyirangirimana at a clinic in Kyeshero, North Kivu Province. There, she received surgery for childbirth-related injuries. She has not been able to resume her normal life. © UNFPA DR Congo

Her town in the mountainous territory of Rutshuru was at one point seized by rebel fighters. People were afraid to leave their homes.

Under these conditions, Ms. Nyirangirimana went into labour.

She was in agony for hours. “It was painful. Only family members who did not have any medical background attended to me,” she recalled.

There was no way to know that she was experiencing dangerous childbirth complications – until she gave birth to a stillborn baby boy.

And her ordeal was not over.

Ms. Nyirangirimana suffered serious injuries from childbirth. After stability returned to her region, UNFPA helped her receive surgery, but she has still not been able to fully recover.

UNFPA and its partners are working to ensure women like Ms. Nyirangirimana have access to reproductive health care, even in emergencies. 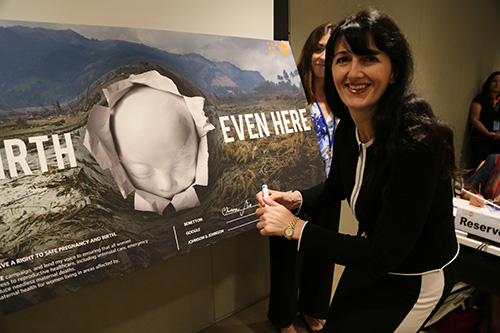 Professor Chiara Mio of the Benetton Group signs the pledge to support the Safe Birth Even Here campaign. © UNFPA/Koye Adeboye

This means not only maternal health care, but the full range of health services needed to protect women’s health and rights. This includes access to family planning, sexual health information, and gender-based violence prevention and responses.

“We must recognize that for a woman who is about to give birth, or for the adolescent girl who survived sexual violence, these life-saving services are as vital as water, food and shelter,” said UNFPA Patron Princess Mary of Denmark at the UN meeting.

“It is not a luxury,” said David Nabarro, the Special Adviser on the 2030 Agenda for Sustainable Development. “It is essential.”

The companies' representatives highlighted the importance of using their strengths and resources – such as technologies, supply chains and awareness-raising abilities – to support these efforts.

Chiara Mio, president of the Benetton Group’s sustainability committee, added, “We don’t want to be limited to donating t-shirts when there is an emergency.”