UNITED NATIONS, New York/ DEBERE TALATA, Burkina Faso – When Roukiatou Youssoupha Diallo, in rural Burkina Faso, was engaged to be married, she was not even 13 years old. The traditional practice, one embraced by her family and much of their community, was not intended to harm her or derail her future, but it almost certainly would.

Despite near-universal commitments to ending child marriage, an estimated 37,000 girls are married every day around the world, according to UNFPA data from February. 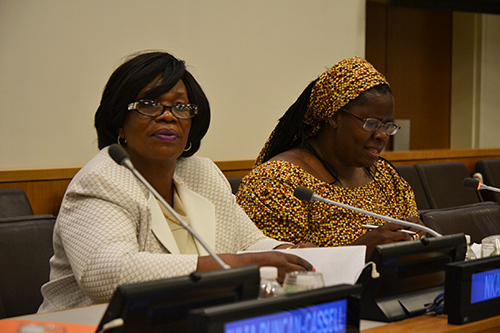 The cumulative effects of this practice are dire, said Benoit Kalasa, the technical director at UNFPA.  “We have this large cohort of adolescents… A big part of them is being denied the opportunity of growing as human capital, as an asset for countries. And that is a lost opportunity.”

The panellists decried the rationalizations used to explain the practice.

For example, many parents believe child marriage will secure care and protection for their daughters. “Usually the justification is that it is for the safety of the girl,” said Mr. Kalasa, “which is not the case because the consequences are too many.”

In fact, he explained, “you expose her to risks.” Because many child brides become pregnant before their bodies are ready, they face the “risk of dying during delivery or risk of coming out of the delivery with a morbidity [such as an obstetric] fistula.”

Some families marry their daughters off to be relieved of the financial burden of caring for them. “It is unacceptable that the world can accept the argument of poverty, that our families can be so poor as to marry off their girls to get out of poverty,” said Nyaradzayi Gumbonzvanda, the African Union Goodwill Ambassador for ending child marraige.

In fact, child marriage perpetuates poverty. Girls who are forced to abandon their studies to get married will have fewer opportunities to develop skills and earn an income.

Ms. Gumbonzvanda's own mother was married while still a child, she told the meeting’s attendees. “I know what means to be born of a parent whose dreams were cut short, who lives in the midst of poverty and exclusion.”

Programmes to end child marriage must be intensified, the panellists said, and they must involve a wide range of partners, including governments, civil society and cultural leaders.

One such programme saved Roukiatou, now 13, from getting married.

A partnership between UNFPA and the government, and with local partner Mwangaza Action, helped bring information about the harms of child marriage to areas of Burkina Faso where the practice is prevalent. Local leaders were asked to endorse the abandonment of child marriage and to encourage girls to stay in school instead.

The advocacy efforts reached Roukiatou’s parents in the village of Debere Talata. They were convinced, and the wedding was cancelled. Now, they are proud of their daughter, who has recently graduated from primary school.

An estimated 2,500 girls in Burkina Faso have so far been reached through the programme.

Roukiatou now wants to be an advocate for girls’ education. "I want to become a teacher in order to help my village and all the girls who have not yet had the opportunity to go to school,” she told UNFPA officials visiting Debere Talata in May.

“I want to tell all these Debere Talata parents that school is good for a child." 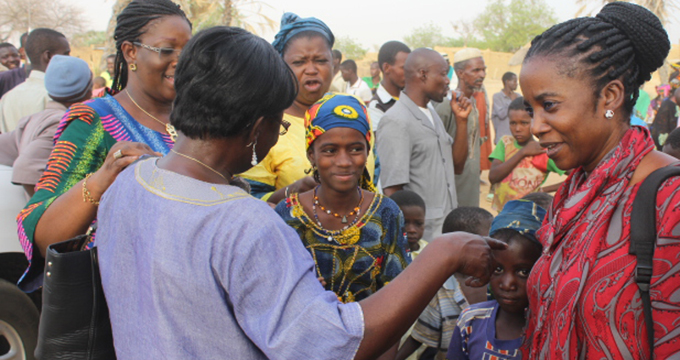