YANGON, Myanmar – Globally, a person dies from suicide every 40 seconds, and it is estimated that for every death, 20 others have attempted to take their own lives. The vast majority of suicides take place in low- and middle-income countries, according to the World Health Organization.

Young people’s vulnerability to suicide-related mental health problems is particularly concerning in Myanmar, a country that has long grappled with conflict and humanitarian crises. “There is a strong association between conflict, forced migration and higher rates of mental and psychosocial disorders,” said Eri Taniguchi, a UNFPA specialist in issues relating to gender-based violence.

“As we all know, the vulnerabilities of women, girls, youth and adolescents increase in humanitarian settings, while mental health and psychosocial needs tend to be overlooked or considered not a priority,” she added.

“Suicide is a serious public health problem,” Ms. Taniguchi said. “However it is preventable with timely, evidence-based and often low-cost intervention.”

The toll of inequality, violence

There is little reliable information about why women experience such suicide rates, but it is clear that women and girls in Myanmar face a range of stressors, including persistent gender inequality and high rates of violence.

According to one recent survey, 11 per cent of women and girls reported experiencing physical or sexual intimate partner violence within 12 months of the survey date.

UNFPA is working to integrate mental health and psychosocial services into its support for survivors of gender-based violence. This includes providing counselling and group support activities at women and girls centres, as well as educational and vocational trainings, which can help survivors find economic empowerment.

UNFPA is also working closely with the Department of Social Welfare and other partners to provide mental health and psychosocial support in conflicted-affected communities in Kachin, Rakhine, Shan, Kayin and Mon States.

Between April 2018 and June 2019, UNFPA reached 24,000 survivors and vulnerable women and girls with group psychosocial support.

UNFPA is also helping to raise awareness of the mental health needs of young people.

In October, UNFPA and the mental health organization Metanoia held a “talk show and sharing session” in Yangon to promote awareness about suicide prevention. The session, facilitated by Metanoia, drew more than 50 young participants and was aired on local television.

It was a taboo-breaking event.

“People are reluctant to discuss about mental health issues openly,” said Dr. Ohnma Win Pe, Metanoia’s director. “We need to create a comfortable environment so that more and more people engage in the issue to come up with better plan for prevention.”

“Depression and lack of space for sharing are underlying drivers to increase the suicide cases among young people nowadays,” said Laha Hkawng Lum, 21.

Youth-friendly spaces and peer networks can help provide some of this support. UNFPA currently supports two youth centres in Kachin as well as one youth “corner” at the health clinic in Kayin, where adolescents and young adults can receive services and guidance.

But more work must be done to end the stigma associated with mental disorders.

“In our society, discussion on mental health is somehow considered as ‘social taboo’, and those seeking mental health support are often stigmatized,” Ms. Taniguchi said. “This has to change.” 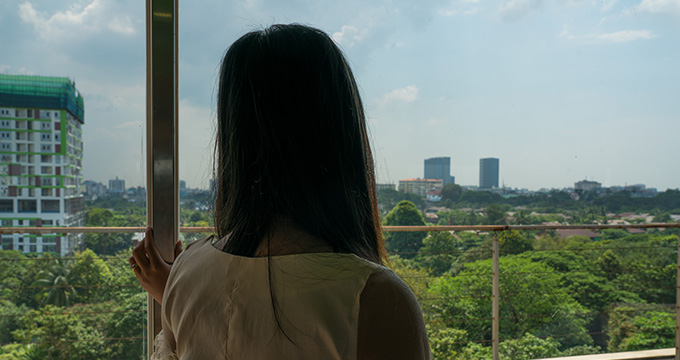