ERBIL, Iraq – Dr. Suhair Abdul Alghffar, an obstetrician working in Iraq, thoroughly understands the risks and rigors of pregnancy. She also understands the misery of her patients, having essentially walked in their shoes.

Dr. Abdul Alghffar is one of an estimated 2 million people who are internally displaced in Iraq. This summer, she, along with tens of thousands of others, fled Mosul when it was overtaken by the Islamic State of Iraq and the Levant (ISIL, also known as ISIS).

Most took refuge in the Kurdistan Region of Iraq and are uncertain when, or if, they will see their homes again.

The pain of their plight is still very raw. "I fled my home in June,” said Dr. Abdul Alghffar, bursting into tears as she described her attachment to the ancient city where she was born, established her career and raised her family. “All that I made and achieved over the years has vanished,” she said. 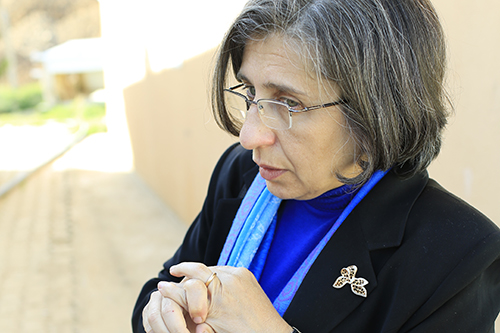 Despite her losses, she remained mindful of the skills she had honed while working at a university hospital for over 25 years. And her recent experiences made her an ideal candidate for managing the Baharka women’s clinic in the Erbil Governorate for UNFPA.

"Dr. Abdul Alghffar’s professional experience and what she has been through made her the best choice to serve other internally displaced women," said Wael Hatahet, UNFPA’s humanitarian coordinator in Iraq.

He explained that she came to Erbil at a time when UNFPA needed an obstetrician/gynaecologist to support the sexual and reproductive health needs of women and girls in the rapidly expanding Baharka camp. Opened in July as temporary measure for some 200 people, it now serves a population of around 5,000. That number is expected to rise to 20,000.

Two midwives, who also fled Mosul last summer and who reside in the camp, have recently been hired to support Dr. Abdul Alghffar and fellow displaced Iraqis, Mr. Hatahet said.

Being able to serve others brings Dr. Abdul Alghffar satisfaction, she told UNFPA as she checked in new medical equipment bound for the camps.

“I know their suffering, and what they have been through. Thus I feel satisfied while helping these women,” she said.

About a dozen formal and informal camps have been established or reopened in the Kurdistan Region to meet the needs of displaced families. UNFPA recently created women’s centres offering reproductive health services and recreational activities in two of the camps.

One is located in Khanke Camp, in nearby Duhok Governorate. "There is a huge number of pregnant women in Khanke Camp,” Dr. Abdul Alghffar said. “With the clinic inside the camp, they will be spared the effort of going out to hospitals whenever they need a medical check-up.” Under their difficult circumstances, more of the displaced women are requesting contraceptive services, the doctor noted.

UNFPA is also participating in a winterization response, including the distribution of 20,000 dignity kits containing warm clothes for women and girls of reproductive age. About 5,000 of the kits are tailored for pregnant women and an equal number for their newborns. UNFPA has also helped secure 9,200 ‘dishdashas’ – long traditional dresses that will help them keep warm over the next few months. 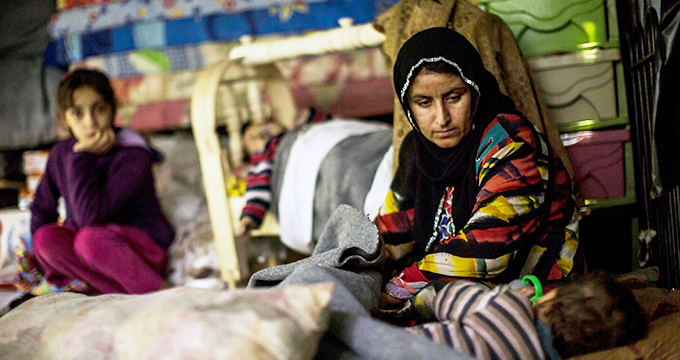