EN FR
In the last five decades, the countries of Eastern Europe and Central Asia (EECA) have experienced significant shifts in the number of young people (ages 10 to 24), people of working age, and older people as a percentage of their total populations. The number of young people in the region peaked in 2000 and has slightly decreased in the last decade, both in absolute terms and as a share of the total population. In all EECA countries, the number of young people is expected to stabilize at around 17% of the population by 2075, according to the medium-fertility scenario of the UN World Population Prospects. The working-age population, however, is relatively large and expected to expand further in the coming decades in most countries. All countries in the region are also experiencing increases in the proportion of people in older age groups. 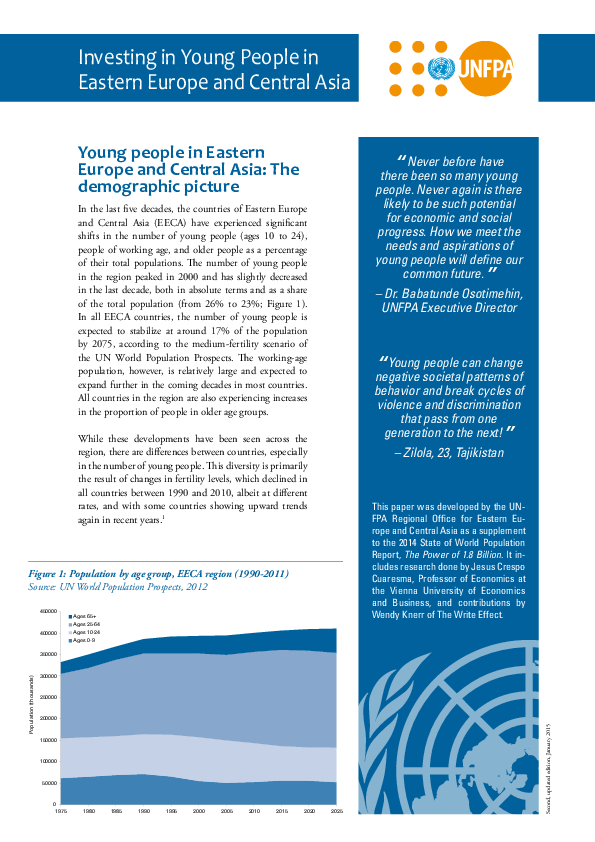