UNITED NATIONS, New York, 18 November 2014—Developing countries with large youth populations could see their economies soar, provided they invest heavily in young people’s education and health and protect their rights, according to The State of World Population 2014, published today by UNFPA, the United Nations Population Fund. The potential economic gains would be realized through a “demographic dividend,” which can occur when a country’s working age population is larger than the population that is dependent and younger, the report shows. But to maximize the dividend, countries must ensure their young working-age populations are equipped to seize opportunities for jobs and other income-earning possibilities. 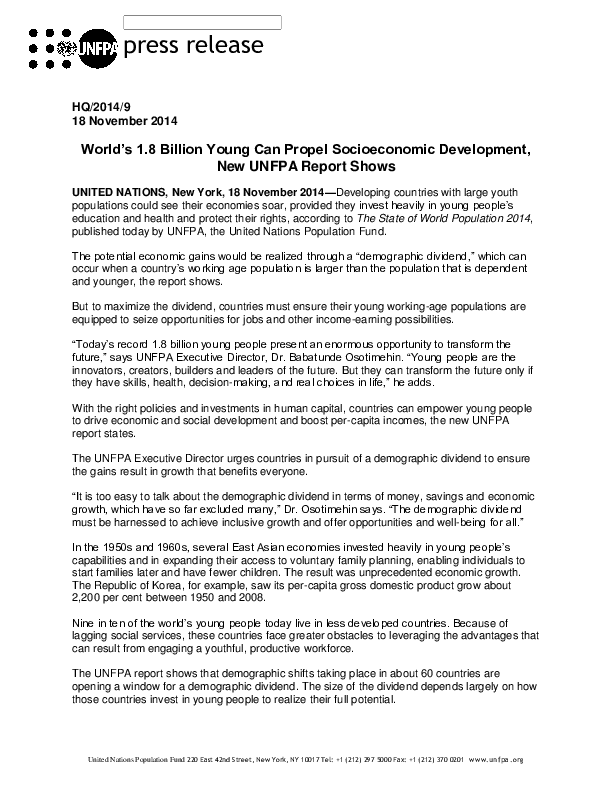