MONROVIA, Liberia – Thirty-six year old Comfort Fayiah, in Monrovia, Liberia, never imagined her pregnancy would end the way it did – with her giving birth on the side of the road, in a heavy downpour, to twins.

The Ebola crisis has left health systems reeling, increasing threats to pregnant women. Throughout the three most-affected countries – Guinea, Liberia and Sierra Leone – health facilities are gravely understaffed, and in many, health workers lack the personal protection equipment required to keep them safe from exposure. Many women are refusing to seek care from health centres, and some overwhelmed, undersupplied health facilities are turning away those who arrive.

When Ms. Fayiah went into labour on 18 September, her family struggled to find a health centre where she could deliver.

“We went to four different clinics and hospitals, but they would not allow my wife in,” said Victor Fayiah, Ms. Fayiah’s husband. “I begged them, I cried, but they bluntly refused.” 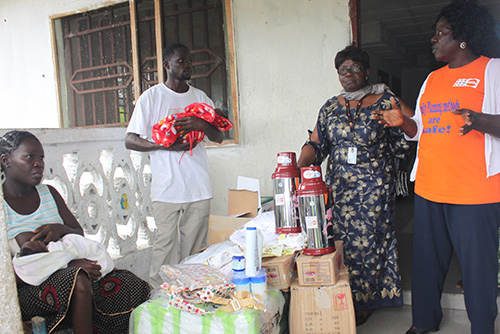 The crisis has also left pregnant women vulnerable to exploitation: At the last hospital Ms. Fayiah visited, on 19 September, nurses said she would require a surgical delivery, but only after a $450 fee was paid.

“The hospital administration requested a cash down payment of $450 before my wife would be touched,” Mr. Fayiah said. “Upon realizing that we did not have the money, and for fear that my wife could pass away in their premises, a man acting on the order of the hospital physically pushed my wife out. He said, ‘Get outside! Do you think this is a free hospital?’”

They walked barely 10 metres in the pouring rain before Ms. Fayiah collapsed and began to deliver twin girls.

Instead of receiving care from hospital staff, she was assisted by people on the street, some of whom shielded Ms. Fayiah from the nearby traffic.

“Onlookers came, including women who formed a human chain barrier using their clothes,” Mr. Fayiah said. “And a nurse assistant who was passing on a motorbike assisted my wife to deliver.”

The nurse assistant, Duworna Monibah, recounted: “When I arrived at the scene, the first baby was already out and the second was not lying properly. I forgot that there was something called Ebola. All I thought about was saving the woman and her babies’ lives. I immediately asked for plastic shopping bags as there were no gloves.”

With his makeshift gloves, he helped the second baby emerge.

“I managed the position of the last baby and, as God would have it, she came out,” Mr. Monibah said. 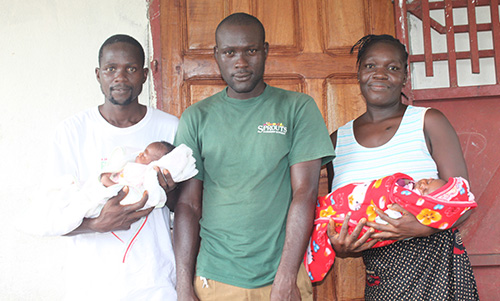 The Liberia Medical and Dental Council later investigated the nurses who had turned Ms. Fayiah away; they were found guilty of committing an ethical transgression.

Ms. Fayiah’s story, sadly, is not an isolated case. Other women have reported being refused care or facing exorbitant fees.

UNFPA estimates that in Guinea, Liberia and Sierra Leone more than 800,000 women will give birth in the next 12 months. Of these, more than 120,000 could die of complications in pregnancy and childbirth if life-saving emergency obstetric care is not provided.

To help ensure demand for care is being met, UNFPA is also supporting mobile clinics and tent-based outreach to pregnant women, and is recruiting hundreds of midwives to provide maternal health and family planning services. 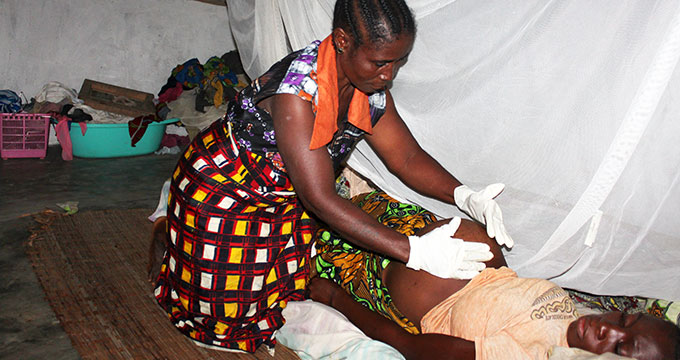