Donor contributions to UNFPA and other income in 2010 reached a record $870 million, up from $783 million a year earlier, according to the UNFPA Annual Report 2010, which also shows that 21 donors each made contributions exceeding $1 million and that the contribution from the Netherlands—UNFPA’s largest donor in 2010—totaled more than $119 million.

The contributions supported UNFPA projects and other initiatives in 155 countries, areas and territories in 2010 that aimed to empower women to make their own reproductive decisions, promote gender equality, gather and use data to guide development programmes and prevent HIV, especially among young people. 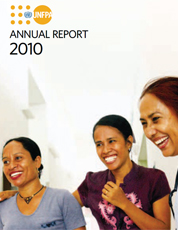