The recent Turkish incursion in northern Syria has resulted in the displacement of 108,514 from Al-Hassakah, including 27,130 women of reproductive age. Current population movements include IDPs in host communities, IDPs in collective shelters, relocation between camps, temporary displacement to host communities as well as movements from camps to host communities, collective shelters, informal settlements, and others. With the recent drops in temperatures and winter months approaching, women and girls are expected to adversely suffer the effects.

The current situation has put the lives of women, men, girls and boys at risk every day and has significantly impacted their psychosocial well-being with reportedly high levels of trauma. According to a rapid needs assessment conducted by REACH, safety and security concerns severely restricted freedom of movement, while damage to civilian infrastructure prevented access to essential services. This exacerbates the vulnerability of communities, making the provision of humanitarian assistance in these areas even more critical. 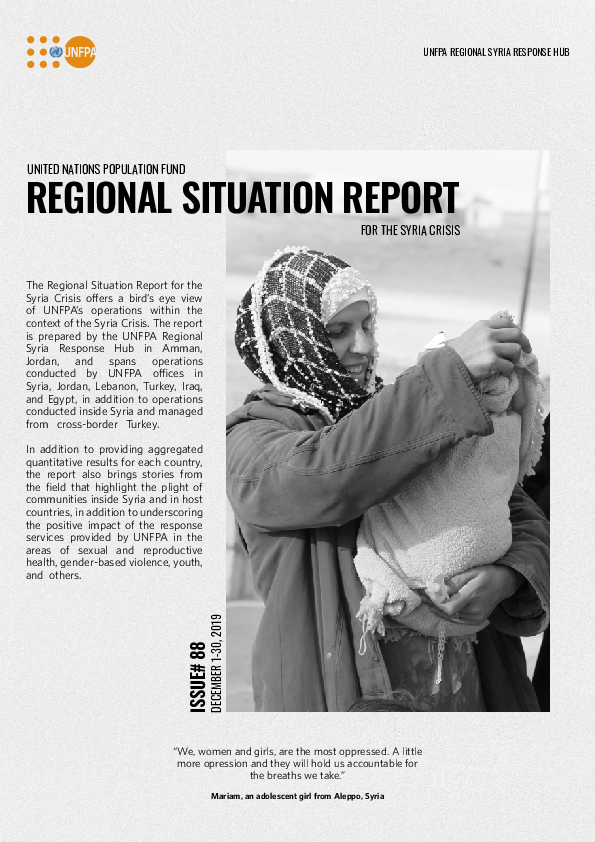