An estimated 24 million people – over 80 per cent of the population – are in need of some kind of assistance, including 14.4 million who are in acute need – nearly two million people more than in 2018. Some 4.3 million people have been displaced in the last three years with 3.3 million currently displaced with 1 million returnees. UNFPA estimates that among the 24 million in need of humanitarian assistance, six million of them will be women and girls of reproductive age and 960,000 will be pregnant women. 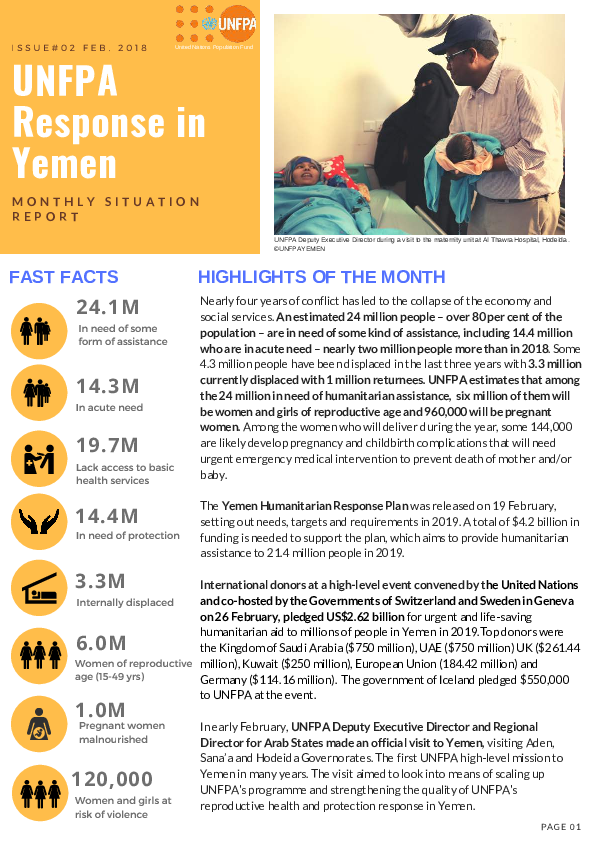