JAKARTA, Indonesia – Dita* never imagined that she would be a single mother at the age of 33. But after enduring 10 years of an abusive marriage, she found herself alone and struggling to raise two children.

Her husband had seemed nice enough at first. “When I met him, he was kind and polite,” Dita said.

But soon after their wedding, he forced her to abandon her career. Things escalated from there.

“My husband would beat me and use harsh words when he was angry, sometimes in front of the children,” she said.

Tragically, her experience is not unusual.

A UNFPA-supported survey has just revealed that violence against Indonesian women is widespread.

The nationwide survey was commissioned by Indonesia’s Women’s Empowerment and Child Protection Ministry, and was carried out by the Central Statistics Agency, with assistance from UNFPA, last year.

Some 9,000 households were surveyed in 83 districts, across 24 provinces. It used a methodology designed to collect sensitive information. Enumerators were trained in gender issues and conducted the survey in one-on-one interviews.

The results are the first reliable national data on this subject, ever, in the country.

“The data are sobering. It shows that violence against women happens around us,” said UNFPA’s representative in Indonesia, Dr. Annette Sachs Robertson.

Over 33 per cent of women, aged 15 to 64 years old, had experienced physical and/or sexual violence in her lifetime. This number is consistent with global figures on gender-based violence.

The survey also collected information on restrictions or limitations to women’s freedom – such as being prevented from seeing friends, communicating with family, performing religious practices or seeking health care without permission.

More than 42 per cent of women reported experiencing such restrictions.

A spotlight is now being shined on the supportive services required to meet the needs of survivors.

“Survivors need quality comprehensive support to break out of the cycle of violence and rebuild their lives,” said Dr. Robertson.

This includes protection, legal assistance, medical assistance and counselling, as well as empowerment programmes to give women the confidence and skills to support themselves. Awareness of gender issues and violence against women must also be raised.

Currently, some of these services are being provided by police, women’s organizations and civil society groups, including faith-based organizations. But much more is needed.

Vennetia Danes, of the Ministry of Women’s Empowerment and Child Protection, said her office will strengthen its efforts to respond to the needs of survivors, and to prevent violence from taking place. “The findings are strong evidence for policies to end violence against women,” she said.

UNFPA will be working with partners to strengthen such responses.

As for Dita, her husband eventually left her. Since then, she has been selling homemade meals to make ends meet.

Still, it is difficult to get by. She is considering returning to her hometown in Bandung, West Java, to live with her parents.

Her situation is a stark reminder that, as Dr. Robertson said, “Violence against women is a violation of human rights.” 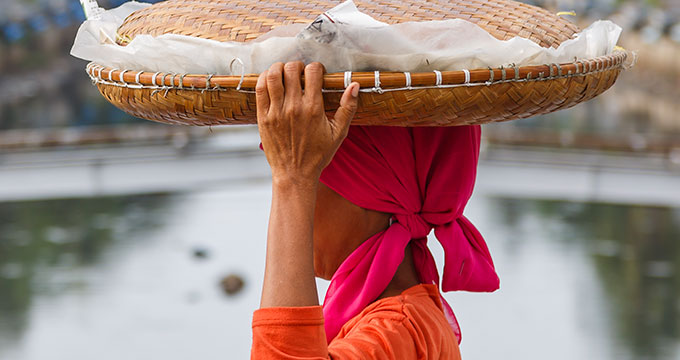