UNITED NATIONS, New York/BEIRUT, Lebanon – “To be pregnant in the middle of a humanitarian setting is already a dangerous situation, but for girls aged 15 to 19 the risk of pregnancy-related death is already twice as high than for somebody in their twenties. For girls aged 10 to 14, the risk is five times higher,” said Kesaya Baba, from the Youth Coalition for Sexual and Reproductive Rights, at a meeting held during the United Nations 61st Commission on the Status of Women, in New York.

The event brought together heads of state, dignitaries, activists and private sector partners, all part of Safe Birth Even Here, a global campaign to bring life-saving maternal health care to women and girls in crisis situations.

When disaster strikes, women and girls are often the worst affected. In addition to facing an increased risk of gender-based violence, they frequently lose access to reproductive health care.

In 2015, it was estimated that 61 per cent of maternal deaths took place in humanitarian crises and fragile settings, where health services, such as family planning, antenatal care and skilled birth attendants, can be hard to come by. 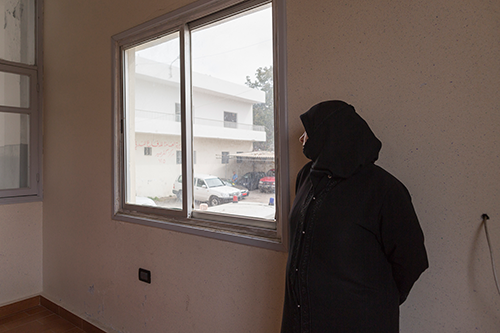 This Syrian refugee in Lebanon lost her son after she gave birth prematurely. © UNFPA/David Brunetti

“Someone to play with”

And even when reproductive health services are available, adolescents often lack access.

Girls are less able to advocate for themselves, and often face stigma when seeking such care, despite the fact that pregnancy can be especially deadly for them. Complications related to pregnancy are one of the leading causes of death among adolescent girls in developing countries.

Hiba*, 14, is a Syrian refugee in Lebanon, was married less than a year ago to a 35-year-old man. Today, she is seven months pregnant.

When asked about her condition at Al Mithaq women’s centre, she replied, “I am pregnant because I got married. I am excited to have a baby soon. I will have someone to play with.”

Hiba is far from alone.

A recent study by UNFPA and the American University of Beirut showed that two out of five Syrian refugee girls living in vulnerable parts of Bekaa, Lebanon, are married by the time they are 17 years old.

These child marriages are often quickly followed by early motherhood: 61 per cent of married 15-to-17-year-old girls reported having been pregnant at least once.

“Raising awareness of girls at a young age on sexual and reproductive health is critical here in Lebanon to protect them for the future,” said the manager of the Al-Mithaq centre, which is located in the under-privileged area of Baalbeck, home to a high concentration of girls affected by the crisis.

“Early marriage is becoming common. Very young girls are getting married without knowing anything on sexuality and family planning,” the manager continued.

At the centre, which UNFPA has supported, social workers connect girls to information about reproductive health care and their human rights. UNFPA has also supported the centre’s mobile teams, which reach out to girls and women in the community.

“We offer them the support they need to deliver safely, and we continue supporting them over time. It takes time to change mentalities,” the manager added.

Since 2012, UNFPA has played a key role in responding to the sexual and reproductive health needs of those affected by the Syrian crisis.

In Lebanon alone, over 50,000 community members have received information on gender-based violence and sexual and reproductive health care; reproductive health supplies and contraceptives have been provided to 214 primary health centres, enough to serve 140,000 people; and campaigns are underway to urge people to reject child marriage.

Still, the needs are enormous. 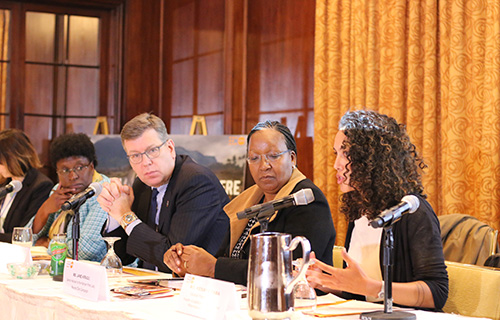 To meet these needs, and those in other humanitarian emergencies, UNFPA’s Safe Birth Even Here Campaign was initiated in 2012. It was relaunched in 2016 with Benneton as a key partner.

Since then, a number of other partners have joined the campaign, including Baby Box Ltd, Bayer, General Electric, Google, Hela Clothing, Johnson & Johnson, Moccasin Lake Foundation and Zonta International.

In addition to nearly 20 agreements being developed to advance the campaign, approximately $2 million has been raised to support programmes in Central America and West Africa.

And at the 20 March event in New York, Parsons School of Design announced a new project with Hela Clothing, to develop a clean and reusable undergarment that would help emergency-affected women and girls better maintain their menstrual hygiene.

"By 2030, over 60 per cent of the global fora will be living in fragile contexts. Inequality gap will get bigger," said Chunmei Li, Director of the Global Community Impact at Johnson & Johnson. "Private sector can help narrow the gap between the increasing demand for assistance in these fragile contexts and the increasing constraints in aid assistance within government budgets." 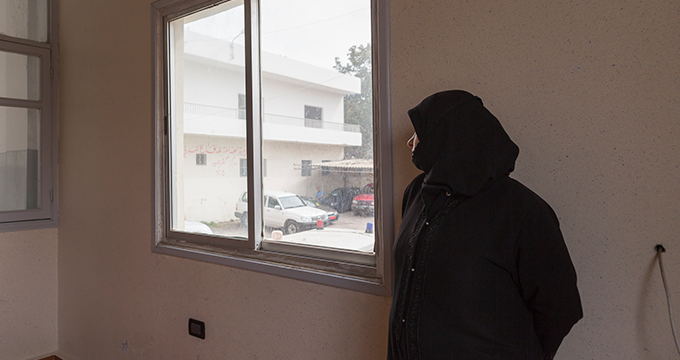