MAROUA/BATOURI, Cameroon – “My father forced me into marriage at the age of 14 – to a man I barely even knew,” Aminatou Bello, now 16, told UNFPA in Maroua, in the extreme north of Cameroon. The marriage quickly turned violent. “I was being beaten all the time,” she said.

Her situation is tragically common. According to a 2014 survey, over 22 per cent of girls aged 1 to 19 are already married or in a union.

Child marriage is a gross violation of girls’ rights. Child brides are less likely to complete their educations, less likely to emerge from poverty, more vulnerable to abuse, and more likely to have an underage pregnancy that exposes them to potentially deadly health complications. 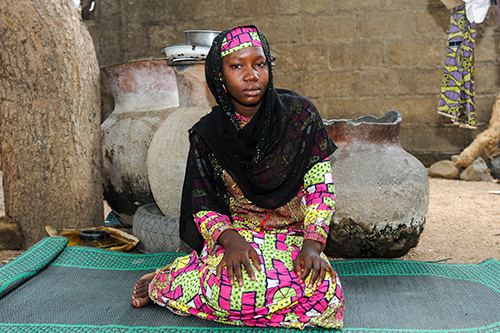 Aminatou Bello was married at age 14. She was beaten relentlessly until she managed to finally escape. © UNFPA

Aminatou was determined to escape her child marriage. She repeatedly ran away to her parents’ home. Each time, her husband showed up and dragged her back.

“A few months later, I left the house again. But this time around, I ran to my uncle’s place,” she said. “I explained the situation. He spoke to my father, who finally believed my story.”

Her father agreed to help Aminatou end her marriage.

He brought her to the Association Fighting Violence against Women, a UNFPA-supported centre in Maroua. The organization teaches survivors of violence income-generating skills, health information and messages of about gender equality. Together, these lessons help women secure their independence and thrive on their own.

“Today, I have found serenity," Aminatou said, who is learning to tailor clothes. “Now that I am learning a skill, I can manage life all by myself.”

In addition to working with civil society groups, UNFPA is also working with the government to support policies that promote girls’ welfare and prohibit child marriage. And UNFPA is supporting “husband’s clubs” that discourage this harmful practice.

In the eastern town of Batouri, Natasha Biendi was married off at age 13. Now 15, she says that life as an underage wife and mother has been hard. 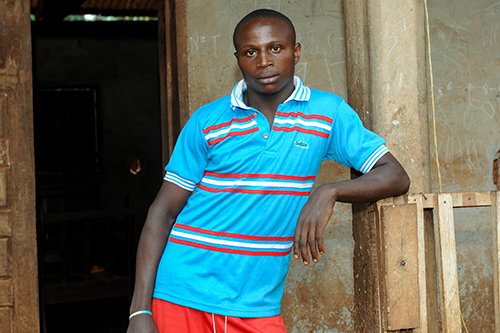 Marius married when he was 24 and his wife was 13. Today, he wants a better future for his daughters. " I cannot allow my daughters to go into marriage at the age of 13," he said. © UNFPA

“Being as young as I am, we don’t get to understand how a home functions,” she explained. “There is too much work to do – difficult work for that matter.”

But her husband received information from a UNFPA-organized husband’s club, a group of men who meet monthly to discuss family matters. At the meetings, UNFPA-trained facilitators raise issues, such as the damaging consequences of child marriage and early pregnancy, the need for pregnant women to obtain antenatal care, and the benefits of sending daughters to school.

Natasha’s husband has communicated many of these lessons to Natasha herself, who has resolved to help her daughter avoid the same fate.

"I will do everything for my child to get a quality education so she gets more opportunities tomorrow," she said.

Marius, 29, also received information from his local husband’s club. It has made him re-evaluate his own choices.

"When we got married, my girlfriend was 13 and I was 24 years old,” he told UNFPA. “We already have two daughters. But honestly, I cannot allow my daughters to go into marriage at the age of 13 because that is not good.”

Today, Marius dreams of much more for his daughters.

“I want my first daughter to become a doctor,” he said, “and the second, a teacher." 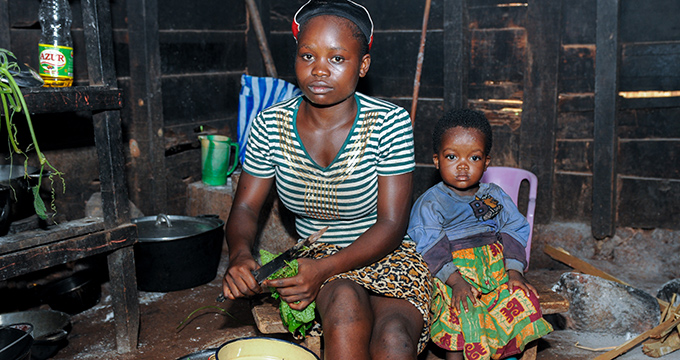