UNITED NATIONS, New York – Tragedies have been dominating the headlines. War and persecution achieved a terrible new milestone this year: More people are displaced from their homes than ever before in human history, the UN Refugee Agency announced in June. And progress seems painfully slow. More than 800 women die every day from pregnancy-related causes, and almost all of those deaths are preventable. Millions of girls are trapped in a cycle of extreme poverty, child marriage and teen pregnancy – misfortunes that perpetuate themselves across generations.

It is easy to feel resigned. But change is possible.

UNFPA has seen thousands of examples of smart, courageous, effective and positive change, from girls saving their peers from child marriage to young people dreaming up wildly new solutions to age-old problems.

Here are 10 New Year’s resolutions inspired by real people who are working every day to change the world.

Saba and her mother speak out against child marriage. Based on photo by UNFPA Jordan/Sima Diab.

The world’s problems seem so colossal, it can be hard to know where to start. But sometimes, the best place to begin is in one’s own community. Izdihar and her 15-year-old daughter, Saba, did just that.

Child marriage has dramatically increased among Syrian refugees in Jordan, as families struggle with poverty and insecurity. “If an entire family lives in one caravan – the mother, the father and several children – then it is easier to give one child to another family as a bride,” said Izdihar, who lives in the Zaatari refugee camp.

She and Saba started to intervene, convincing girls to reject child marriage and urging parents to send their daughters to school instead.

"When a girl gets an education and a diploma, she has a chance to get a good job instead of a husband who controls her," Saba said. 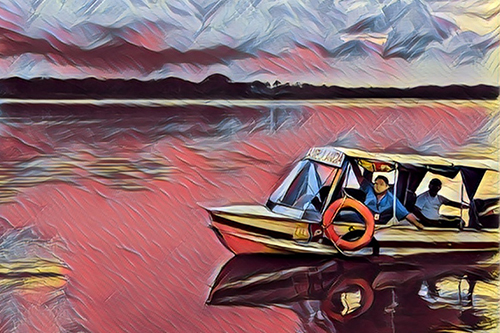 Dr. José Luis Palma Vélez aboard the "Health Canoe." Based on photo by UNFPA/Jose Antonio Guayasamin

Huge challenges can be overcome with teamwork. That is what villagers proved in their remote community in the Amazon rainforest.

Pregnant women in the area had long struggled to access health care. So community members banded together to buy an old boat, which they retrofitted into a water ambulance. The boat, called the “Health Canoe,” is used to transport women to the nearest clinic.

“If a woman misses a prenatal care appointment, it is easy to find her and give her the right support so she can get the medical care she needs,” said Dr. Palma Vélez, from the Puerto El Carmen Health Centre. 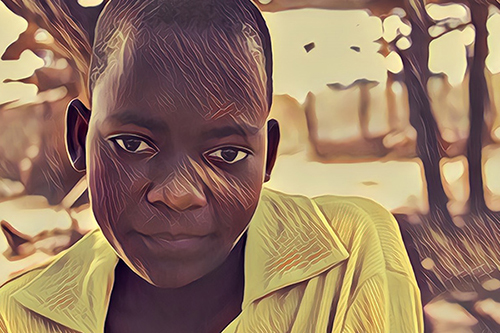 Starting with one package of snacks, Sibongile Majaura created a thriving business. Based on photo by UNFPA Zimbabwe/Nikita Little

Believe in your ability to change the world. Even a small act can have a snowball effect, making a huge difference.

At 11 years old, Sibongile Majaura was regularly turned away from school for non-payment of fees. But with the help of a girls’ club mentor, she opened her own business. It started when the mentor gave Sibongile a package of corn snacks.

Sibongile exchanged the snacks for maize, which she sold for $15. She used the money to buy two chickens. The hen had chicks, which Sibongile sold for $5 each. Within a month, she had earned enough to pay for school fees and to buy a uniform and stationery.

Today, she makes enough to pay the school fees for herself and her brother, and to buy essential items for her family.

“What our daughter has done is a miracle to us,” her mother said. 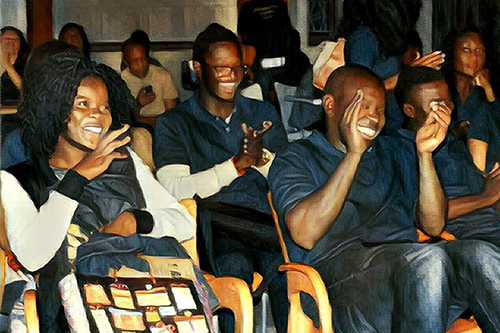 Namibian techies spent one day creating eight innovations to tackle violence against women. Based on a photo by UNFPA Namibia/Emma Mbekele

Sometimes, the key is a little creative thinking.

At a hackathon in Namibia, a group of young techies spent 24 hours dreaming up – and building – technology-based ways to combat gender-based violence. Within just a day, they had invented eight high-tech projects to help women report violence, record evidence for authorities, and coordinate the work of a real-life welfare agency.
“Technology can be a powerful force that opens exciting opportunities,” said Beaton Nyamapandi, one of the young hackathon participants. 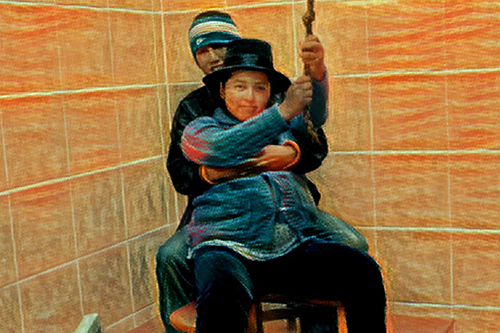 A couple demonstrates new equipment that aids in upright childbirth. Based on a photo by Panorama/Carlos Gomez

Problems – and solutions – emerge when we take the time to listen.

Until recently, when indigenous women in the Peruvian town of Vilcashuamán went to the clinic to give birth, they were forced to abandon their childbirth traditions. As a result, women felt the health system was unwelcoming and that their treatment was undignified. “When a woman went into labour, she was told to take off her clothes. But for an indigenous or rural woman, it is not easy to get undressed in front of strangers,” said Clelia Rivera, leader of an indigenous women’s association.

The association worked with UNFPA to convince health officials to make changes that accommodate indigenous traditions. Today, women can receive care in their native language, they can drink maté during labour, and they can even give birth upright, which is “faster, safer, less painful and more humane,” said Dr. Marlene Saira, a local obstetrician.

6. Draw inspiration from your own life 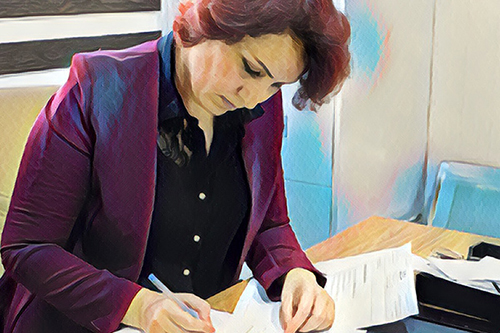 Dr. Nawzat helps survivors of abuse and violence, motivated by her own experience as a displaced person. Based on a photo by UNFPA Iraq/Turchenkova

That’s what Nagham Nawzat did. In 2014, as the Islamic State of Iraq and the Levant (ISIL, also known as ISIS or Daesh) closed in on the Iraqi city of Sinjar, the 38-year-old gynaecologist was forced to flee her home. Her own experience was harrowing, but she quickly learned that many women and girls fared much worse.
Physical abuse, sexual violence and even slavery have been reported, particularly among members of the Yazidi minority.

Dr. Nawzat devoted herself to helping these women and girls, motivated “not only because it’s my duty as a doctor, but I also witnessed what the survivors go through while I was displaced from my town.”

Today, she works at a centre in Dohuk, Iraq, that specializes in caring for survivors of all forms of gender-based violence. 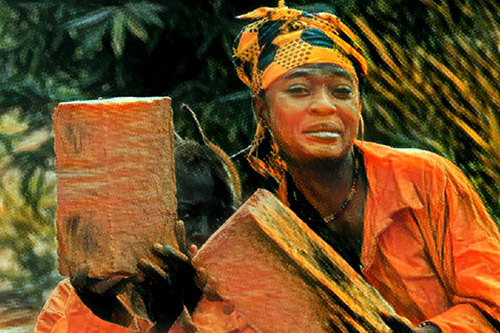 Women work together on a building project in the Central African Republic. Based on a photo by UNFPA

Friendship can be life-saving. In a displacement camp in the war-ravaged Central African Republic, Mathilde was struggling to support herself with no partner or parents – and then she found out she was pregnant. "The father of the child is dead,” she told UNFPA. “I am an orphan, and I didn't have the means to support my pregnancy.”

But she found help from a unique programme called Ita Ouali, which means “My Best Friend.” A mentor from the programme befriended her, and then helped her receive maternal health care and even find a job. “Today, I am selling donuts, and it is enough to take care of my baby,” Mathilde said. 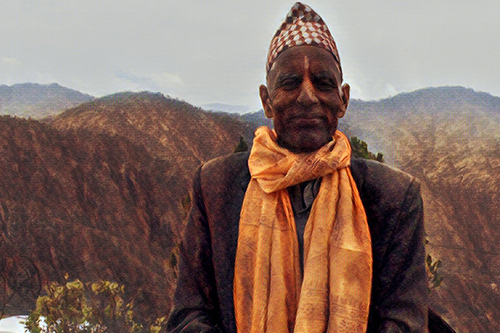 Everyone can be an ally. In Far Western Nepal, astrologers, shamans, faith healers and Hindu priests have taken up arms against child marriage. “We not only help people get rid of evil spirits and sickness, but also fight against social evils like child marriage,” said Shyam Bahadur Bhandari, a shaman.

Astrologer and priest Dev Dutta Bhatta uses a girl’s cheena – her astrological chart – to discern her age, and then urges her parents to wait until the girl reaches 20 before arranging a marriage.  “The birth date mentioned in the cheena is always true, and alerts us to the possibility of child marriages taking place – and the need to stop this from happening,” he said. 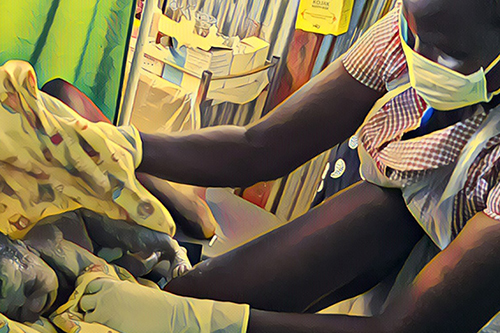 A midwife delivers a baby at a health facility in Juba. Based on a photo by UNFPA South Sudan/Arlene Calaguian Alano

Midwife Aber Evaline reported for duty at Juba Teaching Hospital, in South Sudan, hours before a battle engulfed the city. She and her colleagues found themselves on lockdown, with no staff to relieve them.

“I feared for my life,” Ms. Aber said. But she was undeterred. Together with two midwifery students, an anaesthetist, and the medical officer, she worked for five straight days – day and night – as bullets and mortars ripped through the streets outside.

Together, she and her team performed 60 vaginal deliveries and seven Caesarean section deliveries, saving many lives in the process. 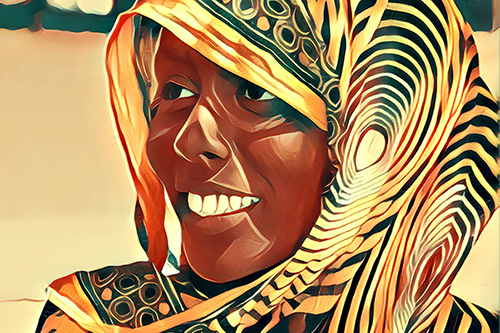 Fatuma Ahmed was subjected to female genital mutilation and child marriage, but these trials have only motivated her to fight against these harmful practices. Based on a photo by UNFPA/Abraham Gelaw

Fatuma had every reason to give up: She had been subjected to female genital mutilation (FGM) as an infant, and was married off at only 13 years old. The FGM scars made childbirth so excruciating, she is still haunted by the pain. She also suffered dangerous complications after childbirth, and then her husband deserted her.

But Fatuma would not allow those trials to break her. She went back to school and raised her daughter as a single mother. And she joined a “married girls’ club,” where she and other former child brides speak out against FGM and child marriage.

“I am a living witness to the unspeakable harms of FGM and child marriage,” she said, “and I will continue to teach my community to spare their daughters this ordeal.” 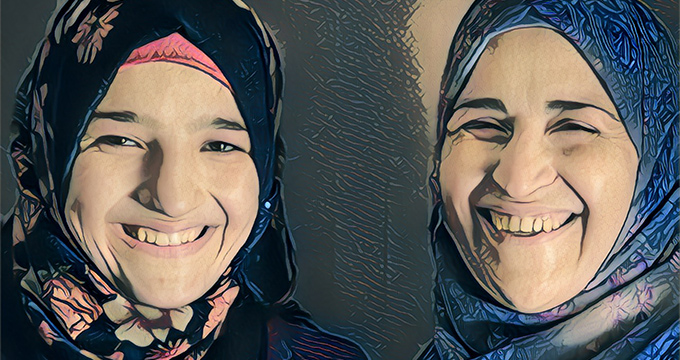