MIRAGOANE, Haiti – Hurricane Matthew roared through Haiti one month ago, destroying homes, hospitals, roads, crops and lives. With health and protection systems ravaged, risks to women and girls have soared. Urgent action is required to protect the lives of thousands of women and girls, yet the humanitarian response remains grossly underfunded.

Twenty-year-old Yvette* in southern Haiti was four months pregnant when the storm tore apart her home – and that was only the beginning of her ordeal. 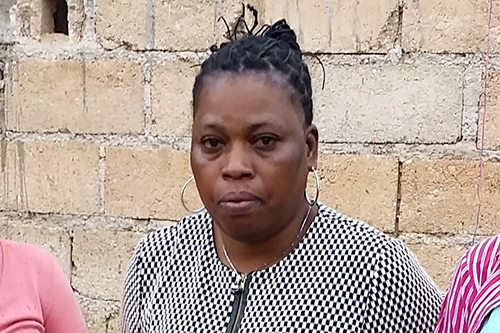 Jasmine Lamontagne runs a shelter in Paillant. Ms. Lamontagne paid to help one of the residents receive medical care after a brutal sexual assault. © UNFPA/Eddie Wright

She was invited into a neighbor’s home to take refuge after the hurricane. Instead of helping her, he brutally sexually assaulted her.

Yvette found her way to a shelter in the rural commune of Paillant. The shelter was run by Jasmine Lamontagne, who also lost her home to the hurricane.

Ms. Lamontagne paid out of her own pocket to help Yvette reach the hospital in Miragoâne. There, Yvette received post-rape care, including treatment to guard against HIV and other dangers.

Meanwhile, Magdala*, 32, was pregnant with her second child, and due to give birth only two weeks after the hurricane. Her first child was born by Caesarean section, and health professionals had advised she have another C-section to prevent possibly serious complications.

But the storm dismantled her home and washed away roads, leaving her marooned in Paillant, miles from the nearest maternity ward with an operating theatre. She, too, ended up in Ms. Lamontagne’s shelter. Fortunately, a visiting midwife from UNFPA sounded the alarm, and Magdala was evacuated to a hospital only two days before her due date. 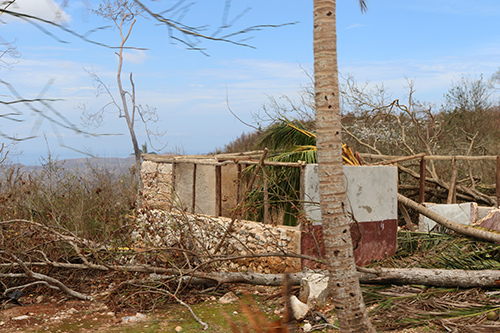 Magdala has since delivered a healthy baby boy. Both she and her son are doing well, but it is uncertain whether the local health services will be able to provide the medicine they both need.

“Few countries have been dealt an unluckier hand than Haiti in the last few years,” said Marielle Sander, UNFPA’s representative in Haiti.

Haitian women and girls have it tough even in the best of times. The country has the highest maternal death rate in the western hemisphere, and two thirds of women give birth at home. Physical and sexual violence are tragically commonplace.

And that was before Hurricane Matthew.

A recent assessment conducted by UNFPA and partners revealed widespread destruction to health facilities and massive shortages in health-care personnel.

UNFPA estimates that 13,650 women will give birth in next three months in the areas affected by the hurricane. Among them, about 15 per cent will endure complications and require emergency care. 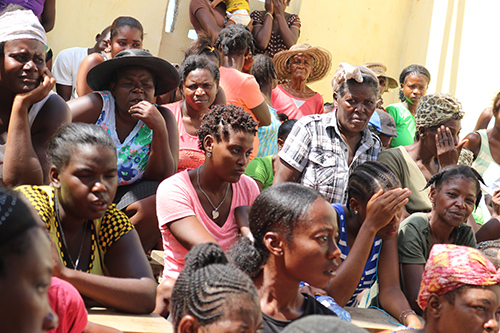 Women and girls face escalating risks in the aftermath of the disaster. © UNFPA/Eddie Wright

More than 10,000 women and girls in these areas are at risk of sexual violence.

“People are talking about food, shelter and water,” Ms. Sander said, “but what about the lives of mothers and their babies, and the right of all women and girls to live free from violence?”

UNFPA has deployed teams of midwives and mobile clinics to Grand’Anse and Nippes, two of the departments hardest-hit by the hurricane. These health professionals will be able to provide both maternal health care and referral services for survivors of violence.

UNFPA is also working with partners to rehabilitate maternity units damaged in the disaster, and is providing “Relief Baby Boxes” to support the health of 2,000 newborns. Over 260 reproductive health kits will also be provided – these kits contain the medicines and materials required to support safe childbirth, voluntary family planning, post-rape treatment and other care to 390,000 people for three months. 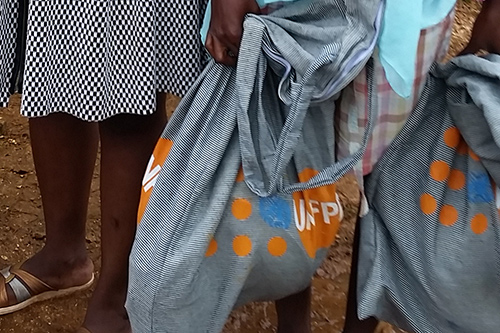 Additional supplies such as mosquito repellant and bed nets will also be provided to health centres to prevent the spread of Zika. 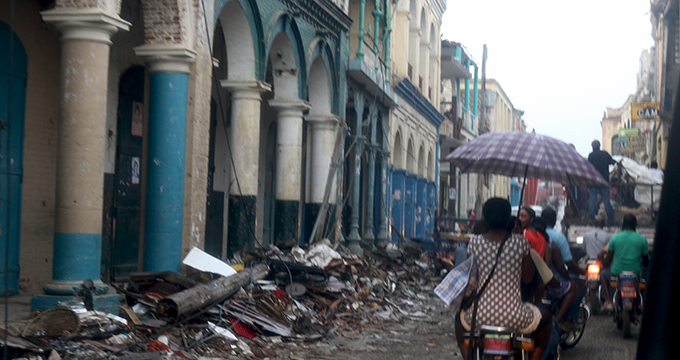