UNITED NATIONS, New York/COTONOU, Benin – A coalition of reproductive health organizations is sounding the alarm over the unmet contraceptive needs of hundreds of millions of people. Lack of funding for contraceptives is placing millions of women’s lives at risk.

In many developing countries, donor funding is required to make contraceptives available. Yet funding for these life-saving commodities has persistently fallen short.

“World leaders… are ignoring a global contraceptive crisis that threatens to put the health and well-being of thousands of women – and the success of the Sustainable Development Goals – at risk,” said a petition issued by the International Planned Parenthood Federation (IPPF), Marie Stopes International, PAI and the Reproductive Health Supplies Coalition. 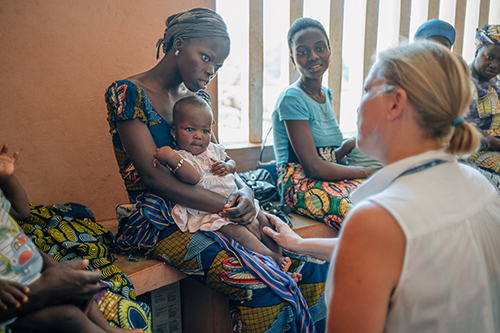 Women speak to a maternal health and family planning adviser at a health centre in Aplahoué. © UNFPA/Ollivier Girard

As an example, they list the shortfall in contraceptive funding facing UNFPA Supplies, the largest global fund dedicated to family planning. Last year, the programme launched a campaign to raise $1 billion by 2020. The fundraising is already far off track – $847 million is still needed to reach its goal.

What is at stake

Melody Abadji, a 24-year-old food vendor in Cotonou, Benin, knows all too well what is at stake – not only women’s health, but their futures and families as well.

“We didn’t want to have any children because of our difficult financial situation,” she said of herself and her partner, during an interview at a local clinic.

When she was 18 years old, Ms. Abadji learned she was pregnant. She was forced to drop out of school and put her dreams on hold. To support their baby, she and her partner moved from the northern city of Parakou to Cotonou to find work, leaving the child with her parents.

The fertility rate in Benin is persistently high, with women having an average of about five children each. And correspondingly, the maternal death rate is also extremely high, with women facing a 1 in 51 lifetime risk of dying from pregnancy related causes.

Many women, like Ms. Abadji, first become pregnant while teenagers. The high adolescent pregnancy rate is a major contributor to the country’s unequal school enrolment rate – 34 per cent of girls enrol in secondary school, compared to 50 per cent of boys. With lower educational attainment, girls are less equipped to escape poverty.

After Ms. Abadji moved to Cotonou, she learned about a clinic run by the Benin Family Planning Association, an affiliate of IPPF. The clinic receives health commodities, including male and female condoms and a wide range of hormonal contraceptives, from UNFPA Supplies. UNFPA Supplies also strengthens supply chains for the distribution of these materials. 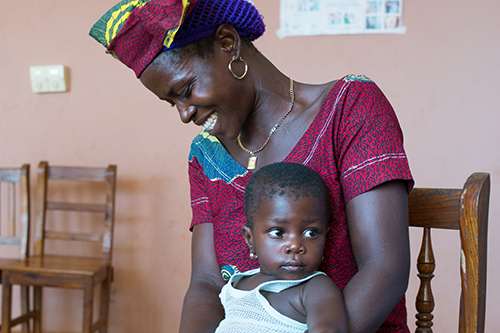 Ms. Abadji opted to receive a contraceptive implant to avoid pregnancy until she and her partner were more financially stable.

“Now,” she told UNFPA, “we are ready.” She had returned to the clinic have the implant removed, a procedure that took only a few minutes.

Daniel Lonmadol, the mayor of the nearby town of Aplahoué, told UNFPA that demand for family planning was increasingly rapidly, with hundreds of women seeking family planning counselling and supplies each month.

The availability of family planning has had a visible impact on the lives of people in Aplahoué, Mr. Lonmadol said, enabling them to save for the future and invest more in each child.

“Now I am trying to involve more community leaders, opinion leaders, religious leaders and political authorities in winning support for it,” he said.

The funding shortfall threatens family planning programmes like the one in Cotonou.

These kinds of gains are at risk.

The coalition of reproductive health organizations is urging countries around the world to focus on the life-saving and developmental importance of contraceptives, which are necessary to achieve the Sustainable Development Goals. The goals call for achieving universal access to sexual and reproductive health.

Another goal set by the global partnership FP2020 aims to reach an additional 120 million women with voluntary family planning by 2020.

“The Sustainable Development Goals cannot be achieved without sustained investment in contraceptives; giving women the means to prevent unintended pregnancy is critical to health, wealth and well-being,” the coalition petition says.

“A failure to meet the contraceptive needs of women,” it continues, “has the potential to derail progress already made.”

With reporting by Paul Okolo. 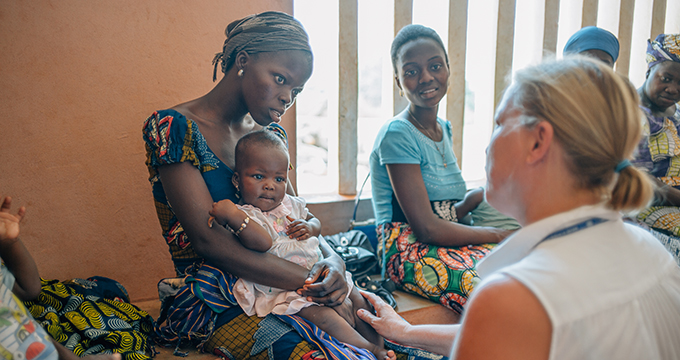