The continent is undergoing a seismic shift in its population structure, with more young people than ever before preparing to enter adulthood and the workforce.

“More than 30 per cent of Africa’s population is between the age of 10 and 24, and will remain so for at least the next 20 years,” UN Secretary-General Ban Ki-moon said in a statement prepared for the event. “With the right investments, these trends could be the region’s greatest asset.” 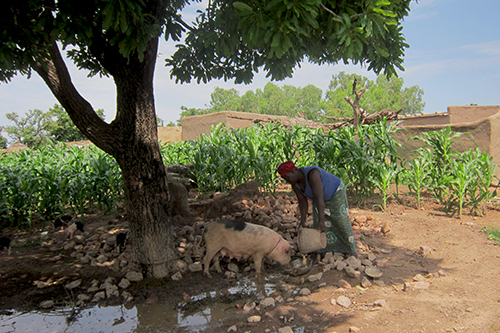 When the numbers of working-age people surpass the numbers of dependents, countries can experience an economic boom, a phenomenon known as a “demographic dividend.” But first, young people must be enabled to contribute to their countries and communities.

“We have estimates that show that if we do this, and we do it right, we can actually add to the GDP of Africa – $500 billion every year for 30 years,” said UNFPA’s Executive Director Dr. Babatunde Osotimehin. “It’s mind-blowing.”

Chief among the investments needed are: education; access to sexual and reproductive health care, including voluntary family planning; and the empowerment of women and girls.

“Educated, healthy and productive young people have a better chance of breaking out of poverty and making positive contributions to their communities,” said Erna Solberg, the prime minister of Norway.

Girls, in particular, must be reached by these efforts. Millions of vulnerable girls face the twin scourges of child marriage and adolescent pregnancy, practices that force them to drop out of school, diminishing their future prospects. 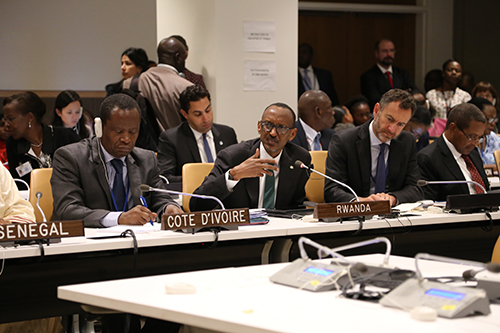 Rwandan President Paul Kagame speaks about the need for empowering women and girls. To the left is Abdallah Albert Toikeusse Mabri, foreign affairs minister of Cote d'Ivoire. Behind him is UN Secretary-General’s Envoy for Youth Ahmad Alhendawi. © UNFPA/Koye Adeboye

“Studies have been carried out, and it shows that Chad can benefit from a demographic dividend in a few years, provided we work on issues such as the empowerment of women and if we keep young girls in school,” President Déby told those assembled.

These efforts are already taking shape in many countries.

In the village of Bagre, in Burkina Faso, a women’s economic development centre is providing a broad range of services to empower women and young people. These include credit, training programmes, as well as information sessions.

“Our role is to reach out to women about family planning and then make available contraceptives,” Lydia Lingani, a peer educator, told UNFPA during a recent visit. Peer educators also spread word about the importance of antenatal care, girls’ education and ending child marriage.

When Aminata Loure, a mother of five, began frequenting the centre, she was planning to marry off her 14-year-old daughter Marceline.

Peer educators convinced her to cancel these plans. “Our decision was not easy,” Ms. Loure said. “We have suffered prejudice and misunderstanding around us… But when you clearly understand all the problems your daughter could suffer if she is married too early, then your conscience cannot allow the sacrifice.”

Both mother and daughter are now fully committed to Marceline’s education. 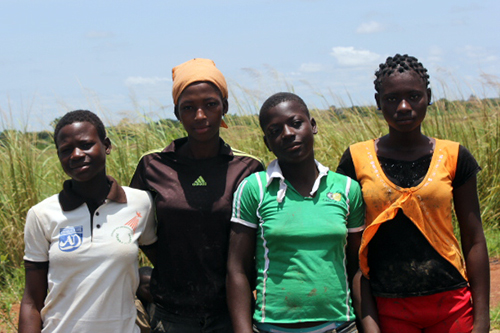 Marceline, second from the right, says she wants to be a doctor. She and her friends work in the rice fields during their school break. © UNFPA Burkina Faso/Bénédicte Bama

“My mother took me to her centre for a training on how to avoid early pregnancy,” Marceline told UNFPA, while standing ankle-deep in a rice paddy. “I work in the rice field during vacation. I spend all day here. I will use the money I earn to attend school next year.”

No longer destined for early marriage, she is dreaming big: “What I want is to stay in school, finish high school, and become a doctor,” she said.

The Bagre economic centre is one of many programmes supported by the Sahel Women’s Empowerment and Demographic Dividend (SWEDD) project – a partnership of UNFPA, the World Bank, and the governments of Burkina Faso, Chad, Côte d'Ivoire, Mali, Mauritania and Niger.

“We have made tremendous strides together since establishing the SWEDD partnership,” Dr. Osotimehin said at the UN meeting. “But our work is not finished.”

“The problem is known. What needs to be done is known,” said President Kagame.

If the right investments are not made, a tremendous opportunity could be lost.

“Changes in population size and age structure are not visible on a daily or yearly basis, which is why they are easy to miss,” said Keith Hansen, vice president for the World Bank Group. “But they are very, very costly to ignore.” 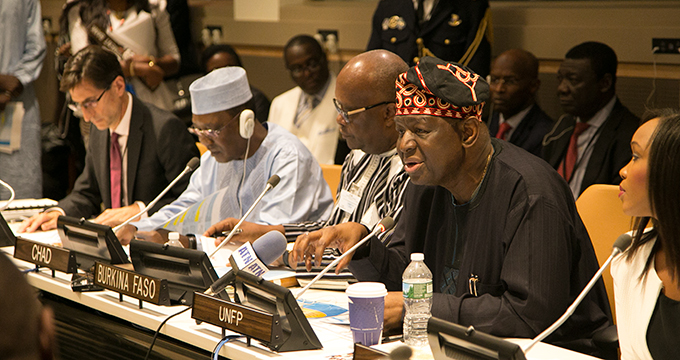