MAIDUGURI, Nigeria – Zarah Bunu was just a teenager when she was forced to flee her home in north-eastern Nigeria two years ago. The steady drumbeat of fear and violence caused by the Boko Haram insurgency pushed her and millions of others into displacement. Her circumstances grew even more worrying a year ago, when she learned she was pregnant.

Displaced populations are living in crowded camps and resource-strained host communities. Health facilities were among the locations targeted by Boko Haram, causing health workers to flee, which left thousands with precarious or non-existent access to care. 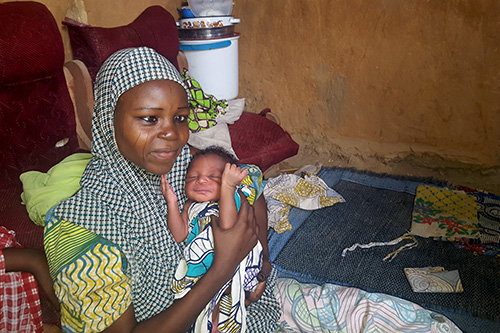 Zarah Bunu with her Son, Modu Bulama, three days after his birth. They are living in a small home in Kukareta, a rural community in Yobe State. © UNFPA Nigeria

But Ms. Bunu was fortunate. She was able to visit a UNFPA-supported health centre in the rural community of Kukareta.

“Every few months, I went to the health facility in the community to make sure I was okay,” she said.

On 7 June, she gave birth to a healthy baby boy. She named him Modu Bulama.

It was one of over 60,000 UNFPA-assisted safe deliveries.

Boko Haram poses one of the gravest security threats in Western Africa. Their attacks have predominantly affected north-eastern Nigeria, but the violence has also spilled over to into neighbouring regions and countries – including Cameroon, Chad and Niger.

The insurgency has killed an estimated 20,000 civilians, according to media reports.

Thousands have been abducted and subjected to forced labour, forced combat, forced marriage and sexual slavery.

The crisis has affected over 14.5 million people, some 2 million of whom have been displaced from their homes.

Amid this chaos, UNFPA is working with partners to provide sexual and reproductive health care, counselling and other critical services to those affected.

Reproductive health care, even in chaos

The clinic Ms. Bunu attended is one of 200 UNFPA-supported health facilities in Nigeria’s North-East.

UNFPA provides these clinics with comprehensive reproductive health kits, which contain supplies for family planning, prenatal care, safe delivery services and post-partum check-ups. They also enable the treatment of sexually transmitted diseases, and include medications that can prevent the transmission of HIV and assist in the clinical management of rape.

It is part of a UNFPA plan to restore access to reproductive health services to about 4.5 million people affected by the crisis. 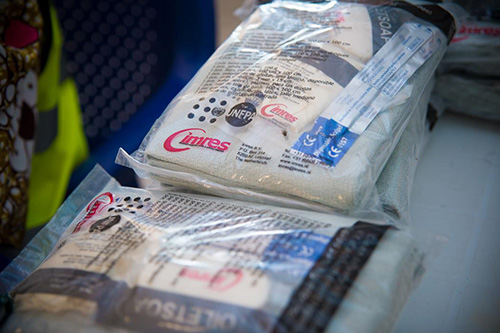 “For many of us, access to reproductive health services is not a challenge. But for a survivor of insurgency in an IDP [internally displaced person] camp, these needs are not easily met,” said Ratidzai Ndhlovu, UNFPA’s Representative in Nigeria.

A safe space to heal, grow

UNFPA also provides counselling and psychosocial support so affected communities can begin the process of healing.

“I remember hearing gunshots so I ran to save my life and that of my six children, but I was not fast enough,” Zainab* told UNFPA last year, after she was abducted in May. She was pregnant at the time of the attack.

She was taken to Sambisa Forest, where she was starved and mistreated. Soon after, she lost her pregnancy.

Hafsat*, an adolescent girl, was forced to marry a member of the armed group. She was sexually abused a number of times before being abandoned.

Hafsat and Zainab have both received counselling and care from UNFPA-supported psychosocial services. The counselling sessions are conducted in safe spaces where women and girls can gather in privacy.

The safe spaces also offer lessons in vocational skills, part of an economic empowerment scheme that enables women and girls to support themselves. About 108,000 survivors of violence have benefited from this support.

Some 3.2 million people have so far been reached by UNFPA’s efforts, but much more remains to be done. There are an estimated 800,000 people in areas newly recaptured by the armed group who are in need of life-saving humanitarian support. 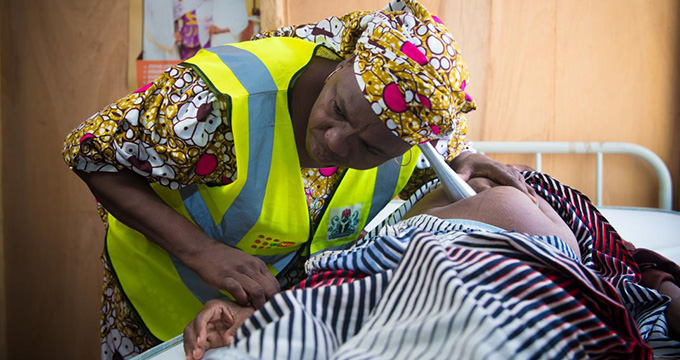