MULANJE, Malawi – Alice Sabuni has been living with obstetric fistula since 1949, when she gave birth to her first child, at age 17, a year after she was married. Now 83, many of her recollections from those days have grown a bit hazy, but she vividly remembers being in labour – and pain – for two days before she was taken to a hospital.

As a result of the excruciating ordeal, she developed fistula – a hole between the birth canal and bladder or rectum that is usually caused by prolonged or obstructed labour. The condition results in chronic incontinence, infections and, all too often, fierce discrimination.

“Obstetric fistula is almost exclusively a condition of the poorest, most-vulnerable and most marginalized women and girls,” says UNFPA Executive Director, Dr. Babatunde Osotimehin. “It afflicts those who lack access to the timely, high-quality and life-saving maternal health care that they so desperately need and deserve, and that is their basic human right.”

The theme of this year’s International Day to End Obstetric Fistula, 23 May, is “End fistula within a generation.”

And in November, after 66 years of shame, hiding and discomfort, Alice discovered that she might finally have the chance to end hers. 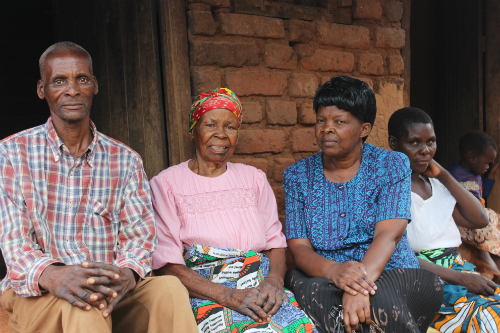 Holding out hope for a cure

Globally, two million women and girls suffer from the devastating condition, and although it is almost entirely preventable, between 50,000 and 100,000 still develop the injury annually. In most cases, it can be repaired with a simple surgery, but in many areas women lack awareness of or cannot afford the procedure, and doctors are not properly trained to perform it.

And so, due to the stigma – and isolating stench – that often accompanies the condition, fistula condemns many women to a lifetime of being shunned by their family and community, and it is not unusual to find them living alone in huts on the fringes of their villages and towns, isolated, unemployed and alone.

Despite living with her injury for the better part of a century, Alice says she is lucky. Unlike many women with fistula, her husband stayed with her for decades. And with help from him and her sisters, she was able to hide her injury from most of the people living in her small village, 60 kilometres from the city of Blantyre, and avoid widespread discrimination.

“I think this man loved me a lot because most men would not stay with a woman who had this condition,” she says. But even with her family’s help, some of the village residents did discover her condition. “There have been times when people thought she was bewitched,” says her niece, Shone.

However, Alice was always considered the strong one among her sisters, and even in the face of these pernicious, and possibly dangerous, rumours and the discomfort of her injury, she stayed determined. Over the years, she gave birth to five more children, supported her family by farming – despite her incontinence, and eventually welcomed 25 grandchildren into the world.

But still, even though her family had accepted her condition as permanent, she held out hope that with everything she had lived to see, she might live to see a cure. 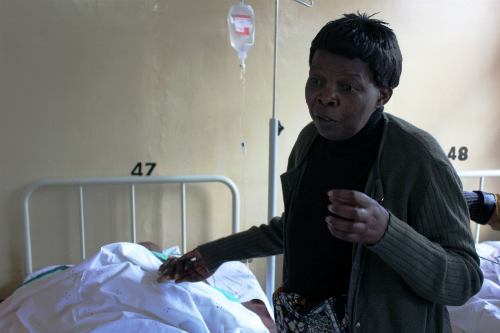 Ending fistula one surgery at a time

In 2003, UNFPA launched the Campaign to End Fistula with partner organizations, and in 2007, the campaign came to Malawi, where at least 20,000 women are estimated to have obstetric fistula. As part of the campaign, UNFPA Malawi brings in foreign experts to train local clinicians on repair surgery, works to improve awareness of fistula and link women to care and holds rotating fistula camps around the country – during which women can access free fistula repair services.

In November, Shone heard on the radio that one such camp was coming to the Mulanje District Hospital, only a few hours away from their village, and though many members of the family were suspect that the treatment could work, she decided she had to get Alice there.

She succeeded. And Alice was among the 21 women who received surgery as part of the two-week camp.

“I am healed, save for a few emotional wounds that are taking time to heal. Where were you all these 66 years?” she says. “I would not have suffered as much if I had received this treatment earlier. Regardless, I am a happy person now.” 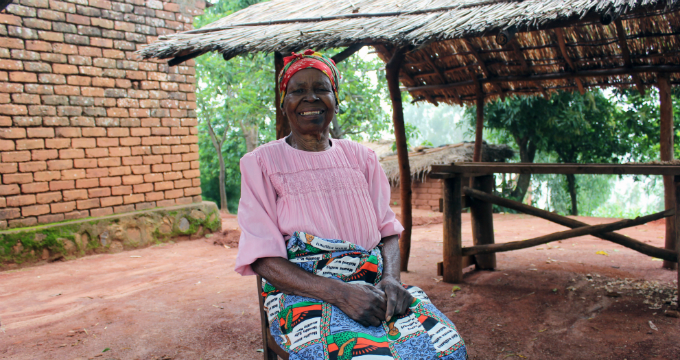