Transforming lives by improving access to fistula repair in Nepal

DHARAN, Nepal – When Rita Devi Chaudhary gave birth to her first child, at age 23, a small fistula that had caused her mild discomfort since age 10 tore into a much larger injury. As a result, like many of the 2 million women living with the condition globally, she began to suffer chronic incontinence – and constant humiliation and discrimination.

It was the year 2000, and though fistula – a tear or hole in the birth canal that often results in leaking of faeces and urine and dangerous infections – has long been preventable and treatable, at the time, awareness around the condition and access to the surgeries to repair it were extremely low in Nepal.

And Rita could find little information about the injury that had suddenly upended her life. “I was leaking bodily fluids for two years before I went to seek treatment,” she says.

Rita first visited the city closest to her home village in the foothills of the Himalayas. After failing to locate a physician trained to perform fistula repair surgery there, she used the little savings she had to travel the country.

However, in clinic after clinic, she couldn’t find a doctor trained to treat her. “Eventually, I decided to try to find help in India,” she says, but there too she could not access properly trained medical professionals.

“Doctors there tried to treat me for one month, but they couldn’t fix the problem. They referred me to another hospital, but the fee was very high, and we were very poor, so I came home,” she says.

Forced to live in isolation 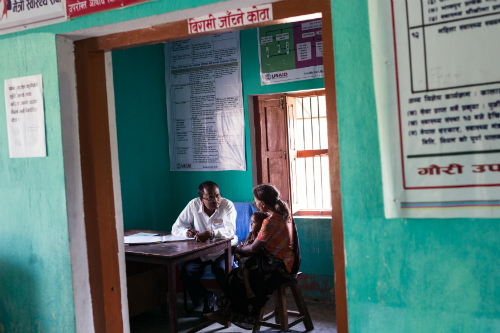 Now, an increasing number of doctors and nurses are receiving training on how to treat and prevent fistula. © Nicolas Axelrod/Ruom for UNFPA

Fistula is most commonly caused by prolonged or obstructed labour, and can be nearly eliminated by ensuring the presence of a skilled birth attendant during all deliveries. However, in Nepal, only 55 per cent of births are attended by skilled health workers, and this low rate not only leads to fistula, but also to a national maternal mortality ratio of 258 deaths per 100,000 births – one of the highest incidence in Asia.

In addition, as Rita discovered, until recently, few physicians were trained in fistula repair, and when these surgeries were available, they often cost more than the women most likely to need them could afford.

This left fistula sufferers, who frequently develop the condition when they are quite young, with few options other than a lifetime of dealing with fistula and the intense stigma, discrimination and abandonment by family and friends that often accompanies it.

Another twelve years passed after Rita’s journey, during which she gave birth to five more children – and with each delivery, her injury worsened. Soon, she was living in total isolation, and for years did not attend a single event outside her home.

“I was always leaking, and the smell was very embarrassing, and many would refuse to eat any food I made,” she says. “I kept wondering, ‘when will I be cured so I can wear nice clothes and join my community.’”

However, unbeknownst to her, the lack of treatment and awareness she had confronted when traveling Nepal had already begun to change.

In 2010, the Campaign to End Fistula launched in Nepal, and programs to prevent and treat fistula and reintegrate the previously isolated women who had received repair surgeries back into society began opening throughout the country.

Then in 2014, a skilled birth attendant, who had recently started working in Rita’s community, referred Rita to a UNFPA-supported hospital in the nearby city of Dharan, telling her should could now receive the treatment she had searched for for so long – free of charge. “Finally, I feel as though I am cured,” she says.

However, in April 2015, a devastating earthquake destroyed 84 per cent of the Nepal's health facilities, interrupting efforts to improve fistula treatment. But clinics and hospitals are now reopening.

And in November, the government officially launched and began to broadly disseminate a competency-based training manual on how to manage, treat and prevent fistula. The manual had first been developed, approved and employed to effectively train a limited number of surgeons and nurses in 2014, before the quake hit, with support from UNFPA and Jhpiego.

“Because of the Campaign to End Fistula, the government has improved its policy, and fistula checks are now a regular part of post-natal examinations,” says Dr. Mohan Chandra Regmi, the fistula surgeon at BPKIHS, the hospital in Dharan where Rita received her surgery. “The main challenge now is client identification, awareness and reintegration. Because of their social isolation, [fistula sufferers] don’t come out of their homes, much less visit a health centre. We need to find new cases early on to prevent this isolation.” 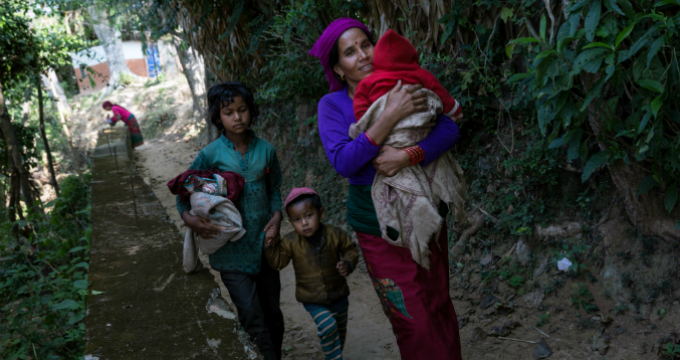 Transforming lives by improving access to fistula repair in Nepal