CHIMALTENANGO, Guatemala – Natividad Coc believes midwives are born, not made, and she received the calling herself and started midwifery training while still a young girl.

One sunny afternoon, as she makes her rounds in the mountainous district of Chimaltenango, Mrs. Naty – as she is known – stops in on Paola, who is 21 and pregnant with her second child. Before beginning the exam, she affectionately asks after the seven children in Paola’s family she has already brought into the world. After, they discuss Paola's diet and her other health-related concerns.

Paola says she trusts Mrs. Naty more than physicians in a hospital or clinic, but adds that if Mrs. Naty detected a problem and referred her to a medical facility for an ultrasound or treatment, she would go.

Guatemala is also one of the poorest countries in Latin America, and it has long had one of the region’s highest maternal mortality rates.

In 2006, in an effort to drive down this rate, UNFPA joined forces with Guatemala’s Ministry of Health, NGOs and traditional women’s groups to establish an intercultural approach to maternal health that relies on the long-established expertise of midwives, but offers them additional training and support and links them to physicians and medical facilities.

“I myself was born with a midwife in attendance,” says Dr. José Florencio Simón, director of Community Health Services Association (ASECSA) in San Juan de Comalapa, an organization that midwives in the region regulary visit to share their experiences and receive training. “Here in Comalapa, we try to integrate different types of wisdom." 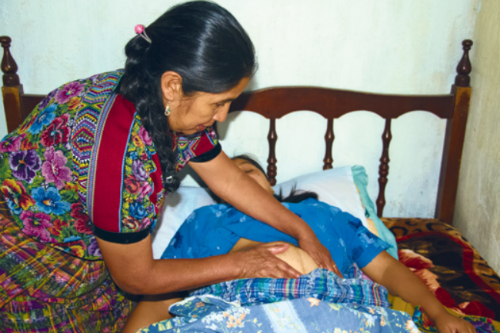 In Guatemala, 40 per cent of the population is indigenous, representing 24 distinct tribes or groups, and over half of Guatemalans live in rural areas, where there are often few clinics or hospitals. As a result, many people are suspect of outside providers, and often associate visiting clinics and hospitals with ending up on the operating table.

To improve the care these rural and indigenous women and girls receive, UNFPA and its partners have trained midwives and a team of community educators on all aspects of reproductive health – including reproductive rights, prenatal and postnatal care, family planning, high risk pregnancy signs and symptoms and the importance of skilled attendance at birth.

The educators, who are often local men, then bring their knowledge to their communities and can help involve other men in the process. They also often support midwives and outside emergency obstetric teams during deliveries and emergencies.

According to UNFPA estimates, a well-trained and well-supported midwifery workforce in low-resource settings could help avert roughly two-thirds of all maternal and newborn deaths, and since 2009, UNFPA has helped train over 35,000 midwives in Guatemala. 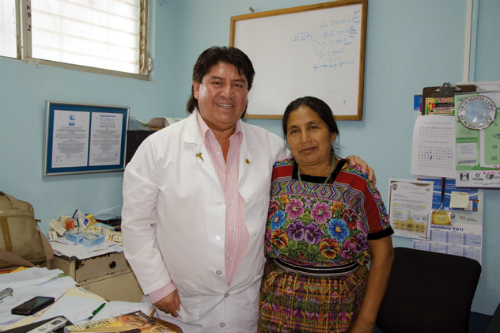 The Fund also works with health ministries, hospitals and health workers to support emergency obstetric care in places where it is not readily accessible, and works to improve the availability of quality, reliable contraceptives throughout Guatemala.

“We were able to recognize the ancestral wisdom possessed by midwives and to close the gap and bring about a balanced approach to reduce maternal mortality rates,” says Lourdes Xitumul, National Minister of Women’s Issues.

Rosa María Chex, age 59, has delivered over 1,000 babies in the 23 years she has been working as a midwife. “At a hospital, a woman has her baby and goes home the next day,” she says of why her expertise is important and unique. “We do not just assist with births, we support the women, and we guide and advise them throughout the pregnancy. We deliver the child, and we visit it every day during the forty-day rest period, continuing for up to two years. This is why people refer to us as ‘grandmothers.’” 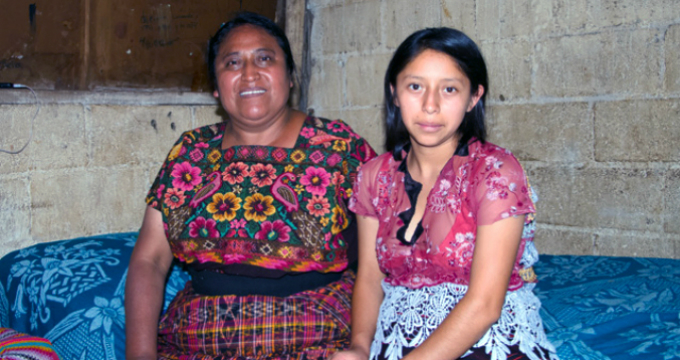